Early Music 2013
Everything in a state of flux

It may sound paradoxical, but Early Music is younger than ever. This is as true of many dedicated ensembles as of performances from Dortmund to Stuttgart and from Regensburg to Herne. 2013 was not a year of great fireworks, but rather one of steady and generation-spanning changes.

The term “Early Music” is a makeshift with multiple meanings and one that can therefore easily cause confusion. According to the German Wikipedia article, for example, the term still comprises only “European music styles from various epochs before about 1750”, whereas the English entry refers to the New Grove Dictionary of Music and Musicians, according to which the term “Early Music” is now used for all kinds of music “for which a historically appropriate style of performance must be reconstructed on the basis of surviving scores, treatises, instruments and other contemporary evidence”.

Not “can be”, mind you, but “must be”. Even in German musical jargon, the phrase “Early Music scene” now refers to interpreters and conductors for whom this imperative has become a matter-of-course. Independently of epochal borders, the term designates the (especially in Germany) highly variegated and heterogeneous scene of “historically informed performances”, which already arrived in the early twentieth century. The more the knowledge prevailed that this style is not about preserving the sound of bygone epochs, but rather about enhancing the effect of the music using the means provided by the composer, the more widely the impulse of the Early Music movement has spread and led, in a seeming paradox, to a profound renewal of performance and listening habits even in the established music scene.

The concertante version of Parsifal, with which the conductor Thomas Hengelbrock and his Balthasar Neumann Ensemble achieved a highlight of the Wagner Year 2013 in January at the Dortmund Concert Hall, may therefore well be counted as an event within the range of Early Music. Hengelbrock, a former violinist and co-founder of the Freiburg Baroque Orchestra, a passionate opera lover and restlessly inquiring mind, approached the so-called “sacred festival drama”, which is considered the peak of Wagnerian instrumentation magic yet also swirls in a fog of diffuse art religion and ideological distortions, with original or reconstructed instruments. Based on the rehearsal notes of Wagner’s assistant Heinrich Porges, which hand down the amazingly precise musical vision and singing instructions of the Master, the Balthasar Neumann Ensemble and a team of handpicked soloists freed the music from the sediment of the last thirty years. They brought to light captivating colours, finely nuanced emotional states and a fresh depth and, at the same time, simplicity that made the work suddenly appear very contemporary.

In 2010 in Dortmund and under Hengelbrock’s baton, Cecilia Bartoli debuted Bellini’s Norma in the first historically informed version of an important bel canto opera. In the double role of artistic director and prima donna of the Salzburg Whitsun Festival, the singer has now repeated the experiment, this time concertante, with Giovanni Antonini’s Giardino Armonico and with even greater triumphant success. That the Whitsun offshoot of the world-famous festival has been dedicated since 1998 to the Baroque repertory and, under Bartoli’s aegis, to Early Music in the broader sense can be seen as symptomatic: apart from special events for contemporary music, there is hardly any longer a festival without a strong mixture or complement of Early Music. 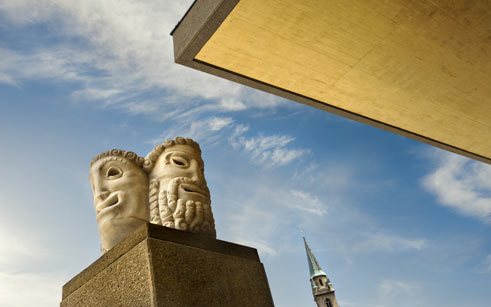 Real fans, however, will always decide in favour of the Regensburg Early Music Festival for Whitsun, the only festival in German-speaking countries that ranges over about a thousand years of music history, “from the Middle Ages to Romanticism”, exclusively with concerts based on historical performance practice. In 2014 it will be celebrating its 30th anniversary with numerous highlights, which is why the 2013 programme may have seemed somewhat less spectacular. But between the opening with Beethoven’s First Symphony and Mozart’s Requiem (with Concerto Köln), and the finale with Hadyn together with his contemporaries (with Les Agrémens from Belgium), last year too guaranteed inspiration, the joy of discovery and much material for discussion.

A characteristic of the Early Music scene, its international networking and cooperation, could always be well observed at the Regensburg festival: the same musicians play in ensembles from various European countries and groups from the United States, Canada and Australia move confidently in the traditions of European styles. But Eastern Europe, which for obvious reasons could join the trend only later, remains for many listeners terra incognita. It was therefore all the more meritorious that the Herne Early Music Festival focused its 38th edition in 2013 on “Sound Landscapes of Eastern Europe” and made possible very exciting encounters with musicians from Romania, Serbia, Russia, Latvia, Poland, Hungary and the Czech Republic.

The most prominent of these ensembles, the Prague Collegium 1704, led by the harpsichordist, horn player and conductor Vaclav Luks, had previously been a guest at the European Music Festival in Stuttgart, that is, at the place where, in 2013, a truly historic if overdue generational change occurred: the 24th of August was the day when Helmuth Rilling, the now eighty year-old founder and decades-long head of the International Bach Academy, the Gächinger Kantorei and the Stuttgart Bach Collegium, passed on the torch to Hans-Christoph Rademann, born in 1965 in Dresden. And although the successor, who will for the time being continue to lead the Dresden Chamber Choir (which he founded) and the RIAS Chamber Choir, has not behaved like a revolutionary, he has made no secret of the fact that he grew up with historical performance practice and means gently to recast the Stuttgart Bach heritage in the corresponding fashion. As far as historical performance was concerned, Rilling was the last Mohican: in the days of Karajan and Karl Richter a pioneer of a leaner Bach sound, he later refused to accept the insights and stimulation of the Early Music movement with an astonishing pertinacity. His fan base is still large. It remains to be seen what Rademann will be able to risk with the conservative Swabians. 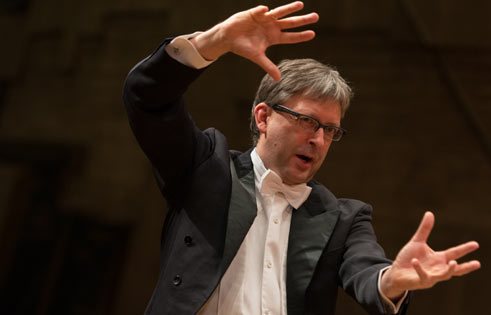 Two pioneers of the Early Music movement celebrated their 60th birthdays in 2013: Konrad Junghänel, the early acclaimed lutenist and Cantus Cölln ensemble leader who has become a much sought-after conductor, and Thomas Albert, the Baroque violinist, initiator of the Bremen Academy for Early Music (the first German educational institution of its kind) and founder and artistic director of the Bremen Music Festival, whose focus is likewise on Early Music. 2013 could also commemorate a group that today exists only in legend: the Baroque orchestra Musica Antiqua Köln would have been forty year-old last year had it not been disbanded following the illness-related end of the violin career of its leader Reinhard Goebel. And finally, Concerto, the leading German-language magazine for Early Music and historical performance practice, celebrated its 30th anniversary and 250th edition in 2013.

In Concerto, by the way, the Viennese Baroque music expert Bernhard Trebuch lamented the lack of artistic daring of contemporary exponents of Early Music, the tendency to imitation and “prima vista” interpretations – a warning that should be borne in mind. When, however, we hear recording like the new performance of Bach’s Brandenburg Concertos by the Hofkapelle München, led by the Baroque violinist Rüdiger Lotter, which appeared in November 2013, we no longer fret about a lack of daring, originality and skill in young German practitioners of historical performance: any ensemble that can still extract so many new and amazing facets from these pieces must have a bright future ahead of it.

The Händel Festival in Halle also obviously has a future, though it was cancelled in June of 2013 because of acute threat of flooding. Highly dramatic debates at the time prophesied the definite end of the festival, but the programme for 2014 looks as promising as if nothing had happened. Fortunately – because however well stocked the German Early Music festival scene may be, the many highly qualified instrumentalists and singers for whom earning a livelihood in the free market is becoming more and more difficult could hardly do without any of these events.

Kristina Maidt-Zinke works as a cultural journalist for the newspaper Süddeutsche Zeitung, specialized on music and literature.