The most crucial outcome of the year in early music: the music of Bach’s son Carl Philipp Emanuel came centre-stage in the music world, with a great many CD productions and festival programmes, for the 2014 tercentenary of his birth. Meanwhile, concert organizers and promoters are looking for new ways and concert formats to put early music across. 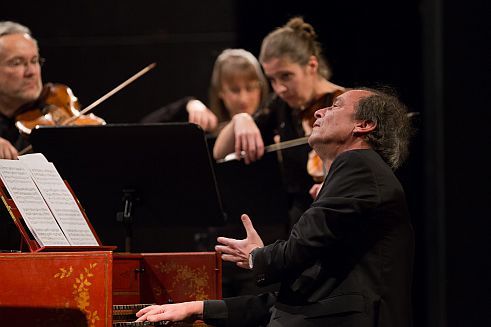 Some new recordings of the Brandenburg Concertos were reviewed last November in the music supplement to the weekly Die Zeit. The critic says Concerto Köln and the Freiburg Baroque Orchestra, the “most renowned German orchestras for historically informed performance”, take a cautious approach to the music. The Freiburg rendition shows little interest in French elegance, he says, whilst the Cologne recording lacks beauty of tone – a far cry from the golden age of historically informed performance back in the 1980s with The English Concert and Musica Antiqua Köln. Is the reviewer right in detecting signs of fatigue in historically informed performance, even among top-notch ensembles? The statistics alone belie any such contention. Concerto magazine lists over 650 new releases of early music in 2014 (though not all from Germany, of course), so in any case the CD industry’s commitment to early music was clearly not exactly flagging last year. Furthermore, new discoveries and new renditions of the canonical repertoire continue to balance each other out in early music. And Johann Sebastian Bach remains number 1.

But what was quite amazing was the extent to which Bach’s second-eldest son, Carl Philipp Emanuel, in the tercentenary year of his birth, got pushed to the forefront of new recordings of early music and, above all, of early music concert programmes in 2014, far eclipsing the year’s other major jubilarian, Christoph Willibald Gluck. There was hardly a trace of the latter in the CD market, with the notable exception of a recording of Gluck’s version of La clemenza di Tito by the L'arte del mondo ensemble under Werner Ehrhardt in a coproduction by Bayer Kultur, WDR and Deutsche Harmonia Mundi. Also the opera companies presented Orfeo ed Euridice and the two Iphigenia operas, as they do every year, as well as Armide in Lübeck and Ezio in Frankfurt (which ran to December 2013). Gluck wrote roughly 50 operas. The Gluck Opern Festspiele in Nuremberg did feature Paris und Helena and Le Cinesi, and the Tage Alter Musik in Herne a German premiere of Atto d'Orfeo, a version of Orfeo that Gluck transposed up for a soprano castrato at the court of Parma in 1769.

While the response to the Gluck tercentenary was (unfortunately) rather meagre, there was a downright glut of performances of C. P. E. Bach. Even the Magdeburg Telemann festival saw its eponym and programmatic polestar this time around in terms of his family connection to C. P. E. Bach, for Telemann was his godfather. The early music festival in Herne took “Seelentöne”, or “sounds of the soul”, for its theme, looking for traces of the “sensitive style” in music down through the centuries, starting with C. P. E. Bach’s music, from the Johannesminne (emotional devotional songs to John the Apostle sung in medieval convents) to Beethoven’s cello compositions. And the Bachfest in Leipzig, titled Die wahre Art after C. P. E. Bach’s seminal essay on the "True Art of Playing Keyboard Instruments”, celebrated the son’s would-be 300th birthday and not the father’s 329th. As did the Thuringian Bachwochen, themed “300 Jahre Vater und Sohn” (“300 Years of Father and Son”), and the biannual baroque festival in Stuttgart. The Bach cities of Hamburg, Berlin, Potsdam, Weimar, Leipzig and Frankfurt an der Oder (where C. P. E. Bach studied law) joined forces to set up a special website (cpebach.de) for the tercentenary. Hermann Max, like some other festival organizers, did not devote his Knechtstedener Alte Musik Festival to C. P. E. Bach, but as conductor he did take his production of the oratorio Die Auferstehung und Himmelfahrt Jesu on tour to the Rheingau Festival and to the Festival Europäische Kirchenmusik (European Sacred Music Festival) in Schwäbisch Gmünd. The Lautten Compagney Berlin, which is active nationwide and may well be the ensemble with the most sophisticated programming in the German early music scene, took part in the performance of all four of C. P. E. Bach’s passions on Good Friday in Berlin. 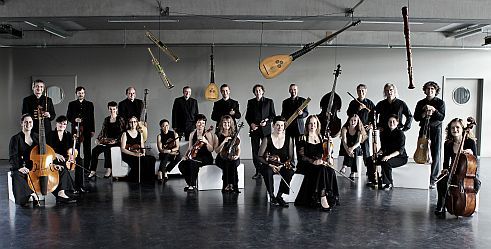 So it may be said – and this is probably the most crucial outcome of the year in early music 2014 – that the music of Bach’s son, which back in the 1970s and ’80s was mostly gathering dust in the archives, accessible at most to a specialist public, has now come centre-stage in the German music scene. Seldom has a jubilee year gone so far in restoring a composer to prominence.

Germany’s early music festival scene is dense and diverse. There are some special festivals like the Tage Alter Musik in Regensburg, which has made a name for itself over the course of its 30-year existence as an event where again and again ensembles from all over the world are discovered, or the Tage Alter Musik in Herne with its elaborate dramaturgical and thematic choices, which will be 40 years old next year. Other festivals are rooted in their regions or specific venues, such as the Musikfestspiele Potsdam (launched 60 years ago as the Parkfestspiele Sanssouci), the Arolser Barock-Festspiele in Bad Arolsen or the Brühler Schlosskonzerte (Brühl Palace Concerts). And then there are festivals devoted to a single composer, such as Germany’s three Handel festivals in Karlsruhe, Göttingen and Halle, or the numerous Bach festivals. The cooperation between the cities of Halle and Göttingen, which jointly organized three concerts last year of coronation and funeral music for the English kings George I and II, was remarkable and may well have set a trend.

More and more early music festivals are seeking to enrich traditional concert formats with innovative concepts and pedagogical approaches. The aforementioned festival in Knechtsteden organized in 2014 symposia on the theme of “Gods and Men” and another symposium on the future of early music itself, during which festival director Hermann Max expressed his fears that early music may be at risk nowadays owing to the general public’s dwindling grasp of history. The Musikfestspiele Potsdam took an interesting approach: a concert cycle called “24 Stunden Antike” (“24 Hours of Antiquity”) comprising 24 separate concerts on the general theme of “Mediterranean”. Folkert Uhde has proved indefatigable in coming up with innovative concert forms. He’s been with the Berlin biannual Zeitfenster (“Window of Time”) festival for some time now, and in 2013 he was appointed artistic director of the Internationale Orgelwoche Nürnberg (International Organ Week Nuremberg), where he experimented with new spatial arrangements for acoustic effects and put together 15-minute mini-concerts and an “IONacht” (“IONight”) with a final party featuring 16 organ concerts in six different venues plus a DJ. Uhde calls himself a “concert designer” by profession. In a radio interview he said this quest for new forms of presentation is due to his concern for the future of the early music genre, which was still considered innovative into the 1980s and ’90s with its historical performance practice per se, but has become merely standard practice in our day.

There is a place for early music not only at festivals and in year-round series at big concert halls like the ones in Essen and Cologne, but also in public radio, which continued to broadcast special concert series last year such as “Das Alte Werk” (“The Old Work”) at NDR (Norddeutscher Rundfunk – North German Broadcasting), the “WDR 3 Funkhauskonzerte Alte Musik” (“WDR 3 Early Music Broadcast Studio Concerts”) at WDR (Westdeutscher Rundfunk – West German Broadcasting) or “Musica Antiqua” at BR (Bayerischer Rundfunk – Bavarian Broadcasting). No less important are the recordings and broadcasts of these concerts. BR provided publicity and helped jump-start the Musikfest Eichstätt, for example, which was made over into an early music festival in 2014, whilst the WDR introduced to a broad listening public another relative newcomer: the Kölner Fest für Alte Musik (Cologne Festival for Early Music) with its unconventional music theatre productions.

German broadcasters routinely air major opera productions on regional radio, including early music. Noteworthy livecasts last year included: on NDR, the rarely-performed opera Faramondo from the Handel festival in Göttingen; on SWR, Johann Adolf Hasse’s Leucippo as an SWR in-house production from the festival in Schwetzingen; and on MDR, Handel’s incidental music Alceste, coupled with a commissioned work by Swiss composer Daniel Schnyder based on the Alceste material from a performance at the Handel Festival in Halle. Deutschlandradio Kultur, which routinely features early music in its opera series, broadcast a rarity last year, Francesco Provenzale’s La Stellidaura vendicante, from the Musikfestspiele Potsdam. But it also covered early music events at municipal and state theatres, e.g. broadcasting Cavalli’s opera La Calisto from Wiesbaden. This was one of those typical music theatre productions now regularly programmed at opera houses in which the house orchestra, which doesn’t specialize in early music, achieved decent results with help from some continuo players and early music conductors. This is a parallel trend to the opera productions at festivals, which, in contrast to state and municipal theatres, generally use ensembles schooled in historical performance practice.

A look back at the early music scene in Germany last year wouldn’t be complete without mentioning the generation change at the Bach Archives in Leipzig, whose director Christoph Wolff was succeeded by musicologist Peter Wollny – a change with continuity, as it happens, for Wollny has been working for the institution for 21 years now. Upon being appointed to the post, he expressed the ambitious and yet modest-sounding goal of continuing to research the archival and source material with a view to “reducing the blanks in Bach’s biography”.

If historical musicology provides the intellectual foundation for the practice of early music, the conservatories could be its artistic and pedagogical foundation. Historical performance practice started in the music scene, though, and it wasn’t till the practice was firmly established there that the conservatories followed suit with corresponding curricula. Today German music schools generally offer Master’s programmes in early music, and most universities now hold basic bachelor degree courses too. Trossingen, whose Institut für Alte Musik was already 20 years old in 2014, has always been a hub of academic training in early music. Its bachelor degree course in “Baroque Orchestras” is one of a kind in Europe. The idea behind it, as in instruction in conventional modern instruments, is to train aspiring musicians not one-sidedly for a career as soloists, which usually doesn’t pan out anyway, but specifically for ensemble playing. While there are only ten students currently signed up for this degree course, it is arousing more and more interest, says Baroque violinist Anton Steck, who’s in charge of the programme. But we mustn’t shut our eyes to the fact that, unlike the situation in publicly subsidized symphony orchestras, there are still no permanent jobs for practitioners of early music. This is why the Trossingen programme trains students especially to work as freelance musicians, which, as in jazz and New Music, calls for a very high degree of commitment and flexibility.