Crisis in the music industry: The new volatility

There's no end in sight to the bad news for the music industry. Growth in digital business has been remarkable, to be sure, but too little to recoup losses. On the other hand, the fact remains that the recorded-music industry is here to stay, and some of the small labels already know how to hold their own in the market. 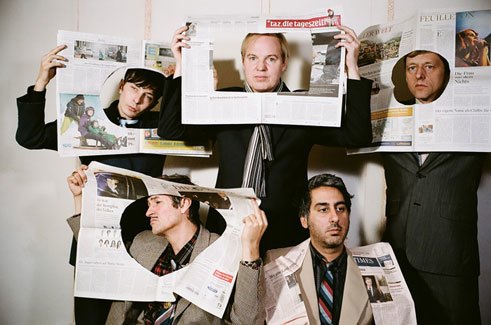 Die Türen | Pressefoto: Knut Claßen Total sales of physical and digital products came to roughly 650 million Euro in the first six months of 2011, 1.5 percent down on the same period in 2010. On the whole, sales of recorded music in Germany had already declined 4.6 percent in 2010 to about 1.67 billion Euro, while worldwide shortfalls in the industry came to about 6 percent. Compared to the figures for 2001, the domestic industry is now turning over a billion euros less per year. Net profits of 20 percent, as in the 1980s and 1990s thanks to the transition from vinyl to CDs, are no longer even conceivable.

But the really big moaning and groaning is also over: 1.67 billion Euro in sales is, after all, not exactly peanuts. The fact remains that there is a recorded-music business that’s not about to disappear off the map any time soon, as was predicted just a few years ago. And it’s actually a lucrative business for more than a few companies and artists, though mainly for the established ones.

The really good news these days, however, concerns downloads: sales of digital recordings jumped 17.5 percent in 2010 to roughly 75 million Euro in paid downloads. From January to June 2011, moreover, the German digital market grew by a whopping 19.3 percent. The only thing growing faster is the volume of illegal album downloads: according to a study commissioned by the German Music Industry Association, over 46 million albums were illegally downloaded in 2010. And yet, despite the impressive increase in digital business, the sale of physical sound carriers is still the German industry’s mainstay, accounting for well over 80 percent of total sales. Last year some 100 million CDs were sold in Germany. Meanwhile, over in the US, the digital share of total sales has long since been approaching 50 percent.

The music streaming business – in which users pay to access music on an online archive, but without downloading it onto their players – is now widely regarded as the future of the music business, and it’s growing fast in Germany, too. Sales by services like Napster, Simfy, Premium and Musicload Nonstop shot up by 21.4 percent. Ad-financed streaming services such as MyVideo or Clipfish ramped up sales in the first half of 2011 by nearly 65 percent. Nevertheless, streaming services still hold only an 11.5 percent share of the digital market in Germany. Up in Sweden, the Spotify streaming service is given considerable credit for the growth in the domestic music market as against the downward global trend. Germany is still far from seeing any comparable development.

For years now, most musicians here have pinned their hopes and livelihoods entirely on live performances. For the vast majority of them, sound carriers are only important in order to promote their concert tours. In 2009, Germans spent close to 2.3 billion Euro on concert tickets. Even if the market stopped growing several years ago, German box office returns are still voluminous by global standards.

Consequently, musicians who do not rank among the handful of top dogs in the industry have got to be prepared to perform all over the country to make a living. But everyone’s been hard hit by the shortfalls in the recorded-music business, so nowadays all the artists in every genre are constantly on tour, not just newcomers or musicians who’ve just released a new album, but even the old idols, too. And all of them are facing a saturated market that is not growing without limit – as well as an entertainment industry that has long since become thoroughly professionalized. Well aware of its vital importance to the artists’ livelihood, the industry now tries to pay the lowest possible fees. That is one reason why it’s more crucial than ever nowadays for musicians to hold all the copyrights to their songs, says Konrad von Löhneysen, managing director of Berlin’s Embassy of Music label and spokesman for the associate members of the German Music Industry Association. 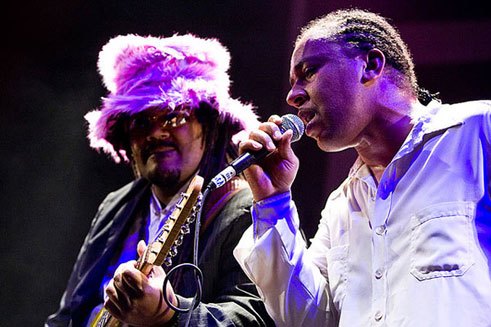 Lou Bega | Foto: Alex Const For German pop artists who have their sights on an international breakthrough, Löhneysen has some rather sobering observations: “Basically, German pop to date has only been really internationally competitive in two variants: Either when playing the Teutonic card to the hilt, in a line that runs from Kraftwerk through Einstürzende Neubauten to Rammstein. Or when seeking to produce one-track bubble-gum pop, as successfully done in the 1980s by Frank Farian with Boney M and Milli Vanilli, in the early ’90s by some Eurodance producers in Frankfurt with acts like Culture Beat or Snap, and most recently, in 1999, by Lou Bega from Munich with his Mambo No. 5.” Since the beginning of the noughties, however, Löhneysen adds, other countries have surpassed Germany in this particular discipline. Alexandra Stan’s song Mr. Saxobeat, for example, an omnipresent Eurodance mega-hit these days, is a Romanian production.

In any case, the digital revolution has made the music business more volatile for big and small labels alike. There are no massive, clearly visible trends anymore. As a result, blockbuster albums that sell by the millions have become very few and far between, which is why there are hardly any new lasting superstars anymore. The British retro-soul singer Adele is a big exception to the rule at the moment. Nowadays consumers only buy the songs they really like online – so they spend less money on music. What’s more, as Christof Ellinghaus points out in an interview on the occasion of the 20th anniversary of his label City Slang, “Musical output is now ten times what it was only 15 years ago. It is mainly owing to this spate of music and releases that the money gets shared out into plenty of small piles.”

No wonder classical radio stations still have such a huge impact on recorded-music sales, says Konrad von Löhneysen: after all, they’re the exact opposite of the gigantic jumble on the web: “For many people, radio stations are like housemates: we trust them – and buy what they play.”

Still and all, small and medium-sized labels won’t be dying off en masse as they did in the big crisis of 2007–2009. The industry has adjusted to the new parameters. But that also means even successful small indie labels are now seldom more than one-man operations: they can’t afford hired help. The Berlin label Staatsakt, for instance, which is causing a splash lately with the band Bonaparte, though also with artists like Ja, Panik and Christiane Rösinger, is run by Maurice Summen, who also happens to be a journalist and leader of an indie band, Die Türen, along with one-and-a-half permanent staff: “The goal is always to break even, I budget like a bowling club.” To launch a Bonaparte record, he needs to sell 8,000 copies to cover all the costs, and has three months to do it, because “after that, people are in a whole different place again.”

On Bonaparte’s upcoming third album to date, Summen intends to pool his forces with Warner for the first time because the band has grown too big for him. Outlay for production and marketing would simply exceed his capacity: covering those costs all by himself would mean speculating on the success of the album. But the public has long since grown too flighty to make any such onerous bets. The band around singer-songwriter Tobias Jundt also see their albums mainly as promotion for their concerts, which is what they actually live on. How the records are put out, whether legally or bootleg, hardly matters: “Bonaparte is a big hit in Russia,” says label boss Summen, “although the fact is we haven’t sold a single sound carrier there”.

Jens-Christian Rabe
is a pop music critic for the “Süddeutsche Zeitung” arts supplement.