© Pow Pow Movement But reggae didn’t really make it big in Germany till the 1990s with the second generation of activists and listeners, who became fans via digital dancehall, hip hop and jungle. The codes and rituals, techniques and styles of reggae culture first had to be learned, tested and laboriously culturally configured. Sound systems like Pow Pow (Cologne) and Silly Walks (Hamburg) pioneered those developments and gave Gentleman (Tilmann Otto) from Cologne his first shot at the microphone. 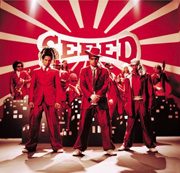