Hip Hop and Soul in Germany

Die Fantastischen Vier ushered in the glory days of German-language hip hop in the early 1990s. Their commercial success spawned a fully-fledged German hip hop scene – mostly driven by middle-class youths. Unshackled from American prototypes, German hip hop came into its own, with a knack for witty lyrics and original stories drawn from personal experience. An autonomous German soul scene emerged in parallel, propelled by soul singers like Xavier Naidoo and Joy Denalane.

“Es ist die da / mit dem dicken Pulli an. / Mann, Freitags ist sie nie da…” (“It’s that one there, with the thick sweater on – she’s never there on Fridays…”) It was harmless-sounding lines like that ushered in the glory days of commercially successful German-language rap. The Single Die Da?! by Die Fantastischen Vier, a rapper quartet hardly known beyond the city limits of their hometown Stuttgart, stormed the German pop charts and raced right up to the top. Hip hop suddenly looked much bigger than youth centres and graffiti gangs. German hip hop, in line with American prototypes, was expected to serve as “the CNN of the ghettos”. But these middle-class kids from Swabia put their own waggish spin on that expectation: they delivered trenchant, witty snapshots of German middle-class reality – and won over a major record company to back them.

That corporate back is another reason why Die Fantastischen Vier’s success remained controversial in the hip hop scene: After all, didn’t their commercial appeal amount to selling out? And ever since the early 1980s, hadn’t other rappers, DJs and graffiti artists – especially immigrant youths – done a lot for hip hop culture? As for the use of the German language, well it was actually Advanced Chemistry, a hip hop crew from Heidelberg, that had first rapped in German on songs like Fremd im eigenen Land (“Stranger In Your Own Country”). Still and all, Die Fantastischen Vier did break new ground: their songs exposed many young Germans to hip hop in the vernacular for the very first time. 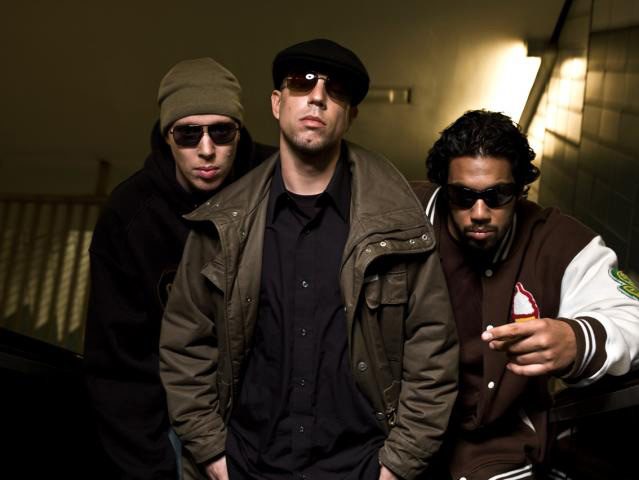 Dynamite deluxe, | © EMI Music Germany GmbH & Co.KG From the mid-1990s, especially in Hamburg, a hip hop scene sprang up whose hallmarks were a casual tone and big dose of self-irony. Die Absoluten Beginner, Samy Deluxe, Dynamite Deluxe, Ferris MC and Dendemann were conspicuously freer than their precursors, both ideologically and lyrically, in their use of German. But those who ventured farthest towards a brand of crossover with pop audience appeal were Tobi & das Bo, Fettes Brot and later on Deichkind. With lyrics that often came within a whisker of banality, they fused pop cabaret, disco and Schlager music – and their songs were long runners on radio and TV. German-language rap won over an additional audience outside the hip hop scene thanks especially to sing-along numbers like Schwule Mädchen (“Gay Girls”) or Emanuela by Fettes Brot. 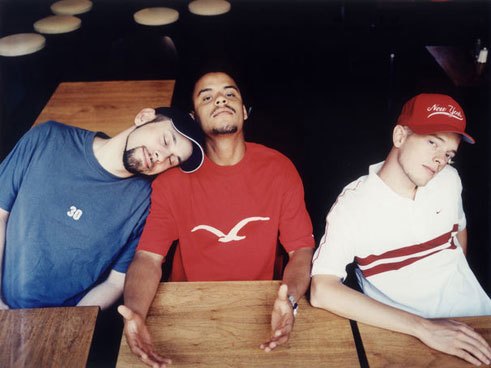 Absolute Beginner, | © Universal Music Group In the second half of the 1990s, German-language rap gained unprecedented popularity. Sabrina Setlur and the Rödelheim Hartreim Projekt (Frankfurt), Freundeskreis, Afrob, Massive Töne (Stuttgart) and Dynamite Deluxe, Eins Zwo and Absolute Beginner (Hamburg) each developed an aesthetic of their own somewhere between pathos and bathos, political engagement and pop experiments. German-language hip hop now defined itself chiefly in terms of its intelligent, cliché-defying raps. The German language could be played with, contorted and distorted, recast and even outright reinvented. Outstanding exemplars include Kinderzimmer Productions from Ulm with songs like Kickstart mein Hirn, Boombox mein Herz (“Kick-Start My Brain, Boombox My Heart”), Blumentopf from Munich, Amewu from Berlin and Absolute Beginner, whose first single came out in 1996 with the punning title Die Kritik an den Platten kann die Platten der Kritik nicht ersetzen, a barbed thrust at record critics and their critical flops.

Gangsta rap really took off in Germany around the turn of the millennium: battle rappers like Kool Savas, Bushido and Azad stormed the stage, and more and more young wordsmiths wanted to play the gangster, bolstered by the Aggro Berlin label in particular. Speculation about ties between rap and nationalism was stirred up by provocateurs like Sido, who always donned a silver death’s-head mask on stage and, in hit songs like Mein Block (“My Block”), evoked the mean streets of Märkisches Viertel, a high-rise housing estate in Berlin; or Fler, who would pose with the German flag and an eagle that looked like a cross between the federal and the imperial eagle. From the outset, these rappers were hell bent on scandalising the public with their outrageous mises-en-scène. The way in which they stylized Berlin’s “problem neighbourhoods” into dangerous ghettos paid off commercially: Sido and Bushido sold hundreds of thousands of albums. In late 2009, however, a new trend superseded gangster rap: songwriters like Patrice, Jan Delay, or Seeed with frontman Peter Fox came up with a charming blend of hip hop, reggae and soul, setting German lyrics to Afro-American/Jamaican-style music.

The most successful exponent of Germany’s soul music scene, Xavier Naidoo, had already paved the way for German-language songwriters. In 1994 the singer recorded his first single with Sabrina Setlur. Later on he performed with the Söhne Mannheims and a politicised R&B band called Brothers Keepers. His solo debut Nicht von dieser Welt (“Not of This World”) addressed such subjects as brotherly love, anti-racism and Christianity – and sold over a million copies! Even if Naidoo’s religious pathos met with uneven reviews, German soul came into its own thanks to hits of his like Sie Sieht Mich Nicht (“She Doesn’t See Me”), moving beyond the stage of mere imitation of US templates (as in German casting shows like “Deutschland Sucht Den Superstar” – “Germany Seeks Superstar”). One alternative to Naidoo’s gospel-style vocals was Jan Delay, a rapper from Absolute Beginner. On his solo albums Searching For The Jan Soul Rebels (2001), Mercedes Dance (2006) and Wir Kinder vom Bahnhof Soul (2009), Delay made a successful stab at singing soul against a reggae and funk backdrop, and in his muted reedy voice critiqued consumerism while promoting style-consciousness. 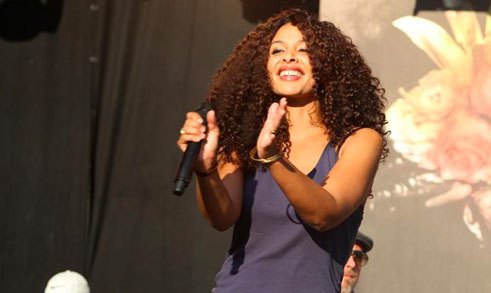 Joy Denalane, | Foto: Daniel J. Glasl In contrast to hip hop, where women rappers like Cora E, Sabrina Setlur and MC Fiva remained the exception, female vocals were writ large in German soul, with the likes of Cassandra Steen, Nneka and Joy Denalane. In 2002 Denalane, who had started out in a duo with Freundeskreis singer Max Herre, brought out her debut album Mamani, drawing on her South African roots for the music and lyrics to songs like Im Ghetto von Soweto (“In the Soweto Ghetto”). In terms of subject-matter, Denalane strikes a balance between love stories and social criticism on that disc – as well as on her latest album Maureen (2011). Thanks in large measure to her artistic achievements, black pop music and the German language are no longer considered incompatible these days.

Jonathan Fischer
has been writing since 1985 for the “Süddeutsche Zeitung”, “Frankfurter Allgemeine Zeitung”, “Die Zeit”, “Rolling Stone” and “Musikexpress”, among others, about Africa, Afro-America and black musical culture.