Theatre magazine for young people
Antigone as a Comic 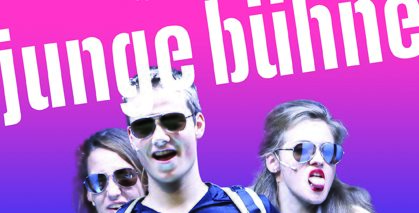 Since 2007 the “Junge Bühne” (i.e., the young stage), the youth magazine of the “Deutsche Bühne” (i.e., The German Stage), has appeared annually in September. Free and evidently read with pleasure.

Detlev Baur is the editor and founder of the Junge Bühne, the first nation-wide theatre magazine for young people. The current issue is entitled Girl’s Issue. In it, a young dance teacher reports about her time at the Freedom Theatre, Jenin; a dramaturge trainee interviews the director Sebastian Nübling; and Baur himself writes about the hit of the season, Tschick, a play not only for boys. The magazine’s format is colourful, the topics are demanding and varied, the texts honest and informative. And for those for whom once a year isn’t enough, Bauer and his colleague Elisa Giesecke publish monthly new articles, current criticism, blogs and videos at the magazine’s website.

How did you come up with the idea of doing a theatre magazine specifically for young people?

There were various reasons. First, I’ve been at youth performances and school theatre and youth club productions that I thought were great. They should be made more public, I felt. And aesthetic education was then becoming more important; theatre, it was thought, should appeal to more than the long-established audience. My idea was to do a magazine for young people that was also done by young people. A magazine that explains theatre excitingly, not condescendingly, as if we knew exactly how theatre works. The point was to take young people seriously as theatre makers and theatre-goers.

But the “Junge Bühne“ isn’t primarily a magazine for children’s and youth theatre.

No, though sometimes this is misunderstood. The Junge Bühne treats all forms of theatre, including opera and dance. Of course it’s also about the communication of difficult material. In 2007 we started with the theme of the classics. For the first issue I met with the Duisburg youth club, saw their production of Emilia Galotti and talked to the young people about how working with Lessing’s play changed them. It was an incredibly good conversation because they spoke with such enthusiasm. So clever, and yet also natural and unspoiled. That was for me more exciting than some conversations with famous directors or actors.

The authors of the “Junge Bühne” are professional theatre critics, but also young students, pupils at schools and theatre makers. You yourself work as editor for both the “Junge Bühne” and the “Deutsche Bühne”. Do you write differently for young people?

A bit. When I write for the Junge Bühne I try to presuppose less background knowledge, try to be funny and write less formally. But I don’t think one should pretend to be twenty years old.

In past issues there have been responses to questions that surely also occupy some adults – for example, on the dress code at the theatre and the production of fake blood. Yet we probably wouldn’t read such articles in the “Deutsche Bühne”.

No, probably not in this style. With young readers you can’t assume a good deal of experience as theatre-goers. But precisely for this reason fundamental questions arise that sometimes get lost in the everyday routine of a monthly magazine like the Deutsche Bühne. And in the Junge Bühne there is quite deliberately more space for photos and graphics.

And for comics. In the third issue you published an exciting version of “Antigone” in the form of an illustrated story. Was it always your dream to write a comic book version of a Sophocles drama?

Not really. I studied ancient Greek philology; ancient theatre is my “hobbyhorse”. These tragedies are well suited for this sort of treatment because they’re so concise. It was a lot of fun. There was even some feedback from teachers; many used the comic in lessons.

The “Junge Bühne” appears once a year. Don’t you worry that you may lose readers in the interval?

The magazine treats fundamental subjects and presents portraits of people. It doesn’t matter whether this sort of material appears half a year earlier or later. There are fewer individual reviews. But as a running supplement to the annual issue we have the website.

Print media don’t have it easy lately. Isn’t it rather daring today to bring out a magazine for young people that is printed on paper?

I think it’s the right way. It’s not so that it looks bad for print media in general. Daily newspapers are facing a hard fight, but it’s said that high-quality and specialised magazines have a future. The Junge Bühne is a yearly magazine that comes out in September, that is, at the start of the school year and the university semester. It’s distributed by drama teachers, who pass it on to interested young people and school teachers. Or we send it directly to school teachers.

Publisher and generous sponsor is the German Theatre Association. About half the costs are recouped by ads.

What is your goal? Do you have a mission you’re pursuing with the “Junge Bühne”?

My personal goal and the unspoken aim of the Theatre Association coincide: I want to convey the fascination of theatre, and to do this in the most entertaining way possible and at a high level. I want to explain background information in an interesting way. Present theatre professions. Make clear that a novel used as the basis for a text is something different from a dramatic text. Show that the classics can be interesting. Maybe also help teachers a bit in conveying this in an exciting way.

Here you can order a free issue of the Junge Bühne.

Sarah Heppekausen is a freelance theatre critic for various publications, including the “Frankfurter Rundschau” and nachtkritik.de.