Philosophy and dance
Dancing is thinking 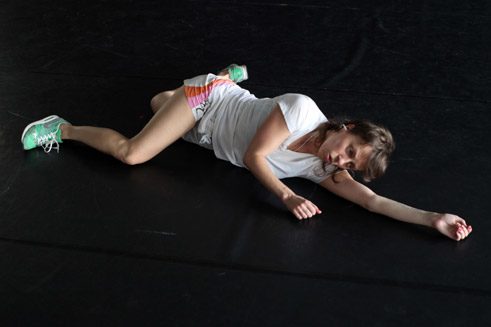 At first glance, dance and philosophy seem to be a contradictory pair. Yet both disciplines share a troubled history.

Starting with René Descartes’s sharp separation of mind and matter, body and thought (“I think; therefore I am), dance has played a subaltern, sometimes even an outcast, role in Christian and Western thought. But if you look at the contemporary dance scene of the last ten years, it seems downright in vogue that choreographers occupy themselves with philosophical questions.

Some seek direct collaboration with philosophers, such as Mathilde Monnier with Jean-Luc Nancy in Alliteration (2005) or the artist duo Deuffert and Plischke with the philosopher Marcus Steinweg, while William Forsythe maintains an intense dialogue with the American philosopher Alva Noe.

Equally striking are the symposia and conferences of various initiatives devoted to themes such as “Dancing and Thinking” or “Dance as a Field of Knowledge”. At German universities in the last ten years dance has found its way into various academic fields of knowledge. The activities of the German Federal Cultural Foundation’s “Dance Plan Germany” and the dance conferences it organized sought to set an example for how to strengthen the social awareness of dance. In this the Foundation has served as a representative of a general political interest that seeks to respond to fundamental changes in the world brought about by globalization. Hybrid cultures and art forms point to new needs and challenges in society. The contemporary world requires new intellectual approaches and appropriate responses. A movement has arisen that has brought cultural and educational policy into a tight spot. Not that the interests of cultural and educational policy directly influence the relationship of dance and philosophy, but they do at any rate contribute to our view of things and to the evaluation of the facts. They till the soil of world views, philosophies of life and ways of thinking.

It therefore becomes a complex matter when we want to clarify what dance and philosophy could gain from one another, where they touch and meet. For dance and philosophy share, perhaps precisely because of Descartes’s separation, a common history of the body; and of the “I”.

In the meantime it is not only the dancers and choreographers that take a book of philosophy in the hand; philosophers, for their part, particularly phenomenologists, have also become increasingly interested in dance. Thought is no longer conceived of as something static, but rather as a process of movement. Philosophers no longer see the movement of thought as a purely intellectual activity, but rather as a two-way dynamic exchange between the world and the active perception of an individual: “You are not your brain”, as Alva Noe says. Dance then turns out to be a model path for thinking itself; dancing and dance-seeing are a kind of knowledge of the sensory effects of movement in general. For philosophy to reflect on contemporary dance means for it to exploit the resources of dance and search for an expanded concept of thought that can surmount the Cartesian dualism. This cannot succeed in opposition to rationality, but only in dynamic approaches to thought capable of opening new contexts of meaning. Although philosophy, particularly phenomenology, has always addressed the role of the body within the process of thought (Husserl, Merleau-Ponty, Waldenfels), this discourse has still not given sufficient attention to the fact that the human body can be a dancing body.

In the wake of the body reform movement in the first third of the twentieth century and with the beginnings of modern dance, dance artists, Rudolf von Laban among others, found a definition of the dancer that has become interesting for theorists as well as dancers: the dancer is “the human being who consciously strives to weave clear intelligence, deep feeling and strong desire into an harmoniously balanced yet interactively moving whole”. The project proposed by this theory of the human subject surmounts the classical dualism of mind and body and describes the dancing subject as a dynamic unity.

Laban ventured the thesis that dance is itself a kind of thought, a kind of body-thought. Modern dance began to look upon philosophy as a partner in thinking. But this fresh start was also interpreted differently, especially in its ideological evaluation, and was not taken seriously by philosophers at the time.

Dance philosophy – thinking in a body

The contemporary dance of today, which stands in the tradition of the modern dance of the 1920s and 30s, may be described as an artistic practice that moves on the borders to other disciplines; a practice that seeks the permeability of disciplinary membranes and is precisely thus capable of meeting philosophy as an equal through the oscillating of thought movements and dance movements.

Contemporary dance no longer serves as a metaphor for thought, but rather presents itself as a sensuous and intellectual thinking in a body. Dance is therefore a kind of knowledge on the basis of which man can be understood. Dance shows in the clearest possible way how meaning emerges situatively and performatively in the sensuous (perceptible). The body, or to apply a concept proposed by phenomenology, the lived body, has the ability to think and to produce and represent meaning: “A reflective and thinking body is constantly dancing its becoming”, writes Jean-Luc Nancy.

Thinking in bodies lays the foundation, as for example Miriam Fischer and Jean-Luc Nancy have proposed, for a philosophy of dance, which focuses on the genesis of meaning in the sensuous, the theory of the subject and the meaning of philosophy. A philosophy that sees itself as dancing ranges through themes in anthropology, the theory of meaning and aesthetics, and combines methodological approaches from modern metaphysics, life philosophy, phenomenology, hermeneutics, ontology and deconstruction.

A philosophy of dance may still seem a disconcerting affair to thought. But mind and body both differ and merge. The artistic dancing subject moves in becoming and so in knowing, as Nancy would say. At the beginning of the twenty-first century, the relationship of dance and philosophy has been transformed into a dynamic one. Dance movements and thought movements no longer seem to thwart, but rather to accelerate one another.

Susanne Traub is a dramaturge, curator and writer. From 2001 to 2009, she was employed full time as a dramaturge at the schaupielfrankfurt. She works as free-lance a curator for interdisciplinary projects, exhibitions, festivals and dance and theatre productions.