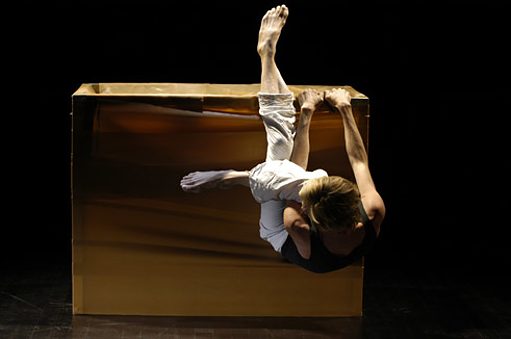 The French philosopher Jean-Luc Nancy is very much en vogue. Every year new translations of his lectures, interviews and essays are published. In dance these are received with keen interest. For a discussion, Nancy offers three themes in particular: a rethinking of community, a commendation of incompleteness and a concept of the body that is no longer the antithesis of thought.

In 2002, the French National Dance Centre already held a lecture series on the philosopher’s work with regard to the audience as a political category of art. Now retired, but then still Professor at the University of Strasbourg, Jean-Luc Nancy had already approached dance in his writings – dance as an art form, but above all dance as a challenge for contemporary thought. Even before Jacques Rancière caused such a stir with his essay on The Emancipated Spectator (Le spectateur émancipé, 2008), Jean-Luc Nancy had already focussed the discussion on the question of the body. For as diverse as the practice of contemporary dance may be, its dealing with the body remains a constant. But which bodies operate there, what they effect, what they are capable of and what insight they achieve – all this is difficult to define.

But it is not impossible. First of all, the relationship between the body and subjectivity is presented, between general and individual humanness. Nancy introduced the concept of the “being-with”: a body is always in the first instance connected to other bodies, hence to other people: “An other – if he is an other, then he is an other body.” This sentence opens Nancy’s much-quoted essay Alliterations (2005). It was produced in collaboration with the French choreographer Mathilde Monnier and is based on talks – from today’s vantage point perhaps one should say “on the lecture performance” - about the piece Allitérations that premiered in 2002.

“Why is there something rather than nothing?” is a basic question of philosophy. Being can no longer be reflected upon in a disembodied mode. For something to be, it is not only necessary that something is there; this something must also be perceived, apprehended, experienced. This concrete form of experience is now circulating under the label “embodiment”. Being has to be embodied so that it can be recognised. And the recognition, too, takes places in bodies and through bodies. Hence the body is a central motif in the thought of Jean-Luc Nancy.

Not that the body is a new discovery in philosophy. But in western thought it was generally regarded as something of a hindrance on the way to truth, rather than as its prerequisite. But Nancy rejects this. “Thinking does not mean that the subject puts an object in front of it that it examines and evaluates (…) It is a gesture and an experience,” he writes in the recently published essay “Being Nude”. Gesture and experience: this pair of terms also delineates dance. The gesture – in French “geste” is also a synonym for doing – does not necessarily have a significance in itself, rather it indicates something. For instance, an opposite, an other, a body, a being. But this indication is in the first place an experience, something shared, bound to the moment in which this indication to someone happened.

Contemporary dance never tires of appearing at this meeting place and declaring itself, always in new forms and approaches. In one of his best-known books Nancy gave this incessant movement a name: Être singulier pluriel (1996), being singular plural, at the same time one and all. More recent choreographic works, for example by Laurent Chétouane, are no doubt an echo of this theme.

In his philosophical list Fifty-eight Indices on the Body – from his collective volume Corpus – Nancy writes: “A body is a difference. Since it is a difference from every other body (…) it’s never done with differing. It also differs from itself.” It is, as it were, its fate to experience changes unrelentingly. It consists in “leaving its sense to an increasing extent on this or that side of completion.” For finality is dangerous: “The body’s like a pure spirit: it keeps completely to itself and inside itself, in a single point. Break that point, and the body dies.” This applies in equal measure to the dancing as well as the watching body: only when they are together, they can capture the movement to the full extent.

“Corpus. Collected essays”, including “Fifty-eight Indices on the Body and The Extension of the Soul”. Fordham University Press, New York 2008.