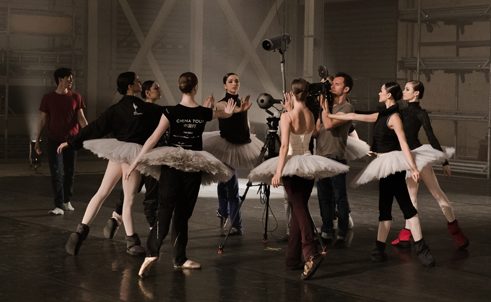 How can an audience be seduced? How does it come about that people immerse themselves in foreign worlds with all their senses and succumb body and soul to what happens there?

A theatre man asked himself these questions in the early 19th century, and his motivation was pure self-interest. Louis Véron (1798–1867), a Parisian medical doctor and publicist, took over as manager of the Paris Opera in 1831. He ran the opera as a private company and thus had an interest in maximising its profits. Thus, he had to offer an attractive programme. So what was it that Véron, a canny businessman, put on the programme?

What he put on the programme was romantic ballet, the form of stage dance populated by fairies, spirits and exotic creatures that transforms the viewer into a kind of participating observer. Viewers are purposefully enmeshed in the melodramatic fabric of the plot until their feelings and thoughts are totally absorbed in the characters. Thus was created a forerunner model of the “immersion” that is creating such a buzz today.

What we describe as “immersive” is a performative happening using IT-supported techniques to conjure us physically, acoustically and optically right into the heart of the scenario. The gaming industry has produced viable prototypes in the form of games that fade out realities, replacing them with invention, suggestion and autosuggestion. The matrix developed by hardware and software specialists is now interfering with the theatrical genome - dance. Technology becomes a tool to rewrite and transcribe traditional concepts, with the “performance” taking place only in the mind’s eye of the spectator.

Live and in the thick of the action

The methods with which immersive formats produce their effects are as various as the formats themselves. At one end of the scale are experiments where observers mutate into active test persons through listening to a sound track, for example. Their eyes covered, they are led by invisible hands through rooms and situations channelled into their brain by their sense of hearing, to be supplemented by appropriate images in their imagination. It is possible to dream in this way, for example, with the duo Lundahl & Seitl and their Symphony of a Missing Room (2009). Here, performers guide visitors through gardens and suites of rooms, figments of their imagination inspired by a voice-over. At the other end of the scale are technical gimmicks such as brick-sized 3D or virtual reality glasses. These enable spectators to experience what has been recorded by special 360° cameras like a live spectacle, and the person wearing the glasses feels as if they were in the thick of the action. „Symphony of a Missing Room“ a 3d Virtual Room at Kochi Biennale

Some ballet companies have already ventured into the digital arena. A pioneer was the Dutch National Ballet, Amsterdam, which staged Night Fall, the first virtual reality (VR) ballet in 2016, a work that only exists on a digital display or cinema screen that can only be experienced in all its dimensions if you have a VR viewing device.
„Night Fall“ – First Virtual Reality Ballet in the World

From the perspective of the history of ideas, what appears to be a quantum leap links up with the Romantic legacy. Just as Louis Véron sought to involve his opera clientele in the narrative by means of beguiling productions, specially designed choreographies prepared by the media today beguile viewers into encountering dancers as fellow actors who are felt to be right next to them. Presumably, it is only a question of time until this will be made into an interactive tool enabling the co-player to activate previously programmed options to influence the movement and plot.
The making of „Night Fall“


Technical sophistication, too, follows on from historical achievements that aimed to unleash suggestive energy. In the early days, these included gas lighting, which was introduced in the Paris opera at the end of the 1820s. It made scene changes easier, enabled the auditorium to be darkened and atmospheric light design to be achieved to a previously unknown degree. Louis Véron also enhanced his blockbuster opera Robert le diable with the Ballet of the Nuns and La Sylphide, both premiered in the 1831/32 season, using highly-innovative equipment. For the first time, the dancers wore the distinctive white muslin skirts that later came to be called tutus, and they appeared to be suspended in the air, an effect achieved by means of specially constructed flying machines. The prima ballerina also performed in pointe shoes, which, while requiring enormous dance virtuosity, gave the impression of complete weightlessness. André Levinson, who shed light on Ballet romantique in a famous essay of 1919, described the phenomenon perfectly: “Dance aesthetics is renewing itself completely”, the “world of direct and shabby reality” has been exchanged for “the truth of the dream” by means of technical progress – in much the same way as contemporary VR devices transport their users to artificial paradises (or circles of the inferno).

Whether on stage, using VR technology, or on a tour à la Lundahl & Seitl – what it is ultimately all about is what Louis Véron referred to in his memoires as the grand effet: captivating people through fiction in such a way that it becomes reality for them.