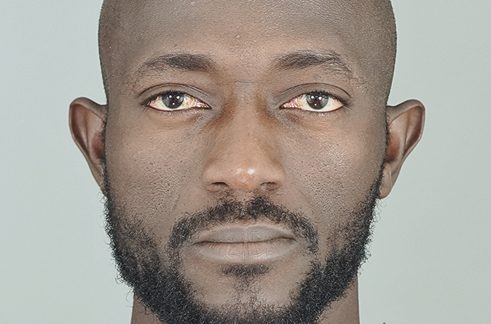 He wanted to go to France, but ended up to Germany instead – with Christoph Schlingensief. Now, with his dance experience from Europe, Ahmed Soura is working once again in his homeland Burkina Faso.

It all began with the refusal of a visa. Resentful of the French Embassy’s decision, Ahmed Soura, born 1983 in Banfora/Burkina Faso, set his sights on other European countries. Thus he encountered Christoph Schlingensief and was casted for his Via Intolleranza in 2010. A year later he won 3rd prize at the International Solo-Tanz Theater Festival in Stuttgart.

This was followed by engagements in Germany and Europe, including some spells in the ensemble of the Deutsche Oper Berlin. “I’ve done everything,” says the dancer and choreographer, “solos, film, drama, music, ensemble pieces workshops … I could carry on with all that, but I would just be repeating myself.”

Hence he is planning a return migration. In 2016, in his native city of Banfora in South-West Burkina Faso, he leased a plot of land where he intends to set up a Theatre and Education Centre. The plans have been drawn up, the initial funds have been acquired. “But for me it’s not about financial donations or good words. I would like Yongonlon to become a germ cell of autonomy and sustainable development in the region. Culture should have a positive effect on the entire quality of life – including better waste management!”

In his short film Pas qu’un poids (More Than Just Weight) from 2010, we see him in the square in front of Banfora’s former cinema. He shows his elegant and elastic style, moulded by hip-hop and show dance (which he copied from television in his youth) and which is strangely close to the ideal of weightlessness embraced by western tradition.

“African” dance is not his thing, even though he frequently held workshops in Germany. ”People expect that of me,” he says laconically. This was precisely the theme in Christoph Winkler’s production Hauptrolle (Lead Role), a solo for Soura, who explored Siegfried, Faust and Wozzeck from a non-European perspective. “I’m not doing it any more,” he says in the piece that premiered in 2014. He will no longer play the traditional dancer – he is a protagonist of contemporary stagecraft.