Theatre without Stage
A Popular Trend 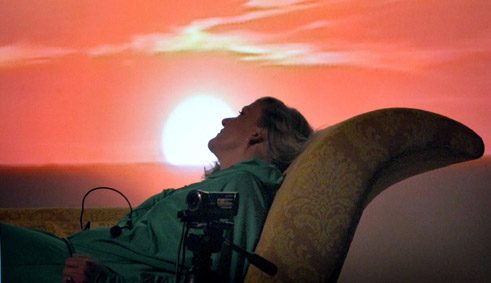 Many artists in the independent scene have been turning their backs on the stage in recent years. They prefer to stage in environments away from the theatre, apparently extending the performance beyond the artistic space. But does that really change the relationship between the audience, the performers and the world? Does the theatre as an institution disappear if it makes itself invisible?

The stage is the “natural place” of theatre. The communicative essence of the performing arts is that they bring together artists and spectators at an agreed place and a particular time. That was the understanding enshrined in the middle class in particular. In the late nineteenth century, the concept of the festival gave further weight to the idea of theatrical gatherings being something celebratory and exalted. The idea was that the stage should be something radically different from everyday life. Today, Bayreuth, where Richard Wagner’s Parsifal was first performed in 1882 as a “festival play for the consecration of the stage”, still epitomes this desire.

The avant-gardes shook this lofty concept, however. Life itself became the better stage; people no longer wanted a theatre that “regulates citizens’ digestion”, as Brecht disparagingly put it. If theatrical art, like all other art, is primarily an expression of life, the stage should no longer be a temple, but should turn to reality. Without a doubt, the best – and no less legendary – counterexample to the Green Hill in Bayreuth was the Bauhaus Festivals, first in Weimar, and later in Dessau, where art, fun, irony and modernity formed a colourful performance alliance.

Reality instead of theatre

If hardly a festival today gets by without so-called “site-specific” art projects, if everywhere amateurs young and old join in choreographic activities, and non-professional actors give insights into their everyday reality in scenic arrangements, the road may be long, but it is not so very new. Today one could say that theatre as an artistic space has had its day – long live reality as a space for authentic stage production. Groups such as Rimini Protokoll, She She Pop or Dorky Park have pioneered how the reality of social interaction can be injected into institutional theatre to give it fresh momentum.
“X-Apartments” at the 16. International Schillertagen at Mannheim Nationaltheater 2011 (Youtube)

“Institutional” does not necessarily mean the building, but often tends to be curatorial and financial support. In 2002, for example, Matthias Lilienthal, who was director of the HAU Hebbel am Ufer Theatre in Berlin from 2003 to 2012, came up with the idea of X-Apartments, an artistic excursion into the staging of everyday life. This project, which has meanwhile often been imitated, involves the participating artists showing arranged realities in private spaces, which art enthusiasts can attend as paying guests. Or Rimini Protokoll, with their muezzin, truck drivers and economic migrants, who present their art audience with a ubiquitous theatre landscape on the radio, Internet, and occasionally live.

Public space, too, already curatorially occupied by urbanists in any case, has long since been ennobled to become a theatrical space, not only in Berlin, whose urban self-understanding is head over heels in love with the idea that every crossroad, derelict building, factory floor, cellar or wasteland is a natural biotope for creative types of all kinds. And it was Matthias Lilienthal again, who in 2012 dispatched an audience with a passion for walking through the most outlandish places of Berlin’s urban landscape on a 24-hour quest for Infinite Jest, a production based on David Foster Wallace’s novel of the same name.

Save the ivory tower

But critical voices are also being raised to the attitude of uninhibitedly making life the source of authenticity for more or less extravagant art projects. British art scholar Claire Bishop coined the term “delegated performance” to describe the phenomenon that involves renowned artists and collectives in particular grabbing second-hand authenticity. This is often not only about aesthetics, but also about money: amateurs are happy to work for nothing, thereby helping to take the pressure off production budgets.

In any case, such movements to break out of the much-vilified ivory tower of art and theatre also involve some measure of social romanticism. Other actors, whose artistic space has been the street for years, sometimes even decades, whether they like it or not, are forcefully pushing their way into the very bastions of highbrow culture that try so hard to be close to life. What we are talking about here is urban dance forms such as hip-hop, which is trying to achieve greater appreciation by taking over cultural institutions, not only in France. Several national choreographic centres currently have directors who come from this stylistic direction.

Museums are places that are intrinsically non-theatrical. Here, dance has conquered space for itself to a greater extent than theatre, with Boris Charmatz and Xavier Le Roy leading the way. One may have one’s doubts as to whether theatre can in fact break away from its “natural place”, namely the stage, and whether it really wants to do so in the long run. After all, no matter what one calls the stage and no matter how it is equipped – as a performance venue it remains the starting point for artistic encounter, however invisible, ordinary or provocative it may be.