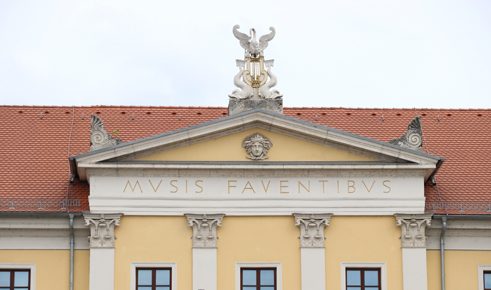 Musis Faventibus: "For those who love and are loved by the Muses" | Photo: Achim Hofbauer

What is the role of criticism today? What is the critical potential of theatre? An interview with theatre scholars Gerald Siegmund and Nikolaus Müller-Schöll.

Criticism is currently booming. Many symposia are devoted to it, as, for example, the Conference of the Association for Theatre Studies in Gießen and Frankfurt, which you organized in the autumn of 2016. At the same time, criticism itself is being criticized. The French sociologist Bruno Latour, for instance, speaks of the “misery of criticism”. What’s happening here?

Nikolaus Müller-Schöll: This has two causes. On the one hand, there’s an extreme weariness about traditional critical discourse; people are fed up with a certain form of being in the know. The Great Critic, who for some unaccountable reason invariably knows the score, is played out. On the other hand, at the same time there’s a strong desire to think about alternatives to the political status quo and practice criticism in this spirit.

If the all-purpose, detached perspective of the critic is put into question, what position then can he take?

Gerald Siegmund: Bruno Latour, and also the American science historian and biologist Donna Haraway, have attempted to develop a solution out of their critique of criticism – keyword: “Staying with the trouble”. The critic should feel obliged “to stay close to things or problems”, to take an unrelenting look and bring contradictions to light. This is a question of the attitude assumed towards these problems and its ethics. In art criticism, it’s clearest of course when you stay close to art. 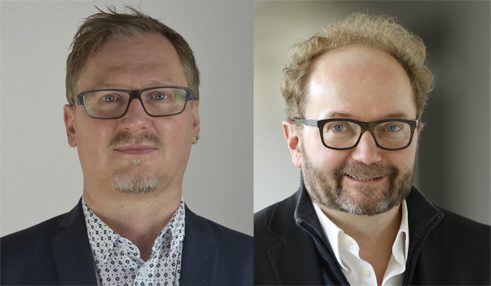 Siegmund: Yes. For us it wasn’t primarily about practising criticism of certain social conditions, but considering theatre as a form of criticism. There can be a kind of theatre that turns against its own security as theatre, that continually puts its own form at risk, so as not to fall into seeing itself as a safe position for delivering judgements in this or that direction. It can be critical as theatre because its suspends judgement, puts attitudes in question and insists on irreconcilable contradictions.

Müller-Schöll: There’s something I would call “theatre in general”, a fundamental “as if”. When I say something, I’m always already surrounded by a scene; that is, while I’m speaking, more and more and different things are coming to light as the truth as such. In all theatre there’s the possibility of first setting something forth and then reflecting on how what has been set forth could be different. There’s something about theatre as such that already contains a critical impulse, a critical gesture, a critical quality.

Does this quality consist in seizing the language before other people do?

Siegmund: Seizing language before others is one thing. Another is the possibility that theatre has when it opens up a scene and exposes what is present, of simultaneously showing how it is doing this. “As if” here isn’t understood only as a fiction that presents a possibility of the world to us, but also as a form that possesses the possibility of reflecting on how something is being done as it is being done and showing this action.

What is the relation of the self-criticism of the theatre to its self-referentiality when it puts its own certainties at risk?

Siegmund: I would always see self-referentiality as criticism. The form itself is already a question. By broaching form itself as content, the content, which is articulated only in the attained form, is itself put at risk and negotiated. At the instant in which form and content, presentation and presented, repeatedly intersect, they present themselves as dependent upon one another. Each finds its reference in the other. This is to be seen as a critical moment of art; it also has to do with the “as if”.

Müller-Schöll: I would suggest a small distinction between a kind of infinite duplication, a sort of Romantic play within the play, and a critical self-referentiality, which could be described as a “caesura”. An interruption with which that comes into play which made the game possible. In the mode of play of course, but at the same time also a kind of dissolution of this game, a kind of suspension and putting at risk. Self-criticism always has to do with a disclosure of the conditions of possibility.

Siegmund: For example, the game with the audience. Spectators are constitutive of the form of theatre, but at the instant in which I bring them into the game, a boundary is crossed. The audience-actor relationship is constitutive of all theatre, whatever its historically contingent form, and at the moment in which the audience moves onto the stage, I bring the Outside into the Inside. I fetch the conditions of possibility onto the stage and negotiate them – the audience and its reactions and expectations become the content.

Müller-Schöll: Another example would be the body. The body, which is of course the body of the actor and so the mortal body. I was struck by this in She She Pop’s 50 Grades of Shame. Here on the one hand there’s the game with bodies, which can be altered by means of editing and projection methods and appear arbitrary, and on the other hand the bodies of the performers, which are very different and indicate in this difference the frailty of the body. You’re confronted with something that each of us knows and which of course is always there, but not always visible.

What form of knowledge then does this theatre as criticism bring about?

Müller-Schöll: I see theatre as criticism as an exhibition of what is present. This means that, in certain sense, I’m confronted at all and for the first time with something that I otherwise prefer not to see. And that I’m confronted with this where it’s painful for me, where I can’t avoid it. That I can’t avoid in a certain sense even in the traditional form of criticism which purportedly fosters the theatre. Instead I’m exposed to it, compelled to discover my own inclinations and phobias, and to come to terms with them.

Esther Boldt conducted the interview. She is a freelance dance and theatre critic for several publications, including “nachtkritik.de”, “taz” and “tanz Zeitschrift”.