The Landscape of German Theatre
World heritage and bone of contention 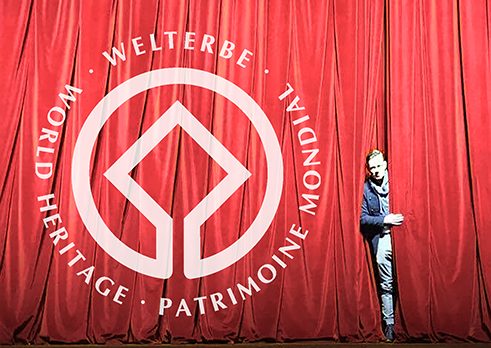 The crisis of German municipal theatre is a matter of concern for the art sections of newspapers, the political parties and of course the theatre itself. What is it about? The crisis as an opportunity?

In Berlin a no-holds-barred fight is raging over the successor to the Volkbühne intendant Frank Castorf. That the successful museum man and cultural manager Chris Dercon is his heir has made many of those working in theatre indignant: they fear that social criticism will now have to make way for “consensus culture”. In Munich, there is talk of a “theatre controversy”. Instead of acting, say the Jeremiahs of the there influential Süddeutsche Zeitung, the tradition-rich Munich Kammerspiele is showing too much performance art since Matthias Lilienthal, formerly chief dramaturge of the Volksbühne and long-standing director of the Berlin production house Hebbel am Ufer, has been appointed intendant. Cultural managers fear future closings of one third of German-language theatres, or recommend themselves, for the sake of saving this institution, closing half the stages so that the rest can survive.

In recent years people living in German-speaking countries have become increasingly aware of the fact that nowhere else is the theatre and orchestra landscape so densely populated and better subsidized than there. Approximately 35 million spectators attend 120,000 theatre performances and 9,000 concerts per year. In 2010 there were around 39,000 employees of stages and orchestras in Germany. Thirty-five per cent of expenditures on cultural activities, about 3.5 billion euros annually, goes to theatre. According to the sociologist Dieter Hasselbach, this amounts to 43 euros per inhabitant every year. It seems only logical that German theatres and orchestras were placed on the national UNESCO list of Intangible Cultural Heritage in 2014. If the German UNESCO Commission has its way, German theatres and orchestras will soon also appear on the international UNESCO list.

The German “special path” in theatre promotion has historical reasons: in the middle of the eighteenth century, civic reforms raised the theatre to the rank of an instrument of the Enlightenment. Along with courts, parliaments and universities, the Enlightenment saw theatre as part of civil society, which should henceforth assume the responsibility, as Kant put it, of making of the “Age of Enlightenment” a truly “enlightened age”. At the same time, theatre was recruited for the role of nation-building, an anticipation of the then still factually inconceivable unity of German-speaking lands as a cultural nation and its advancement. In order to meet this comprehensive cultural and political desire, theatre had to be fundamentally reconstructed: prohibitions on improvisation, the literal expulsion of the anarchic harlequin, reform manifestos, literarization, model plays and regulations for actors – all this was to transform the stage. Architectural innovations such as the introduction of new technology and of seats in the previously raucous and ribald pit served to discipline the audience. Thus a theatre practice now called “pre-modern” and “inferior” made way for that modern dramatic theatre which is regarded as theatre as such. Yet, against the background of Michel Foucault’s critique of the Enlightenment, contemporary theatre studies has asked whether the theatre monopoly that established itself around 1800 is not also to be seen as part of the simultaneously emergent modern surveillance, control and disciplinary society.

While a counter-movement to the modern “dramatic” theatre model has found its place at the large theatres since the beginning of the twentieth century, today the debate is about the institution of the municipal theatre itself as a whole. It is about questions of working and salary conditions there, how the theatres are managed and what in the end they are supposed to accomplish. Part of the background to this is that, while the number of productions at publicly subsidized theatres has risen by fifty per cent since German reunification, the number of visitors has remained the same and that of permanent ensemble members been reduced by fifty per cent. Thus, in spite of diminishing interest, “everything is being done so that the theatre works as it always has from the outside, though it hasn’t worked like that from the inside for a long time now”, as the dramaturge Marion Tiedtke has put it. “Fees have been frozen, ensembles reduced and made younger, theatre jobs cut away, rehearsal times shortened, offering formats duplicated, the audience has shrunk, the number of performance days increased, rehearsal processes overlapped, cooperations steadily grown and the need to find third-party funding has become a matter-of-course.”

An association of actors calling itself Network Ensemble has for some time now been articulating the discontent of artistic workers about these changes: it has criticized the (self-) exploitation reflected in working-hours that far exceed the collectively agreed-upon forty-eight hours, but also an obsolete leadership structure centred in an omnipotent intendant and hardly less powerful directors, along with temporary contracts tied up with the intendant. It is dawning on artists and other theatre staff that their institution has perhaps long been a prime example of that neo-liberal mode of production which is so often assailed on the stages and at the podium discussions of the theatre.

The debate about the course that should be adopted by municipal theatres has been no less vehement: Is it still justifiable to privilege a single art form above all others? And must not the stage, in an age of globalizations and a society that has long been altered by diverse migrations, be opened to other actors? Audiences as well as actors with immigrant backgrounds are still as rare in German-language theatre as are international groups and artists who have not gone through training in German theatre.

With their concept of internationalization and the diversification of genres and styles of performance, Matthias Lilienthal in Munich and Chris Dercon in Berlin have seized upon the crisis as an opportunity to open up municipal theatre: with a mixture of repertory theatre, production house and ensembles that include performance artists as well as actors, they want to counter the no longer justifiable social hierarchy between permanently employed actors and an independent scene precariously financed from project to project, while at the same time thereby working on an artistic response to the crisis of municipal theatre by using new formats.

It is part of the paradox of the Berlin debate that the model for this response, in addition to theatres in France and Belgium, is none other than Frank Castrof, whose great success in the 1990s was owing not least to the fact that regularly standing on stage along with new directorial languages and acting styles at the tradition-rich avant-garde Volksbühne were concerts, readings, audience discussions, films, music and dance theatre, political and podium discussions.

Nikolaus Müller-Schöll has been Professor of Theatre Studies at the Institute for Theatre, Film and Media Studies of the University of Frankfurt am Main and director of its master’s programme in dramaturgy since October 2011.