Principle of MOOC in Germany
Revolution or Further Education?

While the hype about open online courses is already ebbing in the United States, great hopes are being pinned to the principle of MOOC in Germany.

The abbreviation MOOC stands for Massive Open Online Course. It became the term for an educational revolution after 160,000 participants enrolled in Sebastian Thrun’s open online course “Introduction to Artificial Intelligence” at Stanford University. 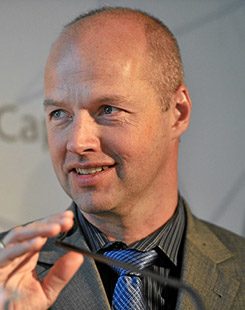 Sebastian Thrun, Research Professor of Computer Science at Stanford University, USA. | Photo: Flickr (CC) World Economic Forum
The MOOC story started with an accredited professor at a top university who offered his lectures online – free and without access limitations. In the end, 23,000 participants took the final examination and the hype was there. This was in 2011. A short time later the New York Times described 2012 as the “Year of the MOOC”, and more and more universities founded their own MOOC platforms, such as Udacity, EdX and Coursera.

Thousands of online learners at xMOOCs

Typically, an unlimited number of people can take part in an MOOC. A course is considered “massive” beginning with about 150 participants; Thrun holds the record with 160,000. An MOOC is “open”, that is, freely accessible and free of charge. Anyone who wants to can register and take part online. As a rule, a course consists in lectures, which are made available in the form of videos. Whether the participants have understood what the lecturer has explained is tested by means of multiple-choice questions or a quiz, and whoever has questions can carry on an exchange with other learners in a forum. Such courses are also called xMOOCs. They are aimed at the greatest possible number of participants and work in the form of classical “chalk and talk” teaching – only online and with more learners than ever fit into a lecture hall.

In Germany xMOOCs on IT topics, for example, are available from the Hasso Plattner Institute at the platform OpenHPI, and the Berlin-based company iversity now offers 27 different MOOCs on subjects such as probability calculation, international agricultural management and political philosophy.

However, only three to nine per cent of the participants complete a MOOC. Many are only curious and break off after two weeks. “But even among those who then remain in the MOOC, take the first test, but then fail, the drop-out rate is high”, says Hamburg educational researcher Rolf Schulmeister. Among them, he says, are many motivated learners who simply need more support. “There are no tutors, lecturers or organizers to help these people; they’re left there standing alone”, criticizes Schulmeister. This is perhaps the price of open education, he muses. As an undercover student, Schulmeister completed three MOOCs – and was disappointed. “Modern learning is different”, he says. “We need not only just knowledge transfer. We need critical minds – and we’re not going to get them with xMOOCs.” 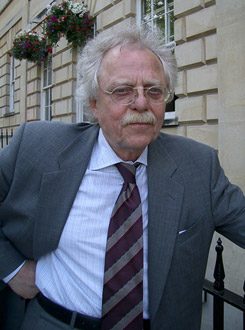 Educational researcher Prof. Rolf Schulmeister | Photo: public domain via Rolf Schulmeister
Initially, it was thought that MOOCs could above all reach people all over the world who otherwise had no access to education. This expectation, however, has not been confirmed: “Most participants already have a university degree and use an MOOC rather for further education”, says Anne Thillosen of the Leibniz Institute for Knowledge Media (IWM) in Tübingen. Last year she co-organized the cMOOC COER13 on open educational resources. The “c” before MOOC stands for “connectivism” and refers to the connectivist approach: participants decide for themselves what they want to do in the course, learn networked with other participants and, for example, post their own blog entries and comments.

Learning and searching together 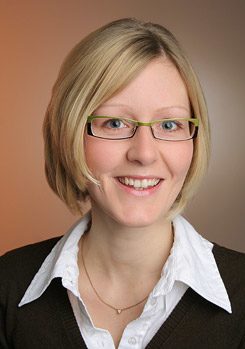 Daniela Pscheida | © Kathrin Juszczak In a joint project of the Technical Universities of Dresden and Chemnitz and the University of Siegen, three teachers and four tutors organized a programme on “Teaching and Learning with Social Media”, which supervises participants and in which the teachers find themselves in entirely new roles. “We become learning guides and sources of inspiration”, says Daniela Pscheida, academic assistant at the media centre of the Technical University of Dresden. It is about the building up of knowledge through learning networks, she says. “Knowledge isn’t any longer in the head, but in the networks – and learners learn and search together.”

In the United States, providers of MOOCs are already considering how they can make money from their courses. The business models range from including a fee-based supervision of participants and fees for a final certificate to the sale of learners’ data to interested companies or potential employers. Free access to free educational services is now only rarely mentioned.

Yvonne Pöppelbaum works as a freelance editor and writer based in Hamburg.