Art copyright
Who owns the rights to a picture? 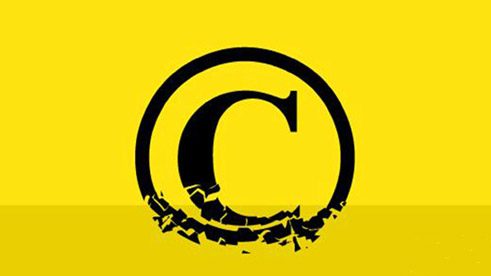 There is no international harmonisation of copyright. | © Colourbox

Copyright is frequently the subject of fierce debate. How an artwork is affected when copyright expires and current developments in this area are explained by art copyright expert Gabor Mues.

How important is copyright protection for visual artists in Germany today?

In the visual arts, copyright protection is much less important than in literature or music. That’s because artists generally sell originals, i.e. unique works. In the VG Bild-Kunst, we do have a collecting society that looks after the rights of visual artists – regarding, say, the replication of artworks in the media – but in the visual arts licensing generates little income. There is one exception, though: droit de suite. For most artists, this is also taken care of by the VG Bild-Kunst. It compels gallerists, in their dealings with contemporary artists, to pay a share of their turnover in the form of a special levy. But copyright also has a second component: the personality or moral rights of the author. Artists retain the right to this non-pecuniary element even after selling a work. This includes, for example, the right to prevent any distortion of the work.

Does the German copyright model differ from that of other countries? 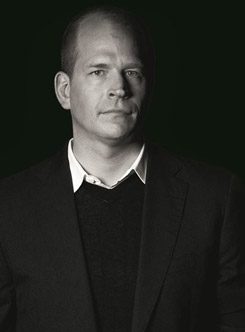 Gabor Mues | © AFR Rechtsanwälte The level of protection differs considerably. Our German model is quite moderate. Some other countries go much further with regard to copyright protection. In France, authors enjoy indefinite personality rights – that’s a purely moral interpretation of copyright. By contrast, there are two elements in German copyright: a moral one pertaining to personality rights and a pecuniary one. We also need to ask whether existing copyright terms, which are not internationally harmonised, are justifiable given the increase in life expectancy. If today’s average life expectancy in Germany is 80 years and copyright protection extends for another 70 years, then for an author who has written something at the age of 30 we may have a period of 120 years before copyright expires. I think that term could be shortened.

What do you consider to be the right length of time?

I would argue for a protection period of 50 years – as in Canada and Japan. But in a postmodern world with no fixed canon, there will, in my view, be fewer and fewer works that actually enjoy such long-term interest.

How is an artist’s work affected when copyright expires – as happened in the case of Bauhaus artist Oskar Schlemmer at the end of 2013?

Basically, it means that anyone can use the work. For example, it will be possible to write a sequel to Thomas Mann’s novel Doctor Faustus when the author’s copyright to the work expires in 2025. But that doesn’t mean reproductions of artworks can be used quite freely because most cases of this sort also involve a photographer who holds an ancillary copyright of his/her own. Apart from that, after copyright expires there remain the posthumous personality rights – and thus, at least theoretically, the possibility of bypassing the expiry intended by the legislator. For example, by arguing, as Schlemmer’s grandson has attempted to do, that while copyright may no longer apply, I as heir may be of the opinion that something is so defamatory towards my ancestor that I wish to have it prohibited. But Dessau Regional Court put a stop to that with its 2014 ruling. And I believe it was right to do so because an author’s personality rights are actually a special form of the general right of personality. If, after copyright expires, I were able to have resort to the general right of personality, that would be tantamount to circumventing the legislator’s regulations.

Legal experts as arbiters of art

In the case of Oskar Schlemmer, the retrospective entitled Visions of a New World, which is on show in Stuttgart from November 2014 to April 2015, was only made possible by the expiry of copyright. Prior to this, Schlemmer’s heirs had for decades opposed all exhibitions of his work ...

It’s difficult in cases where copyright passes to an heir. In my view, the artist is, essentially, the only person that can have the right to decide what context is appropriate to his/her work. But even an artist’s own interpretation cannot always be the only deciding factor. If the artist were to plan an exhibition with his/her gallerist, then the latter would also have the right to intervene. As a legal expert, you often come close here to playing the role of art critic or arbiter of art.

Let’s turn to another topic: TTIP. How will German copyright law be affected if the Transatlantic Trade and Investment Partnership is implemented as planned?

To a certain extent, TTIP is, it appears, actually designed to enhance the protection of intellectual property, for instance by harmonising some aspects of patent protection law and improving the protection of designations of origin. But in the specific area of the visual arts, TTIP is – as far as we can tell at present – unlikely to bring about any significant changes. Fears about the European Union making concessions on copyright to the United States apply more to the digital economy. With specific regard to the EU, a draft impact assessment on the modernisation of the EU copyright acquis has just been presented there in January 2015. It provides for replacing the existing EU Copyright Directive 2001/29/EG (InfoSoc) by a regulation applicable Europe-wide as well as strengthening the position of authors vis-à-vis publishers and collecting societies. But it’s still too early here for a more detailed assessment.

Dr Gabor Mues studied law in Munich, Berlin, Potsdam and Oxford as well as studying philosophy at the Jesuit Munich School of Philosophy. He works in Munich as a lawyer specialising in art copyright.

Jürgen Moises conducted the interview. He works as a freelance cultural journalist in Munich.