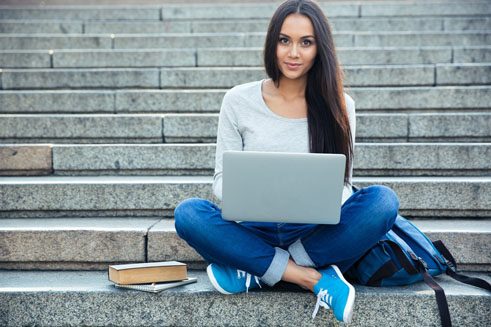 Without the required documents and knowledge of German, refugees have no access to German universities. Kiron University in Berlin provides immigrants with training without bureaucratic hurdles.

A young university in Berlin with ambitious goals has appeared on the scene: it makes it possible for refugees to receive a university degree, and this free of charge, without long waits and bureaucratic hurdles. If the plan succeeds, it would be unique in the world. Kiron University was launched in October 2015, with a thousand freshmen in the subjects economics, engineering, computer science, architecture and intercultural studies. Behind Kiron are social entrepreneurs, refugees, students and professors. In addition to an approximately fifty-member core team and more than 200 volunteers, a number of institutions and persons, mainly university founders and directors, are active at Kiron in an advisory capacity.

Many refugees share the fate of not being able to continue their education in the host country or else to be able to do so only with a delay because they are denied access to higher education for bureaucratic reasons. To study in Germany they must prove their identity, the possession of a high school diploma, knowledge of German and the recognition of their need for protection from the Federal Office for Migration and Refugees (BAMF). In many cases, however, refugees have left behind their passports and documents or lost them while fleeing. Foreign school and university degrees are often not recognized and refugees frequently lack sufficient knowledge of German and money for tuition fees.

“Refugees live for years in uncertainty, their talents on standby”, says Markus Kreßler, one of the founders of Kiron and himself still a student, summing up the situation. Kiron therefore adapts its programs to the special conditions of refugees: in order to avoid long waiting times, particularly in making up the high school diploma and acquiring knowledge of German, documents, language tests and residency status initially play no part. Refugees can simply begin their university studies; this is made possible by generally accessible online courses in English from various universities, so-called MOOCs (Massive Open Online Courses). This new learning format is aimed at large numbers of participants, is free of charge and has no entry requirements. The imparting of knowledge takes place through a combination of videos, reading materials, assignments, tests and discussions in which students can carry on exchanges both with each other and with teachers.

Because elite American universities such as Harvard, Stanford and Yale are among the pioneers of this development, students at Kiron University spend their first two years of study in courses of the most prestigious universities in the world. To this end Kiron maintains partnerships with the international MOOCs platforms coursera, edX, iversity and openHPI, the platform of the Hasso Plattner Institute in Potsdam.

At Kiron these online-based course formats form the basis for providing refugees with the flexibility that their situation often requires: they can complete their studies independent of specific location, according to their own schedule and at their own pace. Another advantage of the use of MOOCs platforms: because Kiron relies on existing content, studies cost only a fraction of normal fees. In addition the university has collected through crowdfunding more than half a million euro for the awarding of 447 scholarships. Once it can be shown that students have graduated from Kiron, long-term funding for the university should not be a problem, say the founders. The initiators, who have hitherto been working on a volunteer basis, hope for state compensation payments and other funding such as are also given to other private universities.

Degree at a traditional university

In order to obtain a recognized qualification, Kiron combines the online courses with services of the traditional universities: after the required academic success, students switch after the first two online years to a university with traditional classroom courses. Only then must the documents normally required for admission to university be submitted. Currently Kiron is working with a total of fifteen partner universities in Europe, the Middle East, West Africa, the United States and Canada. In Germany its partners are, for example, the RWTH Aachen, University of Heilbronn and University of Applied Sciences in Eberwalde. That so many universities have declared themselves ready to recognize the online courses, and develop a joint concept with Kiron to help students get their degrees, surpasses the expectations of Kiron’s founders, says Markus Kreßler.

They, however, want to provide refugees with more than only a jump start into a new life. For them the concept of Kiron University also has an economic significance. Because education plays a decisive role in integration. The duration and cost of integration could be significantly reduced if the new arrivals were quickly enabled to stand on their own feet. Last but not least, well-educated refugees represent a major potential for the Germany economy, for they bring to businesses rare language skills and diverse experience.