On 8 October 2019, Europanetzwerk Deutsch celebrated its 25th anniversary with eminent guests from the EU institutions as well as from many EU member states at the federal state of Baden-Württemberg’s Representation to the European Union. To kick off the celebrations, ambassador Martin Kotthaus, Bodo Lehmann, head of Baden-Württemberg’s Representation, and Johannes Ebert, the Secretary General of the Goethe-Institut, welcomed the guests to the anniversary event. The role of the German language and the personal experiences of the discussion participants in Germany were explored more closely in various discussion sessions. The event was rounded off with a musical performance and a closing reception.

Ambassador of the Federal Republic of Germany to Belgium

Secretary General of the Goethe-Institut

Ralph Sina
Head of the WDR studio in Brussels 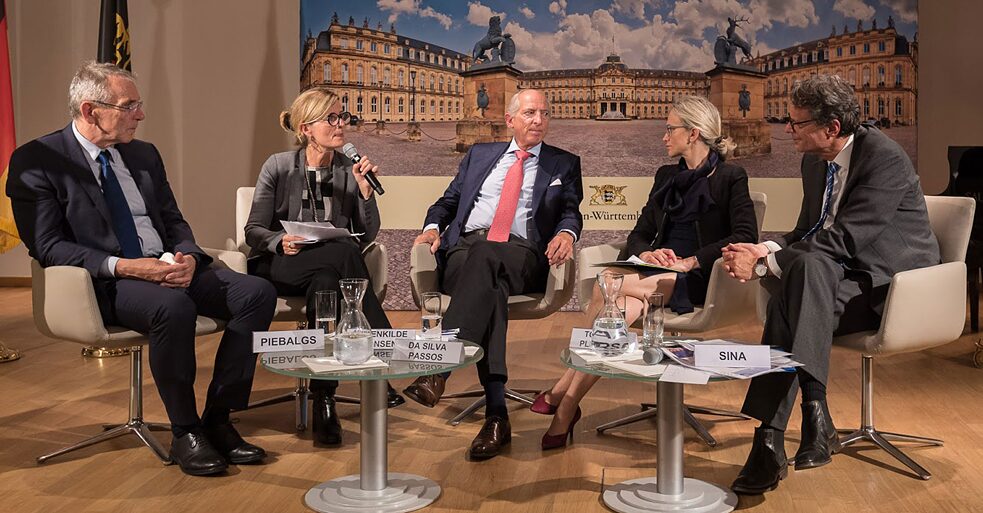 PODIUM 1: THE GERMAN LANGUAGE AND I

with alumni from Europanetzwerk Deutsch:

PODIUM 2: GERMANY AND I

with guests from Germany from industry, music and sport:

Victoria Nava
Student at the Robert-Schumann University in Düsseldorf

with Victoria Nava on the piano and Urszula Padala-Sperber on the violin.

with many guests at the Representation of the State of Baden-Württemberg to the European Union.

Back to Europanetzwerk Deutsch Brussels