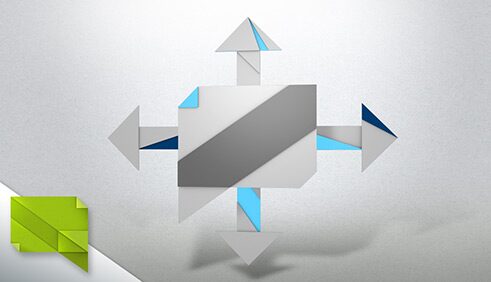 Speech communities have more or less fixed expectations regarding typical ways of speaking and writing. What role is played in linguistic communication by different purposes and contexts? And what significance does this have when it comes to choosing an appropriate style?

The expectations of what constitutes “correct” ways of speaking and writing vary depending on the linguistic situation and the communicative intention. Being aware of such expectations is an important element of language acquisition and a core expression of what is known as communicative proficiency, which is needed if a foreign language is to be used at all authentically. This article draws on a number of examples in German to explain the relationship between language and situation.

A person who speaks German well is able to choose between numerous potential ways of expressing him- or herself. Linguists refer to this variety as “vertical” and “horizontal” differentiation. The former relates to the entire spectrum of language variety, from standard language to regional and social dialects, which can be on different levels of a vertical scale depending on individual range and social standing. Horizontal differentiation, on the other hand, describes the stylistic diversification of contemporary German according to the communicative purpose and context. Both axes are important for learners of German as a foreign language (GFL); above a certain level of proficiency, a command of the “horizontal” level is required and indeed tested in examinations.

Teaching the “horizontal” stylistic diversity of German in GFL classes require equal consideration to be given to different situation types and to the linguistic and communicative approaches expected in them. This includes illustrating how certain forms of speaking and writing are dependent on specific contexts and communicative purposes, as well as making learners aware that (native) speakers associate many forms of linguistic expression with certain typical situations. A knowledge of such expectations is an essential part of foreign language acquisition. It is a central element of what is known as communicative proficiency, which must always accompany and complement grammatical proficiency if a foreign language is to be used authentically in different situations.

The following factors must be considered when assessing communicative situations: who is being spoken or written to (addressee)? Is the communication taking place between friends, family members, business partners or strangers (relationships between individual speakers)? How private or public is the situation? What is the subject of the communication? Is communication taking place orally, in writing, by telephone or via digital means (medium)? Such criteria can be used to distinguish between situations of communicative proximity (for example a private discussion between persons who know each other well) and situations of communicative distance (a hearing, official letter, specialized text or similar).

In terms of syntax, communicative proximity is characterized among other things by a penchant for coordinate sentences, a large number of “sentence-equivalent” expressions (“Einfach toll!”) and syntactic constructions such as left and right dislocation in which the subject is placed at the beginning or end of the phrase and replaced by a pronoun. Sentences such as “Mein Kumpel, der ist Rennfahrer” and “Das sieht ja hübsch aus, dieses Täschchen!” are typical of spontaneous conversation. The way speech is structured can also vary significantly according to the situation. In the context of proximity, numerous structural particles are used (“also”, “naja”, “so”), whereas in distance situations adverbs like “einerseits” and “andererseits” or expressions such as “im Folgenden” are common. Stylistic differentiation of this type can be observed in German among all speakers. A proximity style is by no means “less good” than a distance style, but rather the communicative approach that is expected and therefore appropriate in many situations.

Another area of stylistic differentiation is specialized communication between experts. Markers for this style include linguistic devices such as loanwords (“Enzephalitis”), compounds (“Intonationskonturen”) and abbreviations (“TCP/IP”), as well as combining forms such as noun endings (“-ierung”), a form of syntax normally associated with the written language that uses hypotaxis or complex nominal phrases, and forms of text such as specialist essays or expert reports. Such specialized usage appears not only in a distance setting such as lectures or academic texts, however. Colleagues “talking shop” in the pub can also use the same devices, while at the same time adding a more casual element by employing the stylistic devices of communicative proximity. In this context the indicators of distance and proximity are not mutually exclusive; instead, they combine with and complement one another in specific cases.

Stylistic differentiation even occurs in an area of language as heavily standardized as punctuation. On the Internet in particular, punctuation is often very different to that used in standard written language. Generally speaking, this does not indicate an ignorance of the rules, but stems rather from a desire to use punctuation in typed dialogue to express communicative proximity. Multiple question and exclamation marks are used to signal sympathy (“waaaas?????!!”). In social media, messages are frequently ended either without a full stop or indeed with three full stops to indicate that the message in question was composed in haste and should not be regarded as entirely binding. Such phenomena are of interest to learners of German as a foreign language because they show that new communicative contexts lead to linguistic innovations – and thus to a more diverse usage of the German language.

The “conventional” media also illustrate on a daily basis just how diverse German is. While received pronunciation tended to be the norm in broadcasting in the past, the entire spectrum of varieties and styles of German can be heard on radio and television today. Breakfast shows often feature several presenters who adopt a chatty and informal tone, while various different dialects and group languages can be heard in reality shows. This allows journalists and presenters to suggest a proximity to their listeners, which gives rise to a stronger sense of identification. Such programmes are interesting for GFL learners because they give numerous insights into the diversity of the German language.

Jannis Androutsopoulos is a professor of German and media linguistics at the University of Hamburg. His main fields of research are socio- and media linguistics, multilingualism and online research. He has been a member of the Goethe-Institut’s Language Advisory Board since 2012.