Which German? Teaching German as a Foreign Language
Teaching about Different Contexts 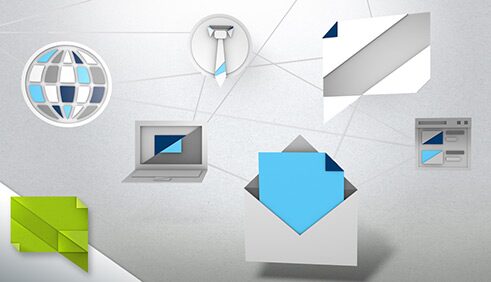 We live in an age of media diversity and heterogeneous learning goals. Which German is best-suited to which context? And how does teaching of German as a foreign language need to respond to changes in communication culture and linguistic style? Some suggestions.

Changes in our culture of communication and the new diversity of linguistic styles used, including in the media, mean that teaching of German as a foreign language (GFL) nowadays can no longer be confined to one standard variety. For learners to be made systematically aware of the “communicative appropriateness” of different kinds of linguistic expression in diverse settings, the various styles and forms of communication should be explicitly addressed and compared during GFL lessons.

Nowadays there is no straightforward answer to the question of which German should be taught to GFL learners, nor to the question of what can be considered “right” or “wrong” in this respect. It goes without saying that the standard written and spoken German, in all its national variants, that is codified in grammar books and dictionaries and widely used in important texts, should continue to play a major role in language teaching, as it is still regarded as appropriate in many more formal contexts such as in schools and universities, as well as in many professional and specialist contexts. What is more, this is the language that is to be widely found in print media.

On the other hand, these more formal contexts are generally becoming less common in public discourse. Even today, they already face competition from a whole host of dynamic and more varied “biotopes”.

Nowadays, for example, many different kinds of blogs are increasingly assuming functions that were formally the exclusive domain of print products. There are cookery blogs, political blogs, sport blogs, literary blogs and satirical blogs, to name but a few. The styles in which they are written are more varied, frequently more informal, and in some cases more playful and creative. The same applies to the social media. Stylistic diversity is becoming the norm.

It is precisely these new forms of communication that are also of great interest in general language teaching, however, for they hugely expand the possibilities for direct exchange with other learners and German speakers. As a result, the spectrum of linguistic registers and communication styles that also has to be taught in GFL lessons has become confusingly broad. The consequence in language didactics cannot be to ignore the new styles and forms of communication, dismissing them as “contrary to the norm” or “bad”. Instead, teachers must address the new communication forms in an appropriate and explicit manner, take their peculiarities and their communicative and symbolic value seriously – and use them accordingly.

Blogs and social media for instance allow communicative practices that are highly interactive, cooperative and multifunctional. They enable learners to participate much more fully, to act meaningfully in an authentic and realistic context and to become involved in a lively communicative exchange.

GIVING CONSIDERATION TO PLAYS ON LANGUAGE AND COMMON PARLANCE

Frequently, plays on language, changes in style and code switching are used in these new communicative spaces to create particular effects. GFL learners should be sensitized to the possibilities available here: which linguistic devices can be used to achieve which effects, which degree of proximity and which kind of irony or emotionality?

Regional language and dialects are also becoming more common in this context, especially in the southern part of the German-speaking world. This kind of language use is entirely functional and appropriate in such contexts and should not be denigrated by measuring it against the “correct” formal standard. These oral styles and registers (be they more or less formal) must also be addressed in GFL lessons by using audio texts and dialogues in which realistic language is used.

In the German-speaking world, however, more formal oral styles are also frequently coloured by regional influences. This is evident from the vocabulary used (“Samstag” versus “Sonnabend”, “Brötchen” versus “Semmel”, “Aprikose” versus “Marille”), in some cases from the gender (“das” versus “die” Mail; “das” versus “die” Cola) – and very often from the pronunciation. In addition, the near-standard spoken language is distinguished from the written language by a whole series of characteristics, for example a reduced emphasis or omission of final syllables (“das könn’ wir mach’n”; “ich mach’”), a contraction of articles and pronouns (“ich hab’ ’ne tolle Nachricht”; “ich mach’s später”) and sometimes also a “more verbal” word order, such as in sentences containing the word “weil” (“ich kann das jetzt nicht machen weil das würde zu viel Zeit brauchen”). Such oral characteristics can even be found in fairly formal contexts, such as in academic lectures and oral examinations. Learners should be provided with authentic material to sensitize them to these characteristics. When it comes to language acquisition, the reduced emphasis of endings also means that certain grammatical differences such as adjectival endings are fairly difficult to hear and thus require particular attentiveness. In informal conversational situations, such characteristics should by no means be regarded as deviations, and certainly not as errors.

These days, many compilations of oral language are generally available. They contain audio samples with transcriptions that can be used as the basis for authentic exercises. These include the “Research and Teaching Corpus of Spoken German” (FOLK) compiled by the Institute for the German Language (IdS) in Mannheim and the “GeWiss” corpus of spoken academic language compiled by Leipzig University’s Herder Institute.

PREPARATION FOR EDUCATIONAL AND PROFESSIONAL CONTEXTS

Since more and more GFL learners take courses in German with a view to achieving goals in terms of their professional careers or further education, language proficiency relevant to professional and educational settings has become important in recent years in many contexts. The crucial aspect here is to be fully aware of the degree to which learners already have a good command of professional or specialist language in their native tongue.

Assuming that students already have the requisite language skills and specialist knowledge in their native tongues, GFL teachers can build on this basis relatively quickly and begin teaching the specific German terminology equivalents. It will be necessary nonetheless to prepare GFL learners for the specific social practices, working methods, linguistic routines and behavioural formats that are commonly found in German-speaking countries and which in some cases differ significantly from those in other countries. If learners lack the necessary specialist knowledge, they will not only have to be provided with language and communication training but also taught the technical language they will need in the respective contexts or accompanied and supported throughout this process. To this end, cooperation between language teachers and experts in the relevant specialist field is highly relevant.

This kind of preparation for educational and professional contexts can be based on needs assessments that describe which topics and competencies are crucial in the respective professional or educational context and which skills, linguistic routines and lexical and idiomatic devices therefore need to be taught.

Christian Fandrych is a professor of the linguistics of German as a foreign language at the University of Leipzig’s Herder Institute. His work focuses, among other things, on word formation, lexicology and text linguistics. He has been a member and deputy chair of the Goethe-Institut’s Language Advisory Board since 2012.