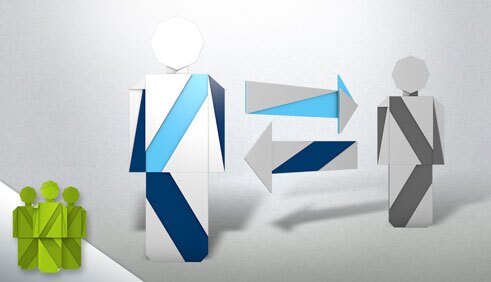 In language learning, “external” aspects such as political and social requirements are combined with “internal” factors which characterize the individual learner. What does each individual learner of German bring with them to the classroom? And how should GFL and GSL teachers respond accordingly?

Individual difference factors play an important role in determining the success of learning. Good teaching of German as a foreign language (GFL) and of German as a second language (GSL) comes about not least when teachers adapt to their students and match lesson content and teaching methods to individual needs. As part of this, teachers and students should regularly discuss goals, interests, experiences, affects, cognitive abilities and ambitions. Factors such as motivation, anxiety, aptitude and learning style are of particular importance.

Different people learn German for all kinds of different reasons and all have their own particular circumstances, abilities and experiences. How successful GFL or GSL teaching is will depend to a significant extent on factors which can differ greatly from one individual to another. Some learn German relatively easily, while others in the same class whose circumstances appear to be similar experience considerable difficulties and learn much more slowly.

Such differences may be explained by affective factors such as motivation and anxiety or by cognitive factors such as aptitude and learning style. Whereas affective factors are relatively unstable, situation-dependent and thus changeable, cognitive learning factors are deeply anchored in the learner’s personality and as such are quite stable, which means they can apparently be influenced in the classroom to only a very limited extent or not at all.

Motivation is one factor that has a considerable bearing on how quickly and successfully German as a foreign or second language can be learnt. However, it is not easy to identify the different components of motivation in language learning, factors such as individual learning biography, attitudes towards language and culture, and indeed external factors such as the learner’s sociocultural life circumstances all playing their part. A distinction also needs to be made between initial motivation and the motivation to continue learning.

There are different reasons why a person decides to learn a foreign language in general or German in particular: when a pupil chooses or has to learn German at school, motivation and willingness to learn may result from external factors – though this does not necessarily mean that pupils will be unmotivated. Nonetheless, teachers should know what prompted the student to attend GFL or GSL lessons.

Those who voluntarily learn languages such as German outside school may have other reasons for doing so: an interest in the culture associated with the language, for example, or indeed job-related goals, family or other private reasons, or a simple ambition to master a (further) foreign language. Which components come into play here and how they are weighted will differ hugely from learner to learner. People often learn German for what are known as instrumental reasons: the language is considered to be useful. In many cases, learners hope that German will improve their job prospects, either in the short or longer term, because a knowledge of German – often in combination with languages such as English – allows them to demonstrate a broader language profile.

Generally speaking, the more desirable and achievable the targeted language proficiency is, the greater will be the motivation to learn a language like German. Recent studies also emphasize the fact that language learning has a personal development aspect: if learners have an ideal image of themselves as someone with knowledge of a foreign or second language, this appears to result in lasting motivation to continue learning.

Accordingly, GFL and GSL teaching should always aim to maintain the motivation of students. To this end, teachers should respond as precisely as possible to the needs of the target group by employing a wide range of different methods, for example by carefully selecting subject material, media and techniques or by promoting independent learning and giving students advice. Learners should be encouraged to set themselves realistic goals and to reflect upon their progress, as experiencing success motivates students to continue learning. If German learners can be given lasting motivation, this can have a substantial bearing on the successful acquisition of the foreign language. Unfortunately, language teaching can in some cases also have a demotivating effect and hinder the learning process. In this context foreign language anxiety often comes into play as a further affective factor. Research has identified communication apprehension as one particular problem here – as well as the fear of making mistakes, which is often associated with a fear of the teacher or of failure in general.

One factor that is additionally considered extremely important when it comes to the successful acquisition of a foreign language is language-learning talent, something which external factors appear virtually incapable of changing. The insistent and widespread view that talent is essential when it comes to learning languages can result in little being done in the classroom to encourage learners who are presumed to be ungifted. Research has shown that the concept of “foreign language aptitude” yields better results. In principle, all learners have the ability – albeit to varying degrees – to learn a foreign language.

Studies have demonstrated that learners with particular cognitive characteristics are able to learn a foreign language more successfully than others. This concerns an ability to identify and to retain sounds in connection with their written form, to recognize the grammatical functions of words within a sentence and to recognize grammatical patterns inductively, as well as a general ability to learn by rote.

More recent work based on memory theories highlights the capacity of our working memory as a key factor in learning. What is more, learners appear generally to rely on either their memory or analytical abilities – both approaches being successful. Problems arise when learners do not have adequate abilities in either area. Teachers need to consider that such learner predispositions are influenced by classroom variables such as teaching style, which is why learners profit more from a teaching style that reflects their ability profile, and will also find this more satisfying.

According to some research, much the same applies to “learning styles”: these are supposed to describe the fundamental way in which people approach problems, plan their learning processes and obtain knowledge. An individual’s learning style is determined by their different predispositions and preferences: their disposition to accessing and processing information (e.g. holistic or analytic style), their sensory preferences (e.g. visual, auditory, haptic, kinaesthetic styles) and dispositions based to a greater extent on their personality (e.g. tolerance of ambiguity, risk-taking, extroversion versus introversion).

From a teaching perspective, learning styles are often thought to offer considerable potential. Nonetheless, there is some controversy among researchers as to whether there is in fact such a thing as a learning style which, among other things, distinguishes different types of learning and learner. What they do agree on, however, is that there is no single learning style that is superior per se to any other.

What is certainly important to realize in GFL and GSL teaching is that problems with learning will occur if the teaching style preferred by the teacher deviates significantly from the preferences and dispositions of the learner. German teachers should therefore always consider whether they are perhaps unconsciously giving preference in their teaching style to the learning style which made them successful language learners – and ultimately also language teachers – themselves. For example, academically trained teachers have a tendency to overemphasize a visual style because they themselves acquired much of their knowledge through reading and writing.

Researchers have so far found insufficient evidence that learning style preferences can be unequivocally regional or indeed national in nature, or that they can be explained by gender.