Recent Research Findings: The Neuroscientific Perspective
Language into the Brain! 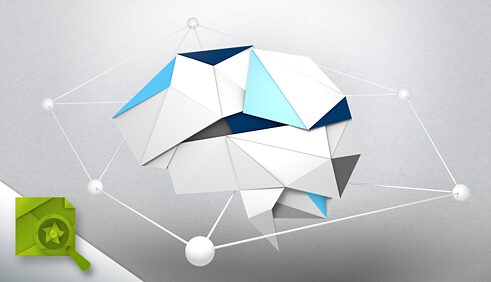 Is it really more difficult for an adolescent or adult to learn a foreign language, and if so, why? Findings from neuroscience are helping to answer this question, and have encouraging news for older learners.

Neuroscience is a research-active discipline; one of the ways in which neuroscientists seek new knowledge involves “watching” the brain while it works. This also helps to answer questions about the way we learn languages: among other things by providing us with new insights into the brain’s development during childhood and into the localization of language and languages, as well as into what is known as plasticity, that is to say how the brain changes as a result of learning and training. These insights make it easier to explain why we often find it more difficult to learn a foreign language the older we get. Nonetheless, studies show that it is never too late to learn.

Thanks to the development of imaging techniques that can be used to study the brain, the neurosciences have experienced a veritable boom, especially over the past twenty years. One particularly ground-breaking development was functional magnetic resonance imaging (fMRI), which uses colour to highlight activity in certain regions of the brain, thus shedding light since the early 1990s on aspects of the human brain that had previously been hidden to us. In a manner of speaking, this allows neuroscience to watch the brain while it works, helping answers to be found to many questions – including questions about language learning.

At the age when children learn their first language or, in the case of children living in a bilingual or multilingual environment, their first languages, the brain is particularly geared to language acquisition. At this point, the brain still filters out rather than processes certain other ambient stimuli, allowing the child’s brain to focus “undisturbed” on processing language.

Between the ages of two and five, the brain reaches its highest number of synapses, points of communication between the neurons which are of the utmost importance to learning processes. At this stage of development, the brain is able – during what is known as critical or sensitive periods – to identify those regions and connections best-suited to language and to anchor the used languages there.

Critical periods are “windows” during childhood development in which certain skills – for example language skills – appear to be acquired effortlessly. Two- to eight-year-olds learn on average one new word every two waking hours, i.e. roughly eight new words per day (Korte 2011: 166). For this successful and rapid language acquisition to be possible, however, the child’s environment must provide the impetus necessary for this development. It would appear that it is not enough simply to hear a language, the crucial element here being the quality of the language interaction (cf. Korte 2011: 33, Sambanis 2007). This also means that the brain adapts not only to particularly rich input but also to a low level of linguistic stimulus or interactions of little variation. Language acquisition is related to changes in the brain’s architecture.

At the molecular level, critical periods are triggered by brain-derived neurotrophic factor (BDNF), a protein which actives a brain region “that allows us to focus our attention – and keeps it on, throughout the entire critical period“ (Doidge 2007). In conjunction with the incoming language stimuli, this allows the structures to be created that are necessary to be able to master language interactions. This special ability to focus means that children tend to find it easier than adults to learn one or more languages.

Once appropriate structures have been created during the critical period, the BDNF closes the window again. Researchers believe that this happens sometime between the age of eight and puberty.

WHY THE WINDOW CLOSES AGAIN

If learning is so effective during the critical periods, why do the windows not simply remain open? There are good reasons why this is not the case, related to other developments and to fundamental ways in which the brain functions. Among other things, the brain works according to the stability principle: following periods of intensive construction or reorganization, the structures that have been created require a period of consolidation. Moreover, a permanently open language acquisition window could impede the development of other skills. In the same way as a spotlight shines light on a particular area, critical periods also focus on a particular area and allow all of the energy to flow to this point, while other areas – figuratively speaking – remain in shadow. For other areas to be able to develop effectively during childhood, the spotlight has to move on and focus on other aspects besides language acquisition.

LOCALIZING LANGUAGES IN THE BRAIN

Using studies based on imaging techniques, researchers are attempting to identify those regions of the brain in which other languages are anchored during the course of a person’s life. They may be stored in the same regions of the brain or in overlapping regions, or entirely separately from one another (cf. Müller 2013: 58ff.). How this happens appears to depend on various factors. If several languages are learnt during the critical period in childhood and if other factors – such as the frequency, intensity or quality of interaction – are comparable for the different languages, there is a good chance that the languages will share those regions best suited to language functions, or will at least use them on an overlapping basis.

What is important in this context is for the brain to consolidate structures by using them, something that is also true of the language(s) acquired during childhood. As we progress towards adulthood, we normally use our first language on a daily basis. As a result of its intensive use over the course of many years, it ultimately claims for itself those centres in the brain that are best suited to language. Thereafter, any additional language has to force its way into the already consolidated structures, or must fall back on other areas of the brain that are not specifically geared to processing language: for example those in which the contents of our memory are processed and stored. Languages learnt during puberty or later often resort to other areas, including those that are not to be found in the language-dominant half of the brain.

EVERY LANGUAGE FINDS ITS PLACE

Such insights into neuroscientific research should encourage teachers to be patient with students and learners to be patient with themselves during the language learning process. The good news is that the brain – being an organ of great plasticity – always finds a place for everything that is actually needed, practised and used, even in adulthood.

What is more, adult learners have considerably greater experience of strategies and know their individual learning preferences better than children do. Methods in foreign language teaching should take advantage of this. In addition, older learners are able to use cognitive forms of access such as visualization, pattern formation, written notation or self-verbalization. They also have the entire spectrum of methodological possibilities at their disposal which in some cases also support language acquisition in childhood.

Doidge, Norman: The Brain That Changes Itself. New York: Penguin 2007.

Michaela Sambanis is a professor of English didactics at the Freie Universität Berlin. Until 2011, she headed a research unit at the ZNL TransferCenter for Neuroscience and Learning (University of Ulm), since which time she has worked on the links between foreign language didactics and neuroscience and on the possibilities of transfer to practical fields. She has been a member of the Goethe-Institut’s Language Advisory Board since 2012.