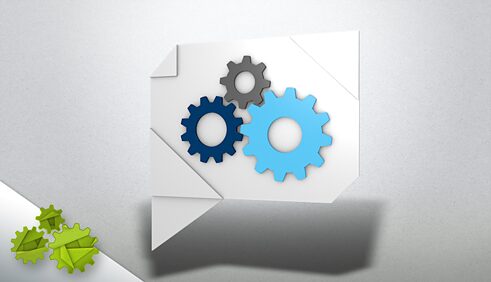 How are foreign languages learnt and second languages acquired? Many answers to these questions remain hypothetical in relevant research, though some reliable findings are also available. An overview.

This article outlines some of the findings of research on language learning processes; knowledge which is of considerable importance not only when discussing research on second language acquisition but also in the area of foreign language teaching and learning. Some of the aspects dealt with here are also of interest because in one form or another they explore widespread assumptions held by learners and teachers about language learning processes which do not always correspond to scientific knowledge.

How are second languages acquired and foreign languages learnt? To answer this question, it is helpful to understand how learning and acquisition processes and the learner language system each work. A whole series of reliable findings have meanwhile emerged in this context; although they are for the most part hypothetical, some have also been empirically proven.

Research into learning processes distinguishes repeatedly between “acquisition” and “learning”. Learning of foreign languages often refers to the controlled and explicit mastering of a language in institutional contexts. This tends to mean lessons based on a curriculum as well as on didactic and methodological concepts, generally in conjunction with additional places of learning (cf. Ohm: Settings for Learning German). By contrast, second language acquisition means the uncontrolled and implicit mastering of a language under the conditions and within the possibilities of everyday communication in the target language country. This strict separation between learning and acquisition no longer makes sense according to current knowledge.

For example, there is evidence on the one hand that learnt (“explicit”) knowledge can – by dint of being used – become acquired (“implicit”, that is to say not consciously accessible) knowledge and thereafter is channelled into language production without any “cognitive effort”. On the other hand, some research approaches assume that implied knowledge can – through analysis and reflection – become explicit and consciously accessible standardized knowledge. This tallies with a practice that is widely used in foreign language teaching nowadays, namely to use processes which have a “cognitivizing” effect, that is to say which focus on linguistic forms and rules.

THE ROLE OF THE FIRST LANGUAGE

Another topic of considerable discussion concerns how learning is affected by the relationship between the first language, i.e. the language that is acquired first (in some cases also known as the “mother tongue”), and the second or foreign language. Teachers and learners frequently attribute the difficulties and errors, and indeed the successes, experienced in second or foreign language learning to structural differences to and commonalities with the respective first language. They assume that identical or similar structures can be transferred easily whereas differences may cause problems when attempting to master them.

In second language acquisition research, the “contrastive hypothesis” was put forward early on to describe this potential influence of the first language on the acquisition of additional languages: wherever there are structural differences as compared with the target language, interferences – i.e. proactive inhibitions – arise which may result in learning difficulties and errors. The idea that contrastive comparisons between the first and second or foreign language allow learning difficulties or errors to be predicted, however, is now regarded as disproven. Nonetheless, contrastive analyses can certainly be helpful if one wishes to claim subsequently that structural characteristics of the first language and any other second or foreign languages can explain individual errors or learning difficulties.

In many cases, the linguistic structures applied by learners do not yet correspond to the norms of the target language; however, they often cannot be explained by features of the first language or any other already acquired second or foreign language either. This shows that leaners apparently develop their own learner language system during the language learning process, one which follows its own rules and evolves over time. In the early 1970s, Selinker coined the term “interlanguage” to describe this system. As far as foreign language didactics is concerned, it is clear from the “interlanguage” hypothesis that attention needs to be focused on this learner language as a whole rather than merely on deviations from the norms of the target language. Accordingly, mistakes are not simply indications of deficits but are indicators of the interim language system’s development. Thus the incorrect application of target language rules to other target language structures to which these rules do not apply can be the result of acquisition strategies and thus unavoidable. Such overgeneralizations tend to be evidence that the learner already has some knowledge of the rules and give an indication of the learner’s progress. For example, the learner may have learnt how regular verbs are inflected in the past tense and applies this as a general rule to all verbs: ich/er lernte/*gehte/*laufte/*schreibte.

Empirical research has shown that the learner language system develops in a set sequence of phases in certain areas of grammar (“order of acquisition hypothesis”). When it comes to the acquisition of German, evidence of such sequences has so far been found primarily for the discovery of verbal inflection, word order and the object case (accusative or dative). Accordingly, teaching processes will only be successful if they focus on the next step along the acquisition path in the aforementioned grammatical areas. It is even conjectured that learning inhibitions may arise if teaching runs contrary to the order of acquisition. This is based on the assumption that learners can only incorporate new linguistic structures into their existing store of knowledge once they are “mentally” ready to do so.

For example, learners only differentiate systematically between the accusative and dative cases at a later stage: following a first phase in which they have mastered only the nominative forms, they discover in a second phase that different cases exist, but as yet are unable to apply them correctly. In the third phase they learn to differentiate between the nominative and accusative/dative cases, though their use of the latter still contains an arbitrary distribution of accusative and dative forms. Only after this phase is the learner language system sufficiently developed to allow the learner to differentiate between the accusative and dative forms. The orders of acquisition explain at least in part why grammar teaching is often unsuccessful and why learners persist in making certain grammatical errors no matter how intensively they practise.

Language learning is not possible without linguistic input. More recent cognitive approaches view the acquisition of second and foreign languages as an information processing process in which learners absorb, process and store input on the basis of their constantly growing knowledge of the language they are learning, and are consequently required to repeatedly restructure their knowledge. For this to work, the input must be comprehensible. Interactionist approaches highlight the importance in this context of the conscious perception of linguistic forms. With respect to the linguistic interaction between target language speakers and target language learners (as well as among target language learners), they assume that input is made comprehensible for the learners through processes of negotiated meaning, for example via feedback, corrections or requests for clarification, and can then be processed by them in the optimal manner.

The output hypothesis completes this model of the cognitive and interactionist approaches by adding the idea that the learner’s production of the target language plays a central role in the learning process. The starting point for this is the observation that learners can frequently infer the meaning of target language input from the linguistic and situational context and thus focus their attention only to a limited extent on linguistic forms. On the other hand, when producing their own target language output, they are required for example, to engage to a much greater extent with the rules of word formation and inflection, as well as with word and sentence order (known as the morphosyntactic level of target language grammar). Thus it is output above all which enables learners to put their hypotheses about the rules of the target language to the test and to further develop their interlanguage rule system on the basis of pointers provided in subsequent feedback (especially concerning errors).