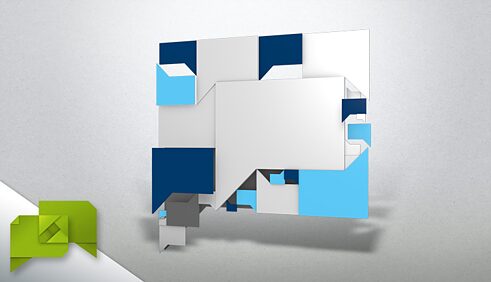 When we use the term “multilingualism”, we are referring to a variety of phenomena which, though fairly closed linked, occur on quite different levels. How then can multilingualism be defined? Which factors are important? Or are there in fact several types of multilingualism?

Multilingualism has various dimensions and can be defined in different ways. “Individual multilingualism” for example characterizes people who are capable of making themselves understood in more than one language – be they celebrities like the writer Elias Canetti or people from everyday settings such as children from immigrant families who use their original language at home, speak the local national language at school and additionally learn at least one foreign language (cf. Wandruszka 1981). We talk of “social multilingualism” when languages share different functions in a society as is the case in the Swiss canton of Graubünden, where German, Romansh (and Italian) are official languages with theoretically equal status, yet Romansh and Italian are dominated in many situations by German on account of the general bilingualism of the minorities (“polyglotism”). In modern cities, speakers of different languages often live side by side without their languages being functionally separated (“heteroglotism”). By contrast, the term “territorial multilingualism” describes political areas divided into more or less monolingual language zones, as is the case with Flemish, French and German in Belgium. We talk of “institutional multilingualism” when institutions or organizations offer their services in different languages, as do the UN, the EU and the Swiss Federal Railways (SBB).

One “engine” that drives different forms of multilingualism is migration. In all of the world’s highly developed countries, migration is not only normal but also necessary and desirable, and this holds equally true for Germany, where it has resulted in individual and social multilingualism. German society is multilingual: immigrants have brought their languages with them and also use them in everyday life. It is not known how many languages are actually spoken in Germany, as there are no reliable statistics on this.

“Social multilingualism” is a general educational requirement in Germany, as children or adolescents whose lives are conducted in two or more languages can be found in virtually every classroom in the country. What is more, education policy is keen to foster individual multilingualism. Like all the member states of the European Union, Germany has also committed itself to the educational goal of trilingualism: all young people in Europe’s schools are supposed to learn at least two other languages in addition to the main language of the country in which they live. Although there is consensus that English should be one of these languages, there are no limitations whatsoever as regards the other languages. The languages that immigrants bring with them offer great potential as far as the teaching of other languages is concerned.

In purely functional terms, individual multilingualism is defined as the ability to communicate in several language contexts – regardless of the way in which the languages concerned were acquired or how well they are mastered. Accordingly, such individuals are neither multilingual from birth nor “perfectly” multilingual. A Moroccan immigrant who speaks some French and German in addition to his Arabic dialect is multilingual, as is the conference interpreter who confidently uses her three native or first languages of English, German and French as working languages. Bilingualism, that is to say the ability to communicate in two language contexts, is a borderline case in terms of multilingualism and for the purposes of this article will be treated as a subcategory of it.

MULTILINGUALISM AS A CONNECTED SYSTEM

Individual multilingualism is often termed “plurilingualism” (Beacco, Byram 2002). In the same sense, one also speaks of “multi-competence”. This is intended to emphasize that it is more than simply a kind of “multiple monolingualism”, that is to say that it is more than the sum of several individual languages which exist independently side by side, without influencing one another. Indeed, individual multilingualism functions as a connected system (“one connected system, rather than each language being a separate system”; Cook 2008) in which the elements of the individual languages interact with and influence each other. Together, they comprise a single “integrated competence”.

In concrete terms, a multilingual repertoire is made up of a number of linguistic resources which are multimodal, that is to say they use different sensory channels. These are activated by speakers to resolve problems relating to specific situations – for example in multilingual teams at the workplace where team members can resort simultaneously to different languages, images and gestures to achieve optimal communication. Like a set of building blocks, these elements are as it were prefabricated in some cases and can be accessed from the speaker’s memory. In other cases, however, they are also formed anew in a spontaneous and creative manner (Lüdi, Py 2009).

Such observations have numerous implications for classroom teaching. For one thing, it is important to give consideration in all kinds of different ways to migration-related multilingualism in the classroom. For example, German lessons for native German speakers can often not be separated from the teaching of German as a second language. For another thing, all teachers must be aware of the importance of supporting pupils – for both their own benefit and for the benefit of society as a whole – in acquiring multilingual repertoires and of therefore promoting or at least respecting the development of their first languages.