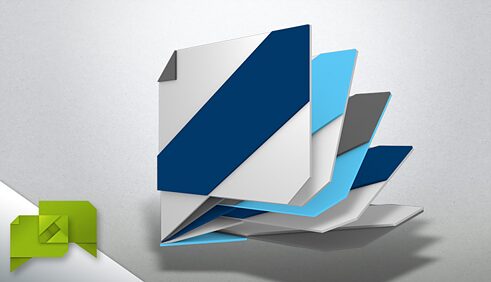 Multilinguals acquire the languages of which they have a command at different times during their biography – and in different contexts such as the family, at school or while abroad. They not only acquire communicative skills as part of this process, but also develop on a personal level. Multilingualism has a whole host of benefits to offer, particularly for children.

Multilingualism is an opportunity. If they are to take full advantage of it, multilinguals must learn to make use of the bridges between their languages, while at the same time separating these languages in their minds. However, they – and those around them – must learn to view the signs of their multilingualism as positive capabilities that are helpful in particular constellations. The result will be a multilingual personality who during the course of their development is better able to learn many things, and who is more creative and reflective. Education policy also has a duty to foster the opportunities offered by multilingualism.

Many people learn several languages, either simultaneously or consecutively. The better they are able to utilize their knowledge of these languages in a coordinated way rather than keeping them compartmentalized – that is to say the better they succeed in making full use of the relationships between the languages – the more effective they will be in learning them. In foreign language classes in particular it is important to take advantage of this “multilingual acquisition ability” – that is to say the learners’ ability to build bridges between the languages and to develop integrative skills (Bono 2008; Bono, Stratilaki 2009).

MULTILINGUALISM MUST BE TAKEN SERIOUSLY

In everyday life, however, communication is frequently monolingual. The challenge for multilinguals is to distinguish between the languages being spoken, i.e. to mobilize only those phonetic, grammatical, lexical and pragmatic elements within their multilingual knowledge which match the language being spoken. This is not always easy and leaves its mark in the form of an accent, grammatical borrowings from the other language or the transfer of facial expressions or gestures characteristic of one language to the other.

Because such characteristics make multilinguals stand out somewhat, people often end up drawing negative conclusions about multilingualism. Upon closer examination, however, it is clear that this generally has nothing to do with the multilingualism per se but is a result of social evaluation and norms that have been handed down from one generation to the next. No-one is the least bit concerned if the child of a French diplomat has a strong French accent when speaking German or uses grammatical structures that are clearly influenced by French. This form of multilingualism is regarded as an opportunity, and any accent may well be viewed as “charming” or “interesting”. When the child of an unskilled labourer from Morocco whose family speaks both French and Moroccan Arabic exhibits the same characteristics, this is seen as evidence that his or her linguistic development is endangered. In such cases an ability to speak several languages is perceived as a risk rather than an advantage.

This influence of traditions, feelings, values and attitudes makes it hugely more difficult to approach multilingualism objectively in the educational context and indeed in other areas of society. It is true that a child’s social and economic environment – especially its family’s educational level – does have a bearing on its linguistic development. This applies no matter whether a child grows up monolingually or multilingually, however. Multilingualism tends to offer more opportunities than risks – provided that it is taken seriously both as part and parcel of a person’s individual character and in terms of its effect on their education.

As a matter of fact, many studies suggest that multilingualism, if experienced harmoniously, has considerable benefits for individuals and society as a whole. This applies for example to a person’s creativity and potential to achieve. In 2009, a team of experts in the EU concluded that “multilingualism generates a higher number of neuronal connections”, and that it “stimulates multiple neuronal webs, both intra- and inter-hemispheric, which would lead to a higher capacity for generating new (creative and innovative) processes” (Compendium 2009: 19).

Accordingly, one benefit in terms of a child’s linguistic and intellectual development is that multilingualism helps to activate valuable cognitive abilities. Children who grow up multilingually are forced earlier and more intensively to “think about” their use of language and to make decisions about which of the linguistic possibilities at their disposal to choose. This makes a special contribution to enhancing their linguistic and intellectual abilities: for example, multilingual children are better and earlier able to distinguish between the sense and the form of utterances than monolingual children are. Their everyday experience of language arms them with “meta-language skills”, that is to say a knowledge of language and the ways in which it works, which stands them in good stead when it comes to learning at school.

This gives them a head start, not least when they begin learning to read and write, which initially involves understanding above all that the phonetic and alphabetical systems follow different rules. One does not “hear” how to spell: to be able to write one must know the conventions according to which the spoken word is rendered in writing in a particular language. Children who grow up and live in a multilingual environment are particularly well-equipped to understand such differences (Bialystok, Poarch 2014; Gogolin 2014).

It can therefore be assumed that multilinguals have greater cognitive flexibility because they view the world from different linguistic perspectives and are able to use different linguistic “tools” to understand the world. Their increased creativity takes place in the “in-between space” conceived by Homi Bhabha (1988, 1994) in which two or more languages, ways of thinking and cultures meet.

If multilingualism is really to be taken seriously, this also means that schools must not condemn traces of multilingual ability such as an accent or lexical transfers but must regard them as evidence of a rich personality — while at the same time helping those concerned to “tune out” the other language in monolingual situations.