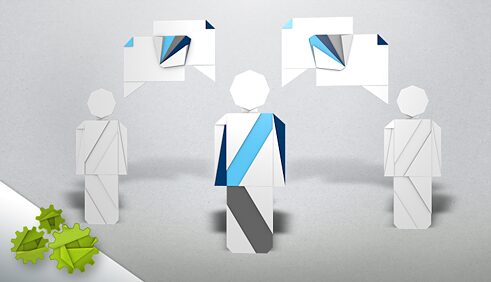 How does a knowledge of two or more languages influence the way a person learns a foreign language? And what are the consequences for foreign language teaching if learners bring experiences of many different languages to the classroom? Multilingualism research is providing initial answers to these questions.

More and more people around the world are growing up and living with two or more languages. This is first and foremost a consequence of growing international interdependencies and greater mobility – whether to escape from war or famine, to seek work or for any other reason. In Germany too, bi- and multilingualism is increasingly common and thus ever more frequently influences the way in which languages are learnt. The question of what consequences this has for the learning of additional languages has been addressed above all in the context of research relating to the consequences of migration for development, upbringing and education. A number of the findings are presented below.

In research on language teaching and learning, it was long standard practice to assume that monolingualism was the norm. Especially in education systems based on European traditions, the view has prevailed – and in many cases still prevails today – that young people “normally” grow up and live monolingually (Gogolin 1994). Within this view, school is the first place in which children encounter bi- or multilingualism, and the proper place for this is the foreign language lesson. Part and parcel of this is also the idea that it is possible to control how and in which phases learners are acquainted with a new language.

The concept of “bilingualism” was considered to be the exception to this “norm”, the basic assumption being that such a person would belong to a linguistic minority such as the Sorbian ethnic minority in the German states of Saxony or Brandenburg. Another key idea was that of the “bilingual family” in which the mother had a native tongue that was different to that of the father, and that both passed their languages on to their children.

These concepts of “norms” and “exceptions” have been superseded by reality. The languages which migrants bring with them multiply the language constellations in all countries of immigration, and this is no less true of Germany. Although official statistics do not provide any information about this, it can be assumed that well in excess of 100 languages apart from German are in daily use in Germany – at least in urban regions (Gogolin 2010).

This means that multilingualism has a fundamental bearing on the teaching and learning of languages on two different levels. For one thing, daily “uncontrolled” experience of two or more languages changes the student’s individual prerequisites for learning, and for another the increasingly heterogeneous linguistic composition of the student body requires consideration to be given to the different language experiences of learner groups.

KNOWLEDGE OF LANGUAGE AS MULTILINGUAL ADVANTAGE

There is considerable disagreement among researchers as to whether bi- or multilingual learners are at an educational advantage or disadvantage when it comes to learning additional languages and in terms of their school careers (Gogolin, Neumann 2009). What is agreed, however, is that living in more than one language affects the way students learn. Any experience in one language  influences the ways in which subsequent languages are learnt and experienced.

In particular, there is consensus about the fact that bi- and multilingualism entails benefits on the cognitive level. This can be explained by the fact that people who have the choice between different languages are permanently required to decide which language they wish to use. Most importantly, this involves speakers constantly assessing whether the person to whom they are talking will actually understand the language used. This results in continuous training of cognitive abilities in the area of knowledge about language.

There is empirical evidence that bi- and multilingual children are better able to distinguish between the form of utterances and their meaning, and can do so at a much earlier stage (Barac, Bialystok 2012). A well-trained basic “cognitive control” ability is a great advantage not only for learning languages, however, but also for learning in general. In terms of individual prerequisites, in other words, multilingualism can be assumed to be beneficial for language learning.


The Benefits of being bilingual | © Cristina Costantini / ABC

As a rule, traditional teaching and learning of foreign languages is based on a reference language shared by all the learners, who are assumed to have a “native speaker” command of this language. This is no longer the case in many school classes nowadays, however. While it can still be assumed that all learners at German schools will have gained some experience of German, the degrees of such experience can differ considerably, with the result that they are unable to function in the same way as “native speaker” proficiency when it comes to learning.

Research on the teaching and learning of languages has hardly focused as yet on the consequences of such changed constellations (Little et al. 2014). One of the few studies that is exploring the potential effects of the linguistic composition of learner groups on foreign language learning is the study DESI – Assessment of Student Achievements in German and English as a Foreign Language. It found that pupils who already bring multilingual experience to the classroom potentially have advantages when learning a foreign language (Göbel et al. 2011). However, it appears to require explicit didactic and methodological efforts for such benefits to be actually derived – and especially for them to have a positive impact on the language learning success of all members of the learner groups.

Initial empirical studies indicate that it is advantageous for foreign language lessons if pupils are expressly encouraged to actively contribute their various linguistic experiences. This appears particularly beneficial when it is a question of understanding linguistic phenomena. This applies not only to words and their spectrum of meanings, but also to the functions of grammatical devices, the relationships between phonetic symbols and characters, and the images conjured up by proverbs and sayings (Sierens, van Avermaet 2014). In this sense, lessons activate and systematize the pupils’  metalinguistic abilities which have been trained by bi- or multilingualism. They also promote targeted transfer between languages, that is to say the ability to take something learnt in one language and apply it meaningfully and systematically to the new language.

Didactical approaches which take advantage of this already exist, though they focus above all on deriving metalinguistic knowledge from characteristics of the target languages (Hufeisen, Marx 2007). On the other hand, the idea that bi- and multilingual learners might make systematic use of their different linguistic experiences – acquired for the most part in an “uncontrolled” manner – as a source for foreign language learning is still little but a distant dream.