Who learns German and why? And what can governments, institutions and teachers do to ensure that languages are accorded equal importance? We asked Hans-Jürgen Krumm, a professor of German studies and author of a recently published book entitled “Sprachenpolitik Deutsch als Fremd- und Zweitsprache”(Language Politics in German Teaching).

Partly. The German language has spread across the world in very different ways – through colonialism and German emigration, for example. And there are still plenty of reasons nowadays to learn and speak German in the business and tourism sectors. But language policy is, of course, an important contributing factor. Especially after World War II, the West German and, in a different way, East German governments massively promoted the German language. The object was to show, in the competition between political systems, that National Socialism had given way to a better Germany. This language policy, in which institutions like the Goethe-Institut played – and continue to play – an important role, is one reason that a relatively large number of people still learn German today, despite the inroads that English has made.

You’re saying that language policy was used deliberately during the Cold War to improve Germany's image in the world. Is this still the motivation for efforts to promote German in other countries today?

Economic aspects, for one thing, and European policy, for another, are more important drivers today. Plus the need for skilled workers from abroad. It’s also a matter of competing for bright minds in the globalized world. So the hope is to draw people's attention to the German-speaking countries, to educational opportunities here and to German companies by kindling enthusiasm for the German language. And Germany wants to show through its language that it’s part of the European Union.

What do you think of the German government's language policy?

All in all, the German government are taking the right angle. The point is not to directly exert “political influence” on people. The Foreign Office is essentially in charge of German language policy. So it’s about image-building and winning hearts and minds, about rapprochement, now as ever, after all the harm done by the Nazis. In my opinion, it’s right to champion the German language as a beautiful and important language in the context of international multilingualism, but not to argue against other languages. German-speaking Switzerland, Austria and the Federal Republic of Germany lie in the centre of Europe. And German is a language of interest to many people in the world thanks to its cultural traditions, for one thing, and as a European language, for another. It’s a good thing German language policy addresses the whole gamut of interests and relations on the various continents.

You can study for free here in Germany, and the German Academic Exchange Service offers interesting scholarship programmes. Do policies like these help motivate people to learn German?

They do help, of course. Though it's not just a matter of free tuition. The German education system has a very good reputation worldwide in many fields, from architecture and technical subjects to philosophy and musicology. But that alone wouldn’t be enough to account for the keen demand if people had no interest in Germany itself and the German language.

Teachers play a key role in “turning people on” to German. They show their pupils that learning a language isn’t just about learning grammar, it also gives them access to a different world in a whole new way. The teachers choose the texts and music for their lessons. But they also organize exchange programmes that allow for direct contact. I call this “language policy from the bottom up”.

Language policy also applies within Germany, for example when immigrants are required to attend integration courses...

Yes, and I’m of two minds about that. Clearly, anyone who wants to live and work in Germany needs a command of German to do so. But there’s a great deal of injustice in language requirements for immigration. Some people have to pass language tests to come to Germany, to be reunited with their families, for example. Others, on the other hand, because they were born in, say, Poland or Portugal, are allowed to settle here without being asked about their German skills. As a linguist, I think language is a bridge and should not be a barrier. But some of the language tests for immigrants serve more as barriers. Furthermore, rewards and incentives are clearly better for language learning than penalties. In my opinion, language policy hasn’t always struck the right balance.

School administrations are also implementing language policy when they forbid pupils to speak any language but German in the schoolyard. And whether kids have Arabic or English “in their baggage” also makes a big difference...

Language bans at school, even during breaks, are bad: they violate human rights and children's rights. And they hinder the development of multilingualism in children. They’re all growing up in a multilingual world and should learn early on, at school, how to get their bearings in this multilingualism.
Language bans are called “linguicism” in linguistics, a term modelled on “racism”. While English is allowed everywhere, other languages are discriminated against. I think our language policy isn’t doing enough yet to valorize all languages and to view multilingualism as an enrichment. 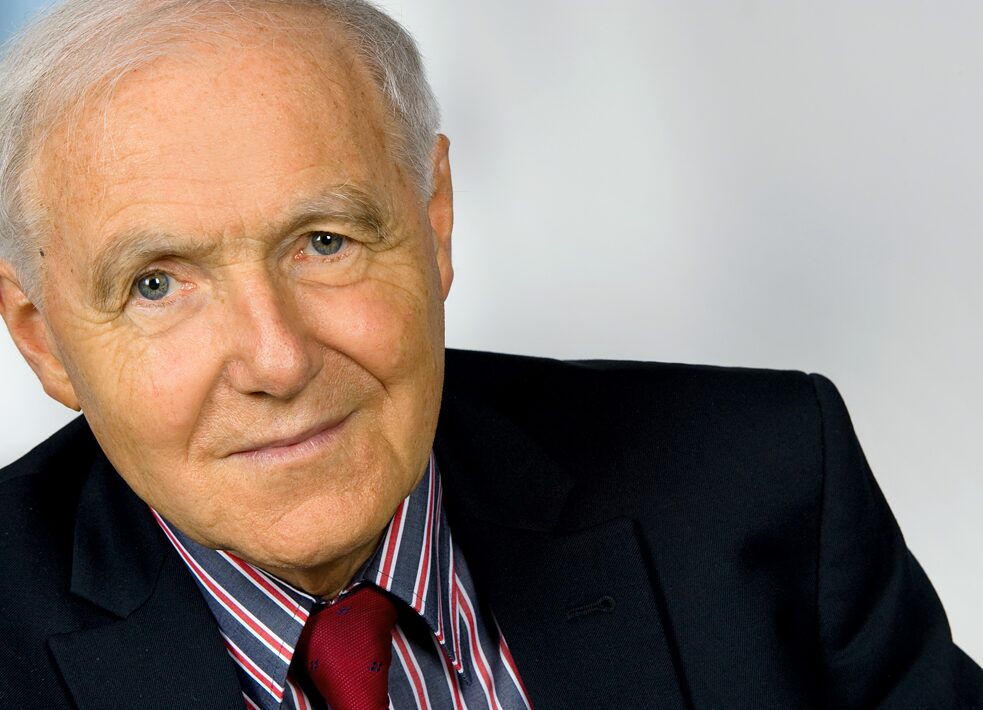 Hans-Jürgen Krumm | © Krumm What can teachers do to ensure that languages are accorded equal treatment?

Teachers should talk about language politics in class so that everyone understands that denigrating a language also amounts to denigrating the people who speak it. For starters, teachers can ask what languages are actually represented in their classroom. This is important for pedagogic purposes, in order to know what I can build on. But it also raises political awareness among teachers and pupils. Because they come to realize: what I can say in my language isn’t the only kind of normality – it’s normal for others to speak other languages too. You can discuss with the class why some languages are valorized in our country and others are not.
I also think it’s important for German to be taught and regarded as a European language. You can ask pupils on other continents why EU officials tend to speak English more often than German, even though German speakers form the largest group in the EU. Which naturally leads to a discussion of German history, the expulsion of Jewish and other scientists and academics. Developing language awareness and the issue of language justice are important aspects of teaching German.

What can institutions and government do to ensure equal treatment of different languages?

I think our government should make multilingualism a human right. The European Union wants everyone to learn at least two languages at school in addition to their mother tongue. If one of those were German, another Turkish or Romanian, for instance, and a third English – or, if there’s enough interest, maybe even Japanese – then we could get away from this antagonism between languages.

You’ve spent decades working on the subject of language policy in German teaching. But did any information really surprise you whilst researching for this book?

Oh yes, quite a lot. Among other things, I realized how exclusive the linguistic rights of officially recognized minorities in Germany are compared to those of immigrants and refugees. For this book, I did thorough research on language rights and saw how many people in our country have no legal protection for their languages at all. That made such a strong impression on me that I’m focusing heavily on language rights now. Together with former students and staff, we’ve set up a “Language Rights Network” for critical analysis of official language policies in Austria. In February 2022 we’ll be holding a conference on testing, which is a crucial issue in this connection. I’m trying to get involved in shaping public opinion in this domain.

Janna Degener-Storr is a freelance journalist and expert on German language teaching.