Radioeins reporter Cora Knoblauch is spending the month of October in Kuala Lumpur, Malaysia. What’s she doing there? For the Goethe-Institut’s Close-Up journalists’ exchange programme, she is the guest of the Malaysian radio station BFM 89.9, which will be sending radioeins a colleague in November in return.

Hello Cora, or how would I greet you properly in Malayan?

“Have you eaten yet?” Food is the most important thing here. If you don’t have a warm meal in your stomach, you’re practically not human. You can eat a warm meal any time of the day or night in the thousands of restaurants and street kitchens in Kuala Lumpur; there are no fixed lunch and dinner times like we have at home. You can order a chicken curry at ten in the morning; it’s completely normal.

But you weren’t sent to Kuala Lumpur just to eat, but to work in radio or see how radio journalists work there. What are the biggest differences?

Honestly, I was quite surprised to find a station at the other end of the world that is incredibly similar to radioeins. BFM – that’s the name of the station – is practically the radioeins of Kuala Lumpur. In that sense, it feels a little like home.

However, there is one big difference that we don’t have in Germany: censorship. Islam is Malaysia’s state religion. In addition to civil law, Sharia laws apply here, at least to Muslims. In this respect, there are subjects that you can’t easily write and talk about here as a journalist: for example, homosexuality and abortion to name two.

So what’s that like in the workday at BFM, the station hosting you?

BFM handles these subjects anyway! The station is considered the only free station in Kuala Lumpur. BFM has regularly interviewed activists working for the acceptance of homosexual and transgender people or against child marriages, or gynaecologists who care for unmarried pregnant girls. But first, the presenters have to consider carefully how they will word their questions. Some words are simply not spoken. To avoid getting into trouble with a Sharia representative, the presenters will censor themselves first. Instead of “abortion,” the moderator talks to the gynaecologist about “family planning.” But listeners know what they mean. And these programmes have a big listening audience.

Has that ever happened to BFM? That the Sharia police knocked on their door?

Yes, a few times. There were time-consuming interrogations with the presenter, the editor and the editor-in-chief of BFM. In the end, though, BFM was always allowed to keep its permit. It’s often more difficult for interviewed guests who express themselves too openly. An Islamic women’s organisation that advocates against things like polygamy and child marriages has already been issued a fatwa based on such interviews. 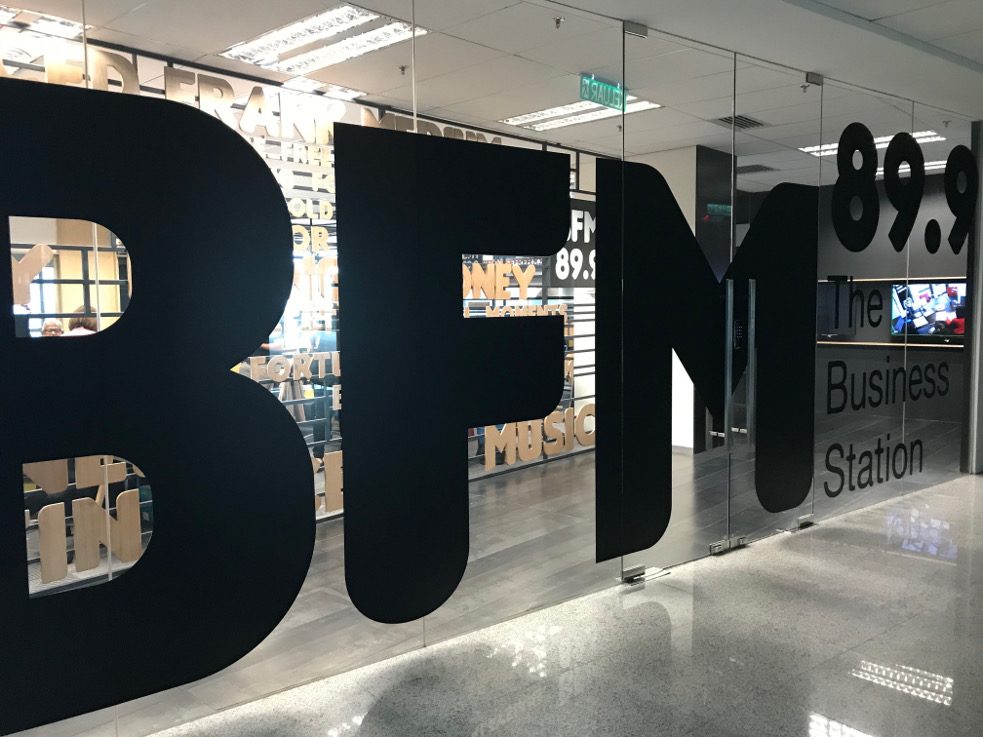 As always, bans lead to trickery

You say that Islam is the state religion in Malaysia and Sharia laws are in force. How do you get along with that as a western woman? Or what impact does it have on you?

None, actually. Kuala Lumpur is a big city. Half of the inhabitants of Kuala Lumpur are Chinese or of Chinese descent, moreover many Indians live here. Both are commonly not Muslims and therefore don’t wear Muslim clothing. The Malaysian constitution explicitly states that other religions are to be tolerated alongside the Muslim state religion. So in public life there are no dress codes and there are Chinese pagodas and Hindu temples on the same streets as mosques. No one looks funny at me here when I’m running about in shorts – I mean, it’s 32 degrees Celsius every day here!

But there are at least two things where this religious multiculturalism falls apart. First, there are no dogs on the streets here. Dogs are absolutely haram in Islam. Anyone who keeps a dog here has to do it more or less secretly and get along well with their neighbours, because if they report a dog owner, he’ll quickly lose his dog. That’s also why there’s no dog shit on the streets.

And the second sticking point – and this takes us back to food – are the restaurants. As a rule, all restaurants, whether Indian or Thai, serve their food halal. All the hotels also have to cook halal: so there’s no pork and a few other rules. But now to the fifty percent Chinese population: of course they don’t cook halal. What would a Chinese restaurant be without crispy fried pork ribs?

Strictly speaking, a Chinese person can’t take his pork ribs to work because it would ruin the whole halal environment. BFM is not so strict, everyone brings whatever food they like to work. But that’s the exception. And conversely, a Muslim may not enter a Chinese restaurant.

Now there are many mixed marriages, say with one spouse of Chinese origin who only converted to Islam for the wedding. Since they are now officially no longer allowed to enter Chinese restaurants, they send a non-Muslim friend who brings them the food. And then they eat it at home or somewhere where nobody will see them. As always, bans lead to trickery!