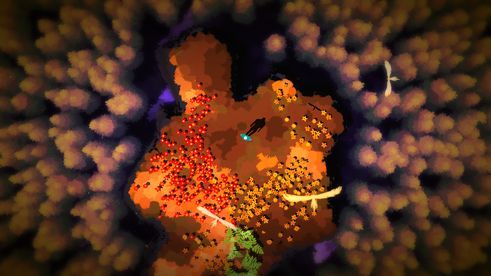 The German game scene is big. Those who know it appreciate its versatility and collegiality. But few people know it. Talented developers want to change that.

The German game industry seems small. Its market share in Germany is puny. About 6.5 per cent sales share in the overall market, according to the current annual report of the Association of Interactive Entertainment Software (BIU). There are many studios, but they tend to be unknown. And this although there is a German games press, a patchwork of assistance measures and a Computer Games Award with a big gala.

A scene for explorers 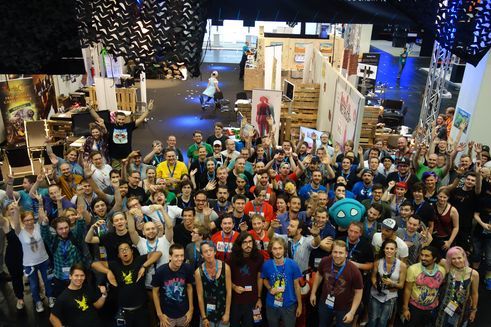 Indie Arena Booth | © Indie Arena
The computer game Future Unfolding poses a riddle. The game figures awake in a colourful jungle. Clear instructions are lacking. “We’re often asked what you do in the game. We say then that it’s about exploration. You have to discover the whole map”, explains Andreas Zecher. One of the developers of the studio Spaces of Play, he is in charge of business and development. The native German lives and works in Stockholm. His colleagues work in Berlin. A Monday Skype conference and ongoing chats suffice to enable the developers to pull in one direction. “It’s also possible to talk things to death”, says Zecher.

They wanted to create “something completely new”. But Future Unfolding also coincides with a current trend: more and more games highlight exploration rather than other game mechanisms. If you want to see everything, you have to be a good observer and draw your own conclusions.

In the German games scene Future Unfolding is the exception: multi-laterally promoted, attracting international attention and exhibited at games events ranging from Kyoto to San Francisco. But it is not a surprise. New talents are pressing into the industry. Many think internationally. And they are increasingly better trained. The developers of Spaces of Play met one other during their university studies in Berlin. 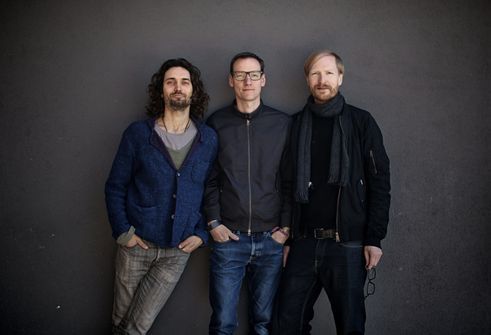 More and more talents are entering the market

According to the BIU, there are 22 courses of study for game makers in the German capital alone. Integrated programmes in other German media metropolises such as Cologne, Hamburg and Munich also prepare young people for multi-disciplinary jobs. Altogether there are 154 programmes ranging from Augsburg to Lübeck. This creates many opportunities – and many uncertainties.

Graduates are confronted by a large, confusing industry. The most important studios are located in the United States and Canada. But Germany also has long-established companies. Crytek grew to its present size with brilliant first-person shooters and is now reinventing itself as a virtual reality company. Daedalic has worked its way up to one of the most important names in the adventure genre. Wooga cements Germany’s strong presence in the mobile phone and tablet games market. But many young developers are not looking for a job. They would rather develop their own visions than contribute their mite to some large-scale production.


Waiting for the big hit

Many German studios are small, but now well networked. With her studio Rat King, Jana Reinhardt is one of the hubs. The enterprising developer from Halle is one half of the studio. She strongly supports the organisation of the network for indies in German-speaking countries. Five hundred developers are registered at the forum Indie Arena. But the national framework doesn’t play a big part in the work, explains Reinhardt. She observes in the scene instead a “pleasing international style”. This makes sense: the market is global. Yet the hasty organisation and market orientation could also be a stumbling block, she thinks: “Our thinking isn’t crazy enough”. This, she conjectures, might be the reason that the German indie scene has yet to have an international hit.

Studio Rat King | © Jana Reinhardt | © Jana Reinhardt
But talent is also constrained to reliability. Even small amounts of funding are granted only against business plans, market analyses and the fulfilment of content targets. Free experimentation is not funded. And even on the small scale, game development is expensive. Six-figure budgets are quite normal.

The breakthrough for Germany’s independent developers could happen in Cologne, at Gamescom. Gamescom is the world’s largest trade fair for computer and video games. And here too is the yearly growing Indie Arena Booth. It presents 90 games from 18 countries. Germany is naturally a major focus. One of Reinhardt’s favourite games is Shift Happens. The co-op platformer is no longer an insider’s tip, but a two-time winner of the German Computer Game Award. But the mild indifference to this growing industry on the part of politics is also revealed at the gala event. Of all people, the off-topic Federal Ministry of Transport is one of the sponsors of the rather meagrely endowed award. 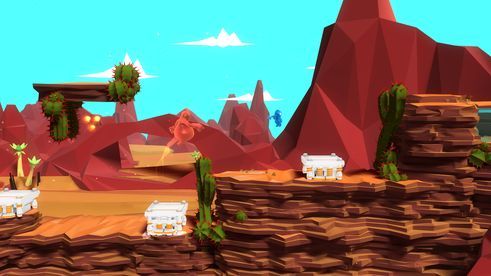 Shift Happens | © Klonk Games
“In Germany there’s still a problem of recognition. Game developers aren’t valued as creative artists”, sighs Reinhardt. This could change. A generation of young artists are working on doing so.