Thousands have taken to the streets in Germany to protest the government’s Coronavirus policies. They are a disparate group of people who would otherwise have little or no contact: concerned citizens, conspiracy theorists, new agers and far-right radicals. There has been a lot of media attention, but just how worried should we be? Protest researcher Dieter Rucht says there is no need for alarm. He views these demonstrations as part of democratic discourse. 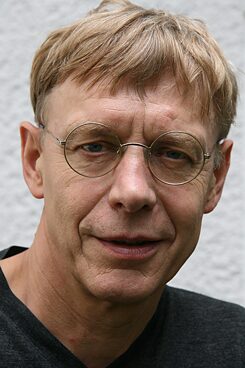 Professor emeritus Dieter Rucht is on the board of the Institut für Protest- und Bewegungsforschung (Institute for Protest and Movement Research) in Berlin. | Photo: © privat Mr Rucht, very different groups have come together in the streets to protest the German government’s Coronavirus policies. What has brought groups we could never have imagined sharing any interests together?

People are not brought together so much by a shared goal as by a shared reason. Demonstrations have created drama that attracted media attention. So they have become a stage for individual interests and objectives. It doesn’t matter what your neighbour to the left or the right, in front of or behind you, says or wants.

In summer 2020, when the demonstrations reached a peak, the number of cases and the economic impact of the pandemic in Germany were comparatively small. Why was protest here then so widespread and vehement?

I think the prevention paradox is the primary reason. Many people who live in places where the pandemic has been contained feel that the protection measures were excessive. The pandemic, they argue, was not so bad after all. They cannot see that these measures are the very reason the pandemic did not spread. The inconsistency of some political decisions, as can happen in a federal state, has only served to strengthen this belief. People are confused and upset.

Have there been other examples of similarly odd protest alliances in the past?

There have been a few negative coalitions where opposing groups have joined forces for a time against a shared opponent or to fend off a specific threat. But these have been temporary alliances entered into knowingly for tactical reasons, like the right and left-wing groups at the 2014 peace vigils against global financial capitalism in the wake of the Ukraine crisis. At the moment, I don’t see a tactical or strategic element in play. What I do see are people interested in presenting their views to a wide public.

As in other countries, some of the anger is directed at the “establishment”, whatever that means. Is it possible that this diffuse movement could give rise to another aimed at destroying existing structures, even if it initially has no alternatives to offer?

This has only happened in a few individual cases where the opposition was deeply divided. The situation in Israel immediately comes to mind. One the one hand are ultraorthodox Jews who live in a closed society and powerfully assert their interests. On the other is Israel’s left-leaning and liberal society, which is not self-contained and does not represent a homogenous block. This means the smaller camp can impose its will, even though the other has greater numbers. A minority can win out against the majority because they are compact, energetic and carry out targeted hits. I don’t see this as a possibility in Germany though, at least not yet. Here we have a relatively powerful camp in favour of the corona virus measures and a strongly democratic one that will stand up if the protests gather steam.

It still seems like the fronts are growing more entrenched, and not just in regard to the Coronavirus. The conflicts are also getting increasingly bitter for other important issues, like how to deal with climate change, the shift to green mobility, digitalization and migration. Are we undergoing increasing social division?

There has been a creeping tendency towards polarization. Still, the situation here is nothing like in the USA. Yes, we are divided on a whole host of issues, but the various dividing lines run between very different groups and sometimes counter to the original conflict. This diffuses things somewhat. Let’s take the right-wing groups, for example, that want to strengthen public opinion polls. This is a clear acceptance of democracy. There are many groups on the left who, like on the right, are also in favour of more public participation in decision-making.

Overall though, tensions seem to be escalating. Isn’t that a bit worrisome?

Over the past 50 years, the trend has been toward a greater number of issues and more groups getting involved. We have a surfeit of protests. This is not a problem as long as these don’t divide into two large camps. It is simply part of the normal democratic process. Conflict can build bridges because extreme positions tend to move towards each other over time.

How should we deal with those who call the Coronavirus a hoax or subscribe to conspiracy theories – does it even make sense to engage with them on the topic?

There is no one strategy that fits all groups. It makes little sense to come up with counter arguments when dealing with ideologically entrenched far-right radicals. In the more diffuse right-wing spectrum though, there are people who have some niggling doubts. This is the group we should be addressing. Let someone talk about the supposed corona hoax for a bit; don’t cut them off right away. Rather than immediately disagreeing, ask questions: Where did you read that? Was it a reliable source? And we can admit that critical questions are justified on some issues. Critical questions are legitimate. Once a climate in which people are willing to listen has been created, then you can take a clear standpoint and the facts to support it.