The nine circles of hell from Dante’s Inferno 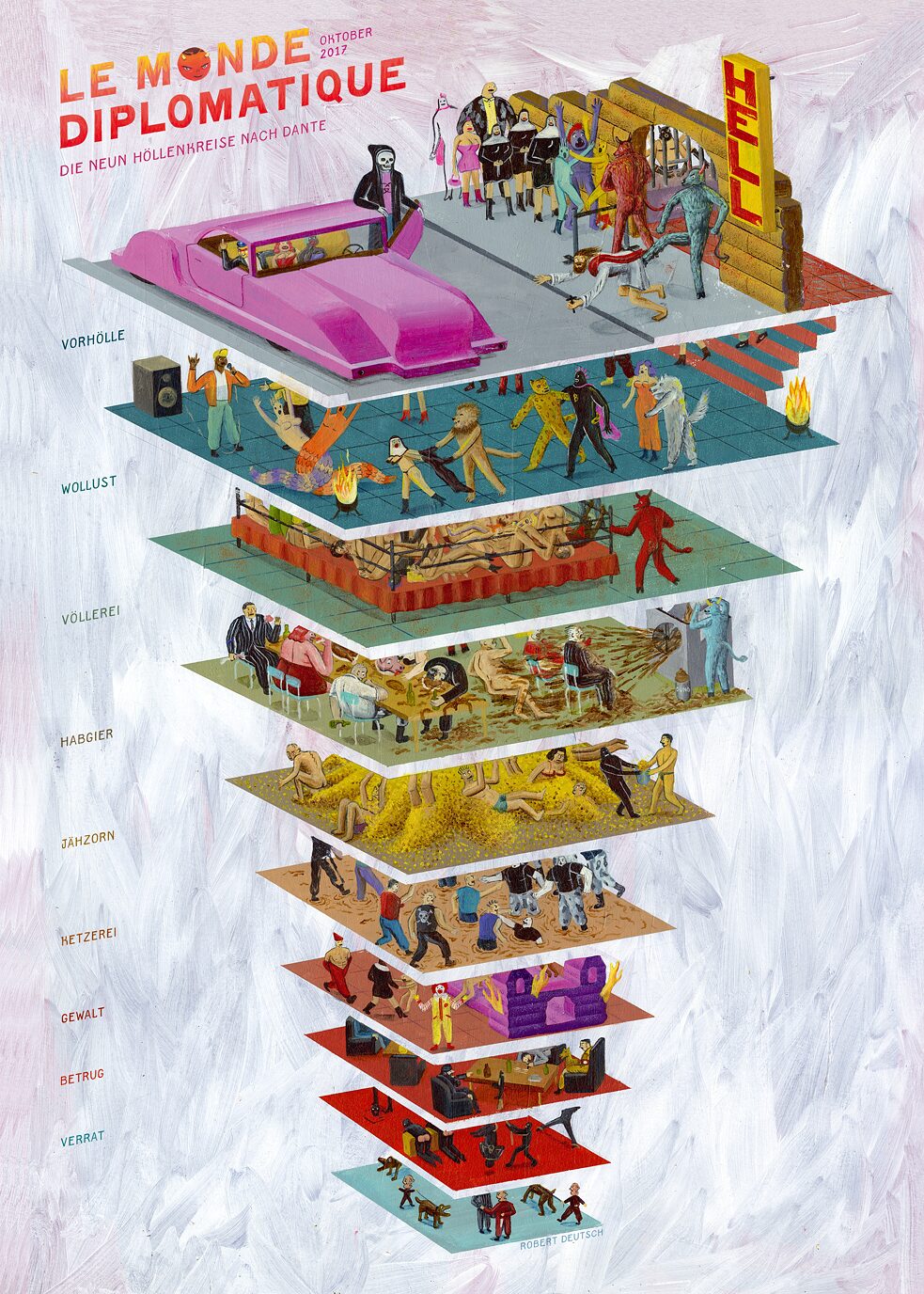 Robert Deutsch
Robert Deutsch studied illustration and communication design in Halle and works since 2012 as a freelance illustrator and graphic designer. His works have been exhibited in Porto, Berlin, Leipzig and Los Angeles and published in several magazines. In 2014 he was awarded the GiebichenStein Design Award in the category Best Communication. He lives and works in Leipzig. His debut Turing released in March 2017.
robertdeutsch.de