Pink / The world should be 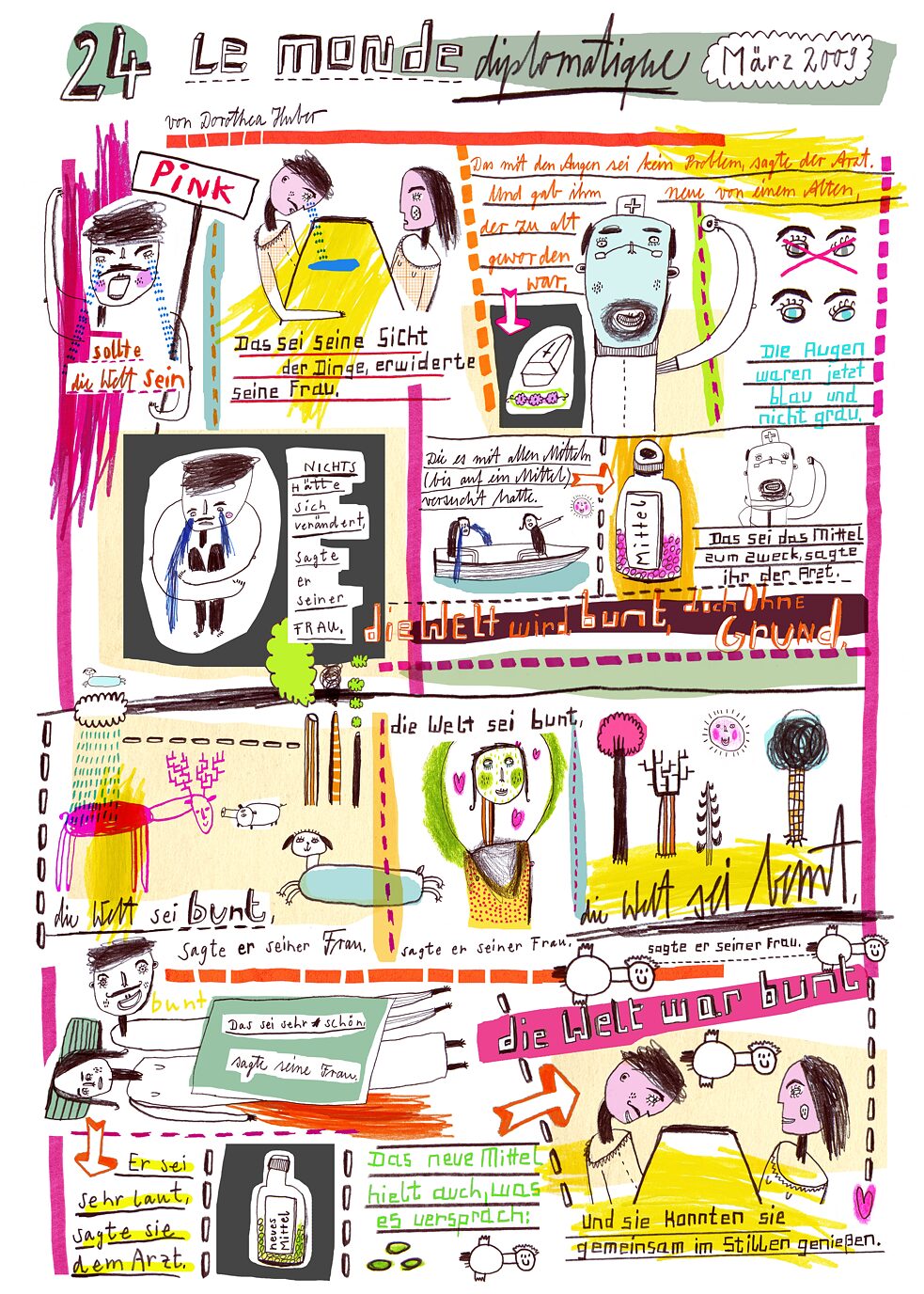 The eyes shouldn’t be a problem, said the doctor and gave him new ones from an old man who had turned too old.

His eyes now were blue, not grey.

Nothing has changed, he said to his wife.
Who had tried all remedies (except one)
REMEDY

That’s the right means to the end, said the doctor.

The world turns gay, but without reason.

He’s getting boisterous, she told the doctor.

The new remedy also did what it promised.

The world was colorful.

And they could both enjoy it in silence.

Dorothea Huber
Dorothea Huber was born in 1980 in Kaufbeuren. She studied graphic design at the University of Applied Sciences and Arts Hildesheim. She illustrated Alexandre Dumas‘ Captain Pamphile. It was published by Büchergilde Gutenberg in 2008. She lives and works as an illustrator in Berlin.
dorohuber.de