Someday I will overcome my fear of the deep 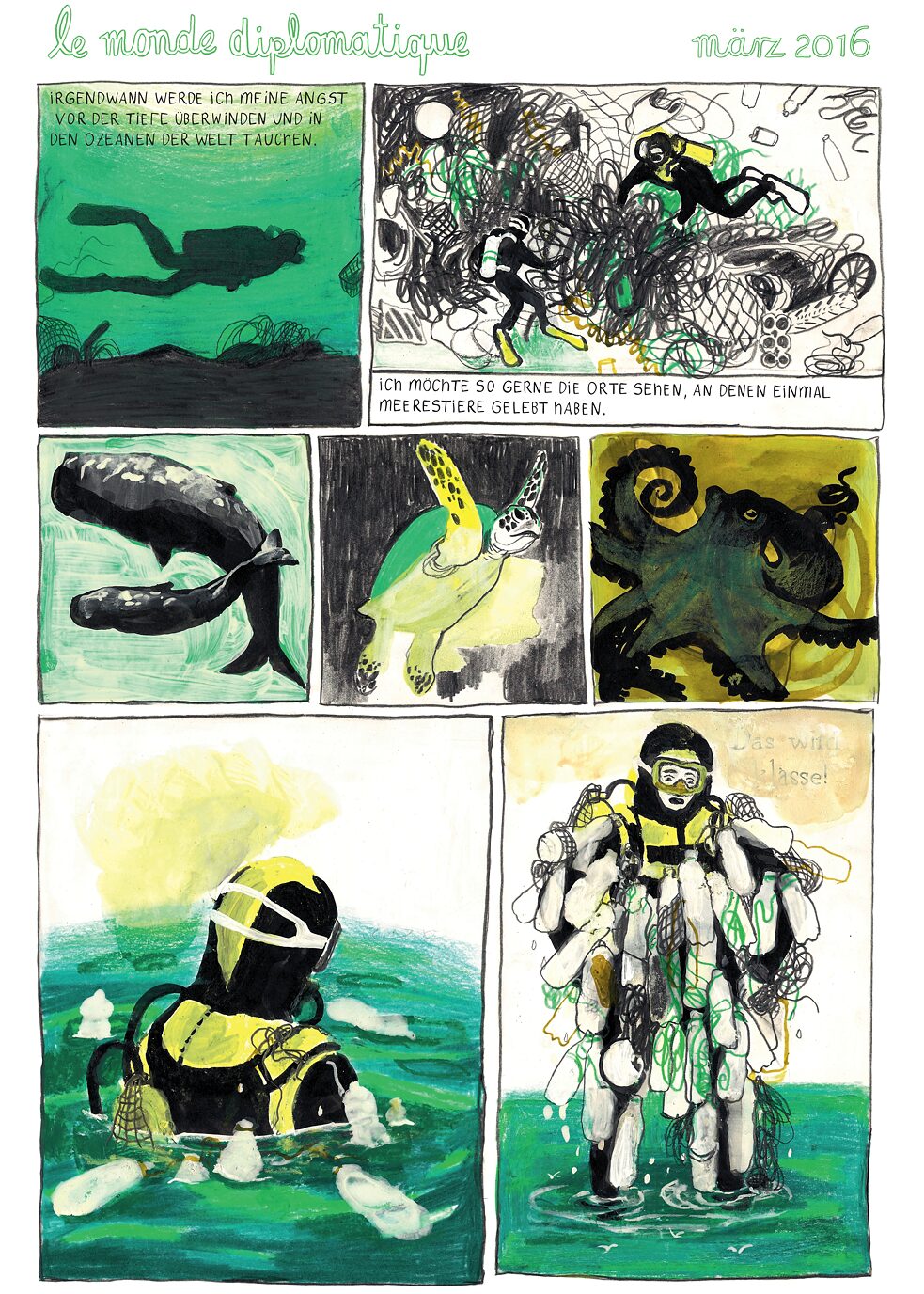 © Magdalena Kaszuba / LE MONDE diplomatique
Someday I will overcome my fear of depth and dive into the oceans of the world.

I would like to see the places where sea animals once lived.

That will be great!

Magdalena Kaszuba
Magdalena Kaszuba was born in Poland in 1988 and grew up in Germany. In 2013 she graduated from HAW Hamburg. In 2018, her debut Das leere Gefäß was published by avant-Verlag, for which she received the Hans-Meid-Stiftung‘s award in 2017. Her work has been shown in numerous exhibitions in Hamburg, Berlin and at the Fumetto Festival in Lucerne.
magdalenakaszuba.de