All over Europe there is a dramatic decline of insects, plants and birds to be registered 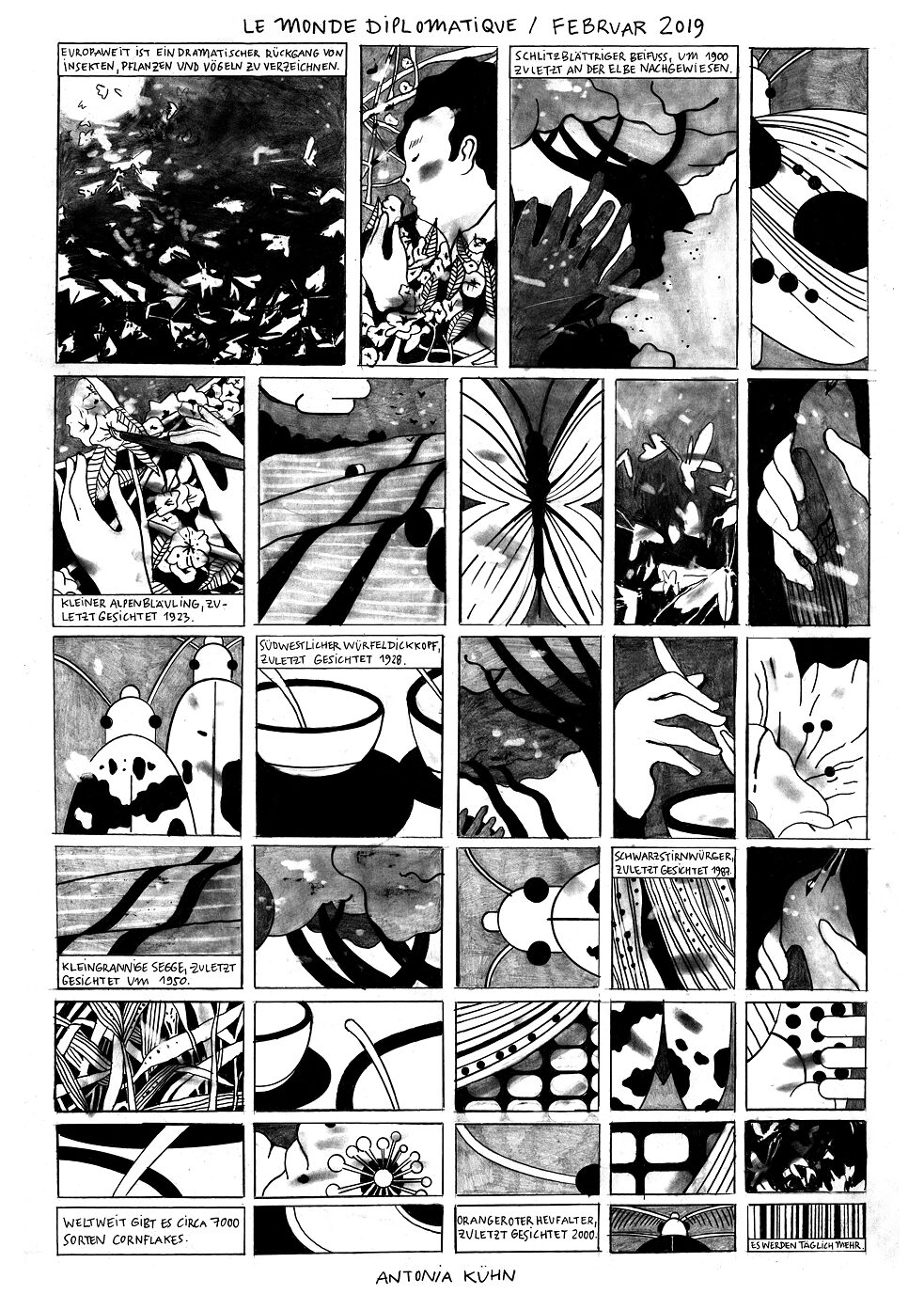 © Antonia Kühn / LE MONDE diplomatique
All over Europe there is a dramatic decline of insects, plants and birds to be registered.

Pinnatipartite mugwort, last evidenced around 1900 at the river Elbe.

There are more than 7000 species of cornflakes worldwide.

And they are multiplying by the day.

Antonia Kühn
Antonia Kühn was born in 1979 in Potsdam. Later she moved to Kiel where she studied communication design. Afterwards she studied film at the HfBK and illustration at the HAW in Hamburg, where she lives with her family and also runs a small animation studio. Her works have been exhibited several times at the International Comix Festival FUMETTO in Lucerne and at the Comicfestival Hamburg. In 2018, her first comic Lichtung was published by Reprodukt.
antoniakuehn.de