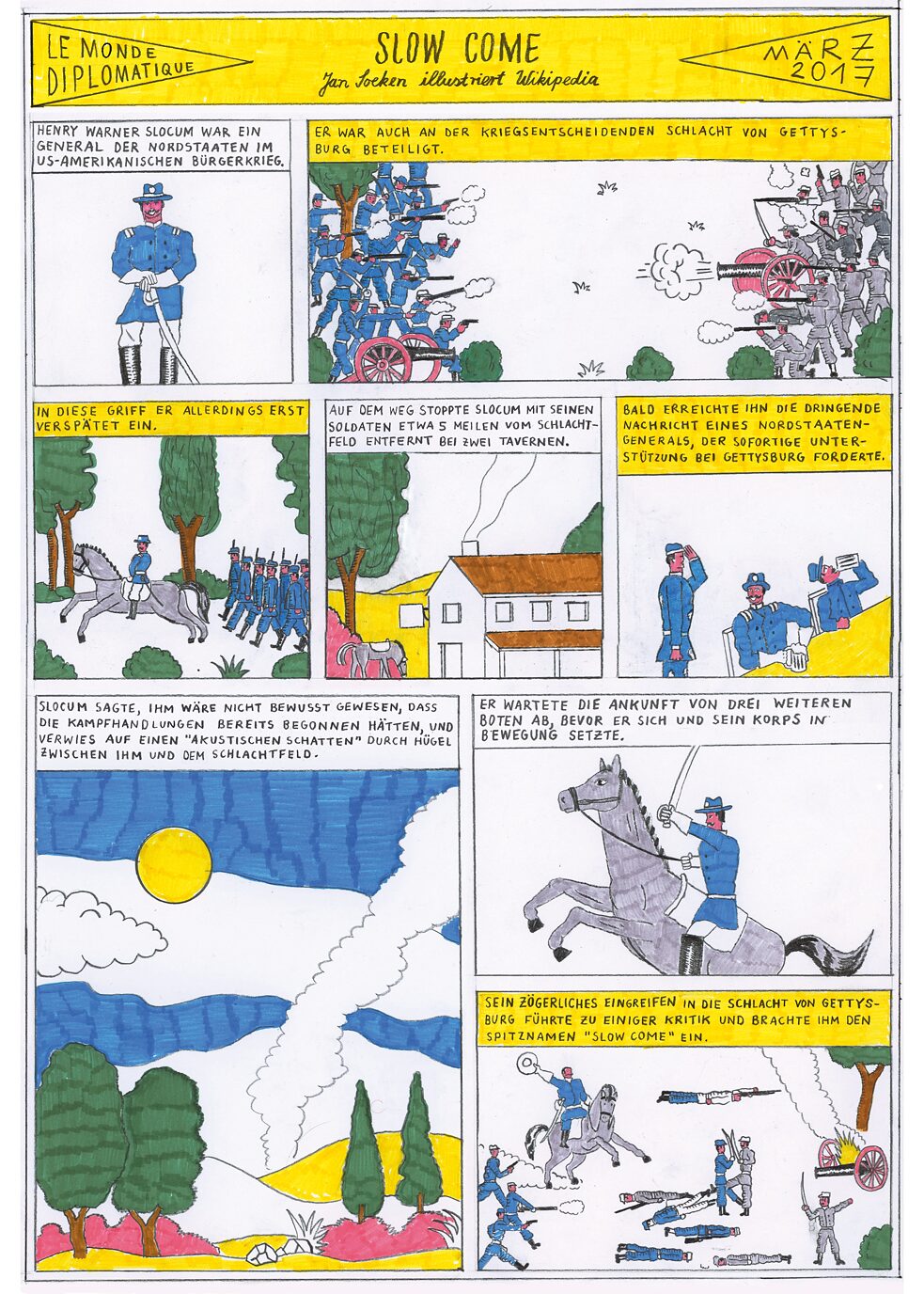 He also took part in the decisive battle of Gettysburg.

In that battle, however, he only belatedly intervened.

About 5 miles away from to the battlefield Slocum and his soldiers stopped off at two taverns.

Slocum claimed he hadn’t been aware fighting had already started and blamed it on an “acoustic shadow” due to the hills between him and the battlefield.

He awaited the arrival of three more messengers before he set off.

His tardy intervention into the battle of Gettysburg was strongly criticised and earned him the nickname “Slow Come”.

Jan Soeken
Jan Soeken was born in 1980 in Bremen and studied illustration at the HAW in Hamburg under Anke Feuchtenberger. In 2014 his debut Friends was published by Avant. He lives and works in Hamburg.
jansoeken.de