The antisocial tension is this 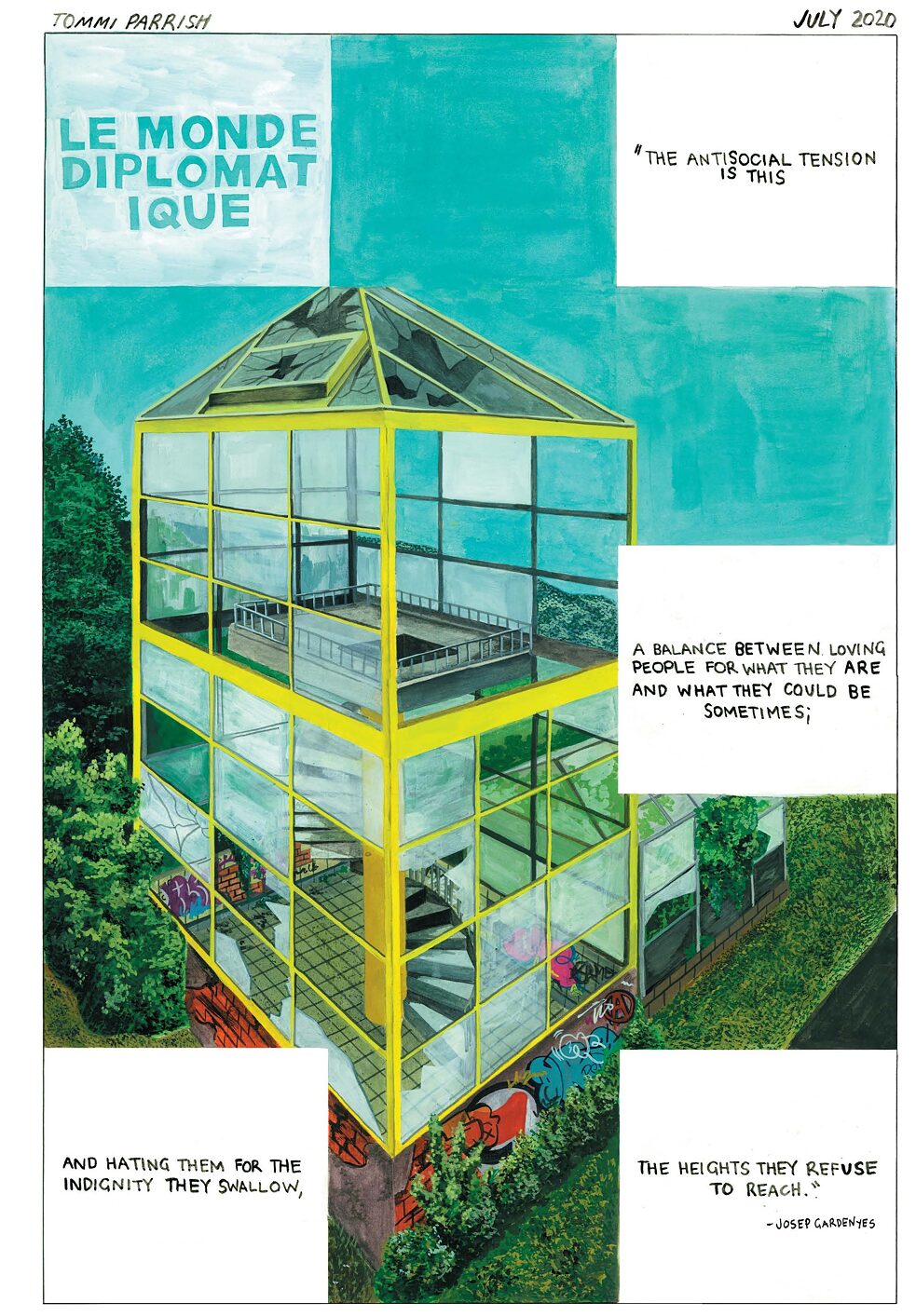 Tommi Parrish
Tommi Parrish is an Australian cartoonist living in the USA. They won the 2019 Limba literary award for best graphic novel, where the 2020 fellow at the cartoon studies and have taught and spoken all throughout North America and Australia. Amongst others, Tommi‘s work has appeared in the New Yorker, Granta, Best American comics and the Believer. Their second long-form book will be released by Fantagraphics next year. Tommi and their dog currently live in a camper in the Massachusetts woods with 7 other friends.
instagram.com/tommi_pg