Over the years, Berlin has increasingly become a hyped international hub for globalised living, a cool factor which can often overshadow the charms of the rest of Germany. I took a short trip north to get acquainted with the country’s second most populated city. 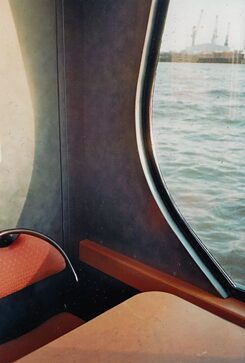 © Luke Troynar It’s with good reason that Berlin is such an attractive city for relocation among foreigners. The burgeoning startup scene provides ample career opportunities for English speakers, rent is still relatively cheap compared to European capitals like London and Paris, and the liberal culture and nightlife remain hard to beat worldwide. Because of this, expats like myself can easily fall into the trap of forgetting to explore what the rest of Germany has to offer.

It doesn’t help matters that the Berliners you befriend here tend to be a bit snobbish about other German cities, an attitude all too familiar to a Melbourninan who scarcely saw a speck of Australia’s sunburned country outside Victoria in all my twenty-three years of life down under. And when it comes to competitive hometown pride, the similarities don’t stop there. The closer I became with Berliners over the years, the more I realised that Berlin’s relationship to Hamburg in particular seems to mirror the age-old Melbourne-Sydney rivalry.

Back home, Melbourne is something like the Berlin of Australia, known for being edgy, bohemian and culturally aloof — a city of effortlessly hip backstreet parties and refined yet on-point fashion; Sydney, on the other hand, seems to be the Hamburg in the scenario, boasting a more bougie and picturesque kind of charm: a city surrounded by idyllic waterfronts with the Opera House the sparkling jewel in its crown, similar to Hamburg’s own glamorously postmodern concert hall, the Elbphilharmonie. 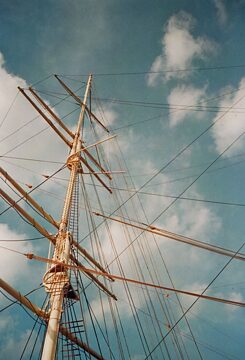 Last weekend I finally got around to exploring Berlin’s waterside cousin and found myself wondering why I hadn't done so sooner. After just two hours of travelling on the regional German railway I was snacking on Fischbrötchen beside the Hamburger Hafen and getting a taste for the harbour life.

The first thing that struck me about Hamburg was the somewhat warmer vibe of the locals, especially in customer service. Anyone who has lived in Berlin as a foreigner — prior to the upsurge of expat-run eateries in all their ingratiating glory, that is — will be familiar with the notoriously gruff Berliner approach to public hospitality. The Hamburgers, meanwhile, seem in less of a surly rush to get you in out and out of the venue and more inclined to offer an affable smile with your coffee.

It’s a difference that seems to carry over to the general flow of each city, with the movement of Hamburg ebbing along at a less abrasive, if less exciting pace. One German business owner at a stylish third wave coffee house even joked that Berlin was “not really his kind of city” when he asked where we were visiting from. He went on to chat about how he had given the German capital a shot once before returning north, an unprompted smattering of banter that would be unlikely inside the cafe’s Berlin equivalent. 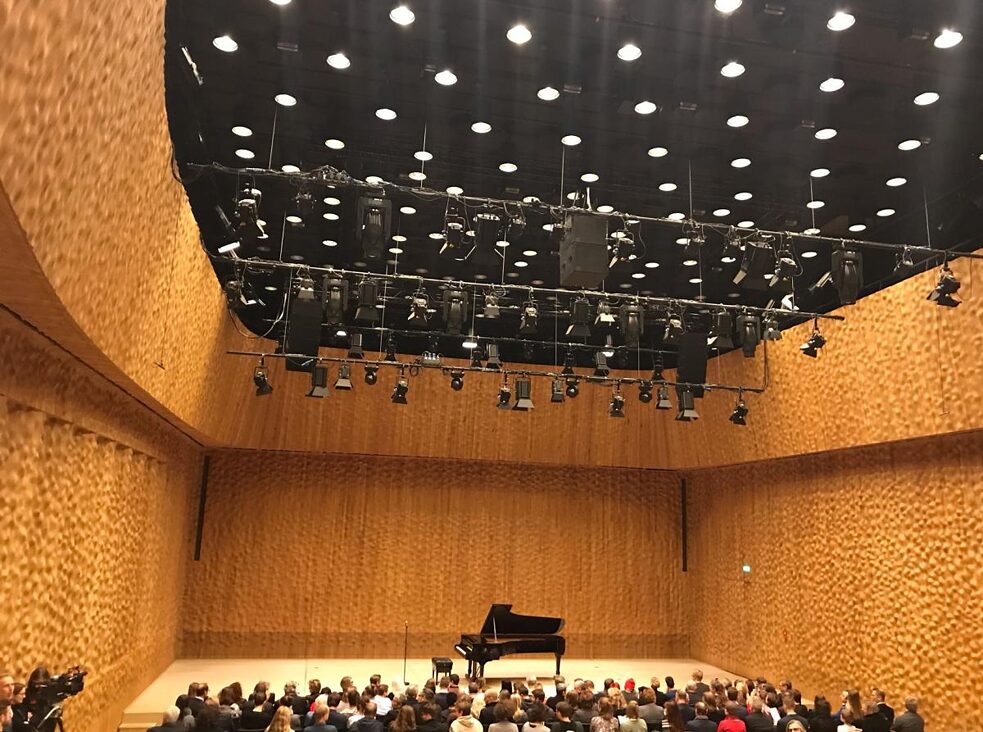 After a few hours, my companions and I settled into this rhythm. We ambled about the streets, which often look and feel a bit like Berlin with a Nordic twist, and had a curious snoop around St. Pauli, a neighbourhood infamous for it’s red light district.

On the advice that no trip to Hamburg would be complete without a visit to the Elbphilharmonie, we headed down to the grandiose waterside concert hall in the evening for a performance by Ukrainian pianist, Lubomyr Melnyk. Inside the glass-topped building, the crowd felt different to what you’d find at a Melnyk show in Berlin — a little bit older, a little bit posher. The long, steep escalator ride up a futuristic tunnel of whiteness to the chamber halls was almost as impressive as the Kleiner Saal itself, a modern feat of acoustic sound design with it’s wooden vortex-like walls.

All in all, the Elbphilharmonie probably marked the highlight of my short visit north. While there’s certainly something to be said for the Hamburg vibe, even after a short spell I found myself missing that feverish vibe of mischief that hangs in the Berlin air — the stark cityscape and the raucous streets brimming with energy and idiosyncrasy; those decadent, post-punk pockets of the city still left scattered among the rapidly gentrifying metropolis, where anything and everything goes. In short, if there’s any truth to the Melbourne-Sydney/Berlin-Hamburg comparison, then this trip proved I’m still a Melbourne boy through and through.