After almost a decade of living in Berlin as an expat, a juicy PhD offer Down Under enticed me back to the homeland indefinitely. Shortly after arriving back in Australia the COVID-19 pandemic wreaked havoc across the world, removing all reference to normality not only in this huge personal transition but in society as we know it.

On a cold, grey Berlin morning in late-November last year, a notification appeared in my email account that set my heart racing. The email was from QUT in Brisbane, one of the universities at which I’d applied for PhD studies. In a formal, matter-of-fact tone the email casually granted me one of my greatest wishes: to research a topic of my own choosing (the semiotics of memes) for three years on the university’s dime. While the news was unequivocally positive, the emotions it stirred up were much less clearcut.

My first thought while reading the email was that this was an opportunity too good to turn down. My second thought — what about Berlin? In the European summer of 2010, I set off with a bunch of high school friends on what was supposed to be a two-week holiday to the German capital. Little did I know it would be another decade before I bought my first one-way ticket back to Australia, or that I’d spend the rest of my twenties and early thirties finding my feet as an adult on the opposite side of the planet, forging a life the European way. 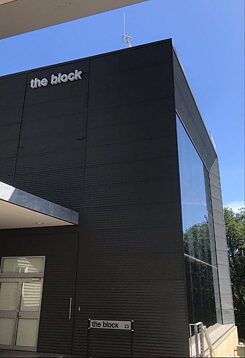 The QUT campus in sunny Brisbane | © Luke Troynar How could I just up and leave all the people who had become the centre of my universe for an unspecified amount of time? What about my flat that I’d lovingly made into a home? And what about that enormous chunk of my identity that now owes itself to Berlin and Berlin alone? After several tumultuous weeks of umming and ahing over all this with characteristic melodrama, I bit the bullet and accepted the offer. I’d had my Berlin Calling moment, I decided; now it was Brisbane that was beckoning.

And so at the crack of dawn on a late-February morning, with a stomach knotted with butterflies, I finished packing my bags, boarded my flight and braced myself for the strangeness of transitioning back into Aussie culture after over nine years living abroad. Of course, as fate would have it, this transition was to be rendered infinitely stranger by the coinciding outbreak of COVID-19. After only a week in Brisbane getting settled at the university, I found myself boomeranging straight back to Melbourne where I’d landed and into lockdown in my childhood bedroom.

On the one hand, my experience in the past months has probably been similar to most people forced into isolation around world. I haven’t had the chance to do much other than smash endless Zoom meetings with my colleagues and supervisors, slave away on my PhD project, and circle my personal corona hamster wheel comprised of the creek trail nearby my parents’ house (for exercise) and the supermarket around the corner (for essential supplies). On the other hand, throughout all this I’ve been working my way through another, much more personal, layer of alienation. 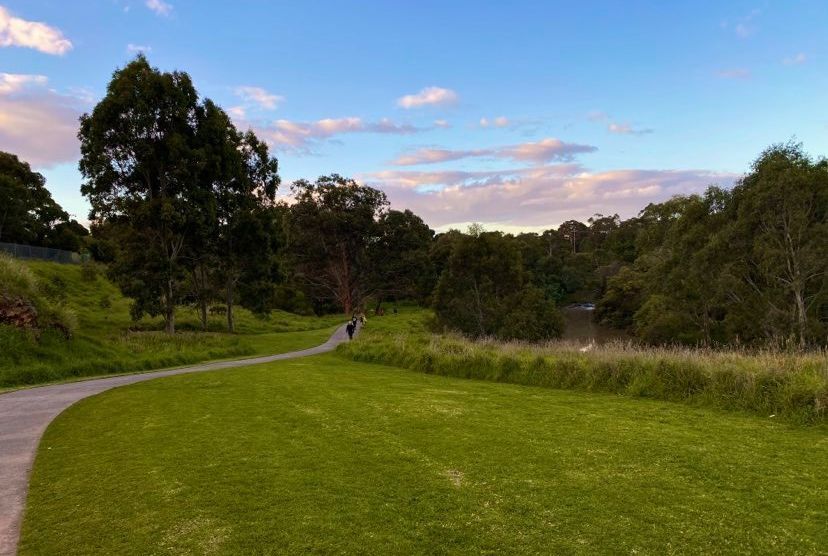 The Merri Creek Trail in Fitzroy - also known as my personal hamster wheel | © Luke Troynar In a post written about a year ago during a visit to Melbourne, I detailed the expat phenomenon of being a hometown stranger. But within days of landing in Australia this time around, I came to understand how incredibly different returning home on a holiday is to coming back indefinitely. If the essence of the expat phenomenon is feeling like a stranger in your hometown, on vacations back you tend to lean into this sensation. Sure, the foreignness of all the customs and rhythms of life which once were your own is a little unsettling, but, viewed through the lens of a temporary experience, it’s easy enough to navigate.

When you know you’ll be returning to your new life — your new identity — soon enough, you can almost revel in the fact that every ordinary transaction feels a little odd, or that you feel a poignant mixture of connection and distance from your oldest friends. As a transient experience, there’s even a pleasant bittersweetness to not quite fitting in, to getting the royal visitor treatment for a couple of weeks or months, and certainly in seeing the place you grew up in through the eyes of a tourist. It’s strange but invigorating. 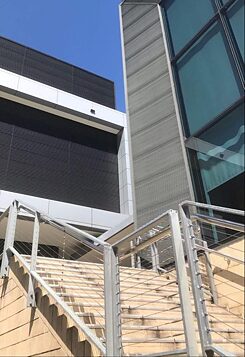 No matter where you look: always blue skies | © Luke Troynar When your visit becomes an indefinite return, however, the whole game changes. Suddenly you’re forced to confront what becomes the very challenging strangeness of feeling like an outsider looking in at your old life, and to find ways of somehow making the old feel new again. Your past must now become your future, but before this can happen, any skeletons you left bundled up in the closet before you flew the coop — I have a hunch that every long-term expat has a few — must be dredged up and dealt with head on.


After what has now been around two months quarantined at my parents' place in North Fitzroy, waiting for restrictions to ease, it’s become hard for me to distinguish between the COVID-related strangeness and the general being-back-in-Australia strangeness of these inordinately strange circumstances. The two have coalesced and congealed into what will forever be remembered as one of my most peculiar chapters.

I feel like my life has been turned upside down within a world turned upside, and the bizarre dreamlike quality of this double inversion has me left me giddy and pining for things old and new all at once. I’m excited for new intellectual challenges here and for reconnecting with the figures from my formative years; but I have a lonely ache for the people and atmospheres from my expat world like that for a limb suddenly removed. My future is very unclear right now, but something tells me Berlin will always be a part of it.