Australian writer and bookseller Madeleine Watts finds comfort and community in Berlin’s collection of English-language bookshops, after recently arriving in the German capital.

Ever since I reached adulthood and started venturing out into the world on my own, I have oriented myself in a new place by visiting its bookstores. Bookstores are quiet, thoughtful havens, offering respite from a day’s troubles. They are also important centres of community, and a good way to read the character and personality of a neighbourhood. You can tell where the artists and anarchists live in a city just as well as you can tell where the new mothers live. I am a writer and a bookseller myself, and so I have a more than a casual interest in bookstores. 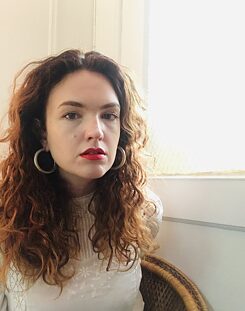 I have spent most of the last decade living in the US, and grew up in Sydney and Melbourne. In English-speaking countries, a bookstore is a fairly straightforward affair for me. Being in Berlin is different.

I can’t speak German beyond a Danke or Entschuldigung at the grocery store, so the beautiful German-language bookstores of Berlin aren’t places I can visit and feel at home. But there are a comfortable number of English-language bookstores in Berlin that cater to the city’s ever-growing English-speaking population, and in my first weeks in the city I became acquainted with as many as I could.


Berlin’s English-language bookstores are scattered all over the city, but they are concentrated in a corridor south of Friedrichshain into Neukölln. Shakespeare and Sons on Warschauer Straße is one of the newest, with a café specializing in New York-style bagels occupying a good third of the floor space. The bookstore is filled with tables full of people typing away on their laptops, and groups of friends catching up in a mix of English, Scottish, and New Zealand accents. I found it comfortingly similar in atmosphere to McNally Jackson, the Manhattan bookstore where I worked for six years. 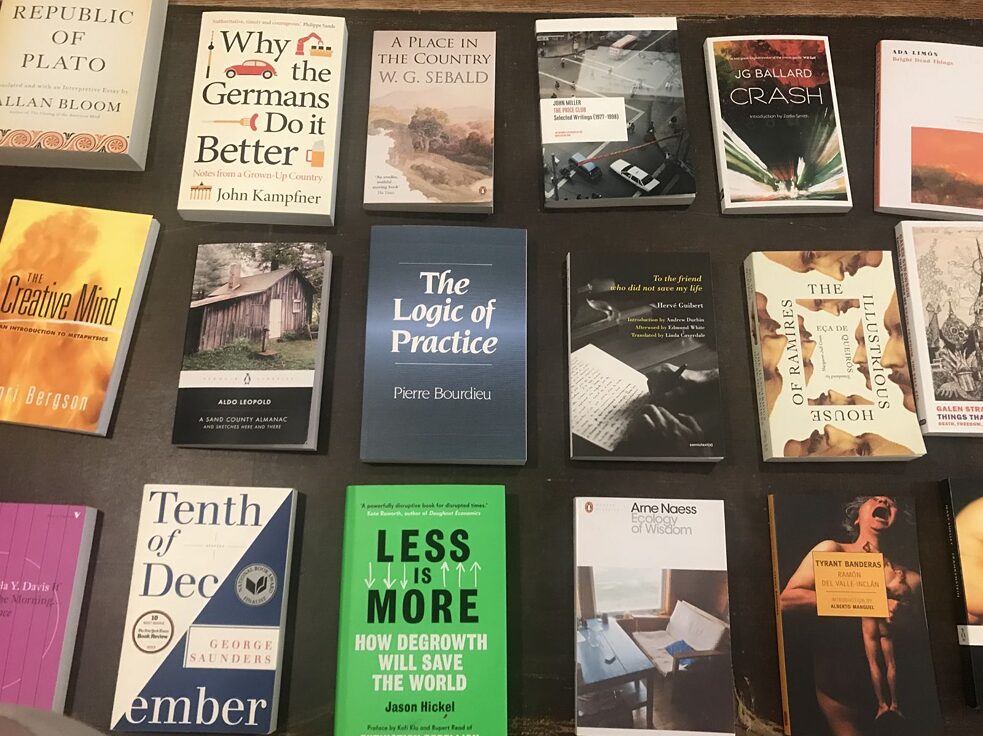 A selection of books at Saint George's bookshop in Prenzlauer Berg, Berlin | © Madeleine Watts Most of Shakespeare’s stock is new, but nearly all of Berlin’s English bookstores stock a mixture of new and second-hand books. This is a great way to track the history of the English-speaking community that’s moved through this city in the last thirty to forty years. Another Country, in Kreuzberg, is one of Berlin’s oldest English-language bookstores, at once an ungodly mess of a lending library as well as playing host to an excellent collection of used books for sale. Books like Andrew McGahan’s Praise, a Brisbane ‘grunge’ novel from 1992, can be found alongside Australian classics by Elizabeth Jolley and Beverley Farmer, a mirror of the long history of Australians moving to Berlin (and bringing their books with them). The Book Nook in Neukölln provides a similar mirror to a long Australian presence, stocking dark green Virago Classics copies of Christina Stead and Katharine Susannah Pritchard novels on their shelves, with inscriptions on the flyleaves from the 1980s. 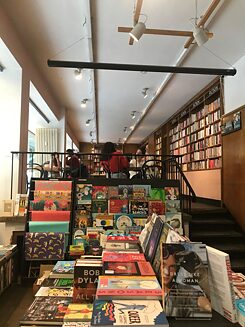 It's a café and bookstore in one at Shakespeare and Sons in Friedrichshain | © Madeleine Watts Having worked as a bookseller in America, I am all too familiar with how difficult it can be to get customers a British title which never got released in America, or an Australian title long out of print. The English-speaking book market is divided into American and British/Commonwealth zones. Books receive different covers and different release dates in their respective markets, and even have their spelling and grammar changed to satisfy audiences (in my own experience, my UK copy editor pushed against my using the word ‘bobby pins’ in my novel, and my US copy editor took all the u’s out of ‘colour’ and changed ‘boot’ to ‘trunk’). So it is strange and delightful to find both markets merged in the bookstores of Berlin.

In most of Berlin’s English bookstores this month you will find the American edition of Elena Ferrante’s new novel sitting next to Fitzcarraldo editions unavailable in the US. At Shakespeare and Sons, the poetry of American stalwarts like Ariana Reines and Jericho Brown sits beside Linton Kwesi Johnson and Carol Ann Duffy, British poets who are hard or impossible to find in America. Saint George’s in Prenzlauer Berg (my personal favourite of Berlin’s bookstores, with the most interesting range of books and the calmest of atmospheres) stocks Canada’s Coach House Press alongside a high-quality philosophy section with works published by Verso, Semiotext(e), Repeater, and an array of university presses. Curious Fox in Neukölln is run by Irish booksellers and hosts an excellent section at the front of the shop devoted solely to contemporary Irish writers, including books by Wendy Erskine, Doireann Ní Ghríofa, and Niamh Campbell, which I have long wanted to buy in the US and been unable to do so. The entire English-language book market is here, all mixed together, in Berlin.

The English-speaking community in Berlin is a melting-pot of Americans, Australians, Canadians, Irish, British, and New Zealanders, who band together in a single community. Everyone who speaks English as their first language is in the same boat, and the bookshops of Berlin reflect that, erasing the Anglophone borders that otherwise exist outside this city.

Madeleine Watts is an Australian writer normally based in New York. Her work has appeared in The White Review, The Believer, and Lithub, amongst others. Her debut novel "The Inland Sea" (Pushkin Press) was released in the UK and Australia in 2020, and will be released in the US (Catapult) in January 2021.