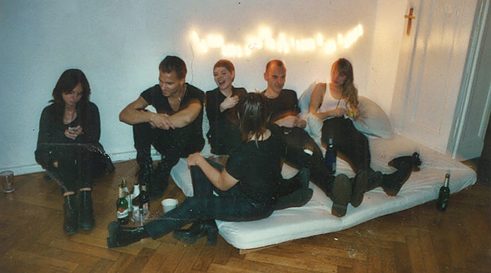 Berlin Peter Panners in the making, circa 2013. | © Isabelle Beyer

In the fictional world of ‘Peter Pan’, Neverland is an imaginary place where children never have to become adults. In the real world, that place is called Berlin. Or so it would seem.

Just ask the hordes of fully-grown men and women—often in their late 20s, 30s, 40s and beyond—queuing every Sunday evening for Berghain, the world-famous techno club and hedonist playground. In Germany’s capital, Berghain is just one of many decadent clubs offering non-stop, around-the-clock indulgence for anyone seeking it; surreal pockets of escapism where the hot throb of bass and a softly illuminated sea of glistening skin extend well into the office hours of Monday morning.

Not all of the older attendees of these parties are fully fledged Peter Panners, of course. Many are dedicated freelancers and artists with flexible schedules and a ‘work-hard-play-hard’ game plan. Quite a few are even full-timers, stealing a cheeky dance in the dark before facing the monotony of the daily grind on Monday morning. But all are united by an underlying trait of pop psychology’s ‘Peter Pan syndrome’: a stubborn refusal to fully relinquish the carefree innocence of youth. A need for life to remain fun. 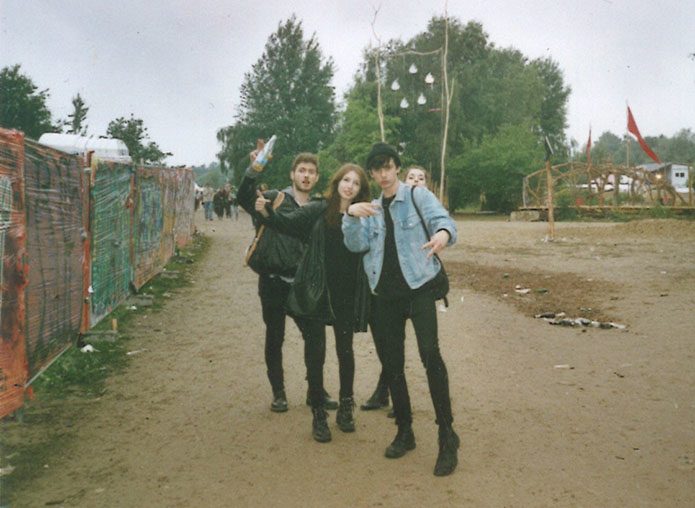 Exploring Fusion Festival, circa 2013. | © Isabelle Beyer Spend some time here enjoying the nightlife (or “24-hour-life”, more accurately) and you’ll find this city is rife with candidates for the diagnosis—those who tend to shirk adult responsibilities in favour of having a good time. Over the years I’ve befriended (and often just as quickly defriended) people from every stratum of the Peter Pan spectrum; ranging from those teetering on the edge of adult ambitions to the distinctly sadder cases, haggard and hopeless but desperately clinging to a flimsy delusion of a clearly long-past youth. The Lost Boys and Girls are here in all their many guises.

Which begs the question: is it Berlin that attracts Peter Pan characters, or do people here develop the so-called syndrome because there’s something in the Berlin tap water? When it comes to partying specifically, it’s surely a question of accessibility. In my hometown Melbourne—and basically any other normal city in the world—you simply wouldn’t have the option to carry on these antics endlessly. At some respectable hour the party would end and you’d be sent home to examine the damages in the harsh light of the bathroom mirror. But in Berlin there’s often only your own self-restraint standing between you and another epic bender.

Of course the idea of chasing one’s youth extends far beyond the premises of the club. Continuing to let your hair down well into adulthood may be the most flagrant marker of the modern-day Peter Panner, but it’s just one behaviour of a mindset that permeates many elements of life in Germany’s own Neverland. And while the ever-paternalistic Dr. Google paints those ‘suffering’ from the syndrome in exclusively pejorative shades, I’m not convinced it’s all pathological. 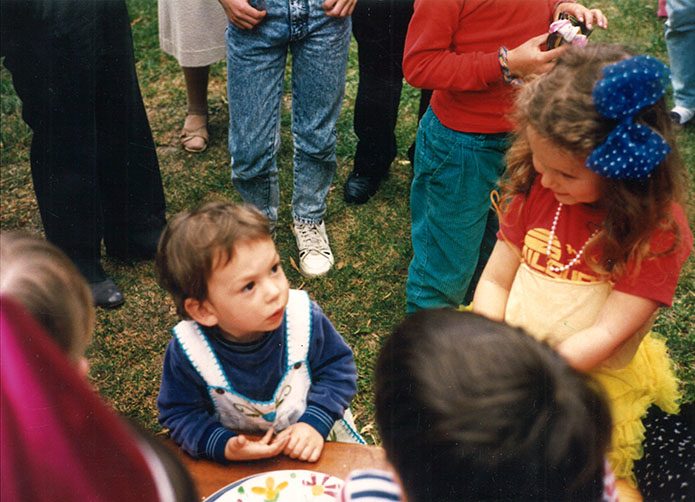 Early Peter Pan days back in Melbourne. | © Luke Troynar Yes, you will grow old and wrinkly no matter how hard you keep dancing. And yes, obviously you’ll want the comfort and security that all the responsibility and hard work of being a grown up bring. The lynchpins of adulthood—fulfilling work, a nice home, committed relationships—are patently things to strive towards to make life both meaningful and sustainable in the long term. But if you stomp out every last ember of youthful wonder and playfulness in the mad rush to get to them, you run the risk of losing the capacity to enjoy the process of arriving. What I love about Berlin is that people here don’t just get comfortable and then focus on getting ever more comfortable until they die—they keep on living.