There are segments of the Berlin Wall located all over the world: in English gardens, in the lobby of a hotel in Texas, along with countless sections in public parks, art galleries and private properties right across Europe.  Now, an original slab of the Wall is going on display in Sydney.

For the past 25 years a section of the Berlin Wall has marked the entrance to a German club in the outer suburbs of Canberra. But the story of how another three tonne section of the wall came to be abandoned in a warehouse in Blacktown in western Sydney, is as quirky as it is mysterious.

Raymond Chim’s family run a manufacturing business in Sydney’s outer west, and over the years have sublet warehouse space, including to a German-Australian businessman called Peter Kubiak. “Around 2002, Peter had a container delivered here with some industrial equipment,” Raymond Chim says. “Nothing unusual about that, but he said it also contained a section of the Berlin Wall.”

At some point, contact with Peter Kubiak was lost and, despite their best efforts, Raymond says his company was never able to track him down. “It’s like it’s always just been here, just sitting in the warehouse, like part of the furniture,” Chim says.  “Eventually we moved it out to the car park and it’s sat there ever since.” 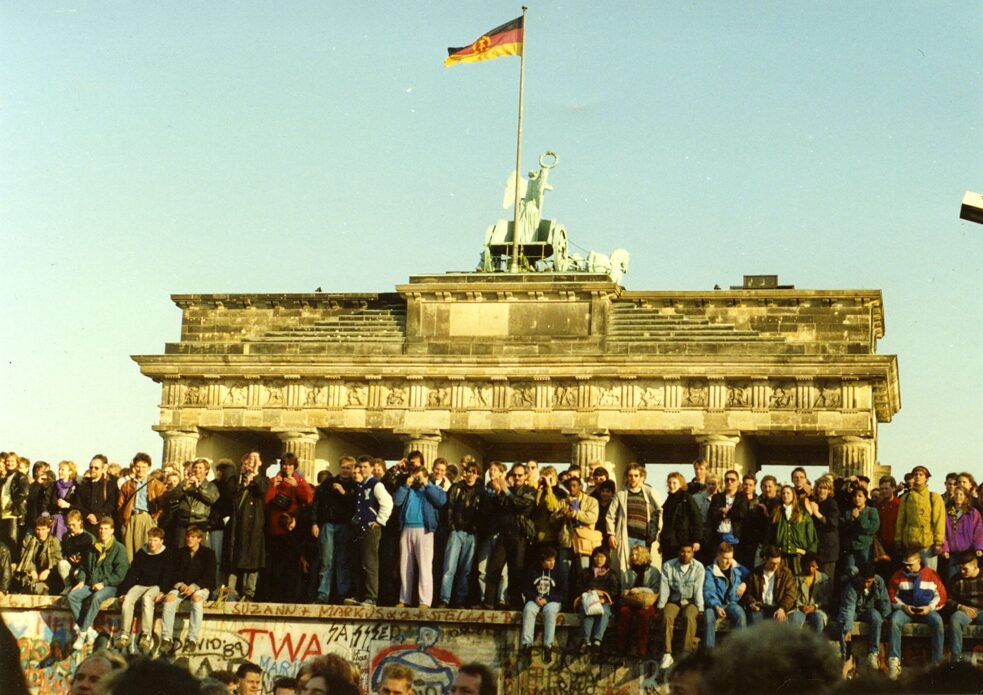 Part of the furniture


Chim says he never gave the significance of the slab that much thought, until last year when a friend took some photos and posted them on Reddit.

“For a long time it was just that slab of the Berlin Wall in our factory, then after my friend took the photos and I began to think about more about it, like ‘Wow that’s a piece of the Berlin Wall.’” Those photos were posted to the social media site Reddit and came to the attention of Sonja Griegoschewski, Director of the Goethe-Institut in Australia.

“We had been looking at ways to mark the 30 years since the fall of the Berlin Wall,” Griegoschewski explains. “When I was shown the Reddit post by an associate at the Germany embassy in Canberra, it was hard to believe - how could this huge section have been lost really for all this time and no one know about it?”

“It was such an opportunity for us, but there was a lot to organize and different things to all go right for this project to come together.”

Griegoschewski organised for the Wall piece to be moved from Blacktown and installed in a public park next to the Goethe-Institut building in Sydney’s east. One side is blank, while on the other a mythical creature is painted with the words “Jeder hat Kraft” – in English, “everyone is powerful” – coming out of its mouth. Griegoschewski says the wall section will form the centre “of a permanent memorial to the Wall that divided a city – my city - and its people for almost 30 years.”


The Berlin Wall was a defining symbol of the Cold War. Hastily erected by the East German regime in 1961, it was a crude but effective attempt to add a physical dimension to the Iron Curtain, the divide that split the East from the West, not just in Europe but around the world.

But in November 1989 the Wall came down as fast as it went up. The end of the Cold War, and the collapse of communism rendered it obsolete almost overnight. And for a long time after it came down, anyone that wanted a piece was welcome to take it.

Raymond Chim was more than happy for his piece of the wall to be re-settled by the Goethe Institute, on the condition they come to collect it. “This was an issue - moving three tonnes of concrete half way across Sydney was complicated and very expensive,” Griegoschewski admits. “But then it all just fell into place.” 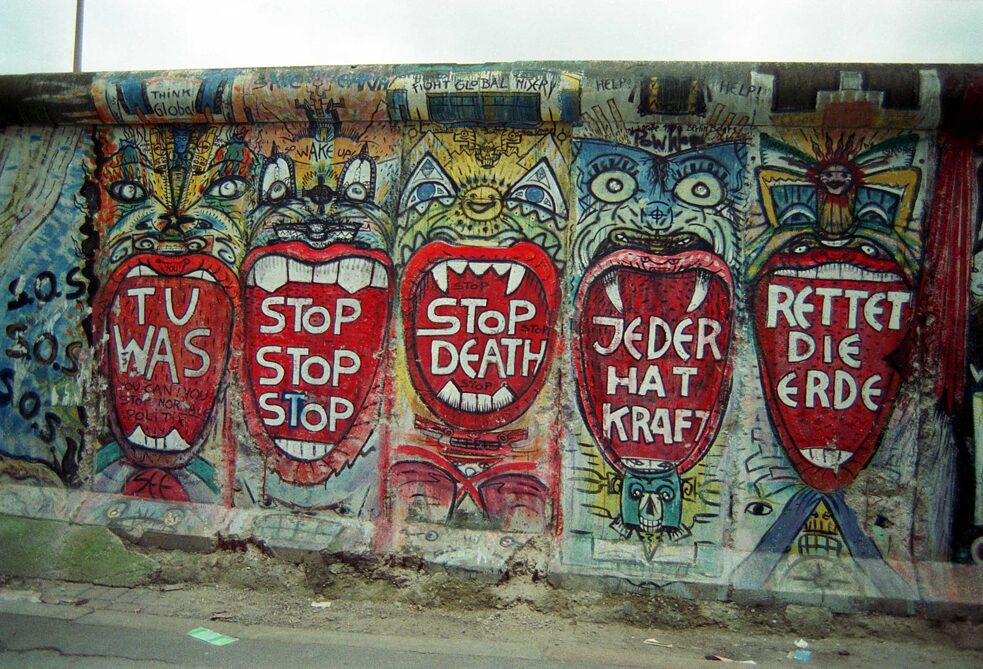 The found segment of the Berlin Wall in its original position in February 1990 | © ullstein bild / Getty Images The head of the Sydney-based logistics firm Henning Harders had strong family ties to Germany through his father and agreed to move the Wall segment for free.

“For Germans, the story of the wall is personal,” Griegoschewski explains.  “It’s not just about history. I’m a Berliner and the wall divided my city for so long. On the 30th anniversary of the fall of the wall this memorial will tell that story.”

Woollahra Council gave formal approval and the wall section was successfully transported by truck across Sydney to its new home.


In something of a twist, the mystery of the wall’s original owner has now also been solved. Peter Kubiak’s daughter Jennifer was alerted to a media report about the discovered piece of Wall just prior to it being moved from Blacktown to the city’s east.

Jennifer Kubiak says her parents separated in 2000 and, when her father died in 2013, the story of the wall went with him. 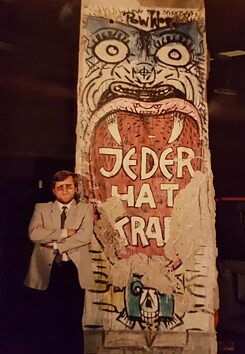 Peter Kubiak with the Berlin Wall segment after it arrived in Sydney circa 1990 | © Jennifer Kubiak “I assumed he on-sold it or had given it away, but I often wondered what had happened to it.”

“It’s really nice to see it going somewhere where other people can enjoy it, but it’s still a very personal connection to Germany for me, and a connection to dad from his past. He was very proud of his background and it was always more than a souvenir.”

Sonja Griegoschewski says that what the Berlin Wall segment represents now is different to when it was a solid barricade dividing Berlin.

“For the three decades the Wall was up, Berlin was a playground for a political game between the superpowers,” she says. “But its end came about through peaceful demonstrations, without bloodshed.”

“In pieces the wall is a symbol of that peaceful revolution rather than when it was the Wall, the barrier that kept us apart.”

The Wall segment was opened to public display on November 23rd 2019 as part of a celebration of 30 years since the fall of the Berlin Wall. It will remain permanently on display in Euroka Reserve, the small park in front of the Goethe-Institut in Sydney.