German-Aussie Stories
“Nothing is ever wasted”

After growing up in the former East Germany and an early career in marketing, German-born Kathrin Longhurst has had a unique journey to now winning one of Australia’s most prestigious art prizes.

Artist Kathrin Longhurst hit the headlines recently after being awarded the Archibald Packing Room Prize for her portrait of beloved Australian singer Kate Ceberano. Behind the Archibald Prize itself, it’s one of Australia’s most famous art awards and marks her as firmly established in this country’s art scene. But, her path to becoming a famous name has had its twists and turns. 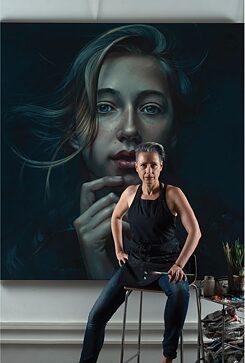 Kathrin Longhurst moved to Australia permanently in 2000 | © Greg Weight Born in the former East Germany before the fall of the Berlin Wall, Longhurst was able to escape to Sweden at the age of 15, together with her family. She studied marketing at Lund University and was, in her words, determined to become a “good little capitalist.”

After moving to Australia in 2000 she eventually left big business behind her though, to concentrate full time on her art and has never looked back. She spoke to Goethe-Institut from her home studio, during Sydney’s most recent COVID-19 lockdown.

Your artwork has an innate attractiveness to it which makes it very accessible. Could that possibly be due to your time working in marketing?

It’s funny you say that, because it's actually deeply rooted in socialist realism. The art I grew up with was figurative and political propaganda artwork. That art, of course, was painted to be accessible to the masses and to indoctrinate and to educate. I didn't see my first abstract artwork until I was in Sweden. I went to the Louisiana Art Museum in Denmark and that's where I first saw abstract painting in real life, because abstract art was always seen as bourgeois and for the rich in East Germany, when I was young.

Obviously I'm now using that style of painting, the propaganda work and all of that, to play with it and to make a bit of a mockery of that style of painting, but at the same time I’m promoting my own agenda. Namely, female empowerment and promoting a different way of looking at women as a subject in art. Throughout history we've seen so many historical paintings with male protagonists. Women are depicted preferably nude, somewhere in the background. I’m trying to change the narrative a bit. Because, I think, if you see a lot of strong female role models, it really changes the narrative in society to women being equal, capable and worthy.

What first motivated you to start working as an artist?

I’ve always drawn and painted, but I think my prospects of becoming a full time artist in the East would have been pretty bleak, especially because you could end up working for the government, doing a lot of government commissions and political work. When I was in Sweden I had always been doodling with the idea of becoming an artist, taking evening classes and joining clubs and so on. But, I didn’t want to be seen as the poor cousin from the East, bludging on society. So I thought I needed to become a good little capitalist and so I did a masters in marketing in the end. And it was so miserable, working in corporate sales and big corporates. I think it just made me emotionally drained and physically sick, I had a lot of health issues.

I just did not want to do that job and ended up throwing it all in in 2003. My whole life was building up towards being something in business and then I just threw it all away. But, I do believe that nothing is ever wasted. Those sort of skills have come very handy later on because being an artist is sort of like running your own business. 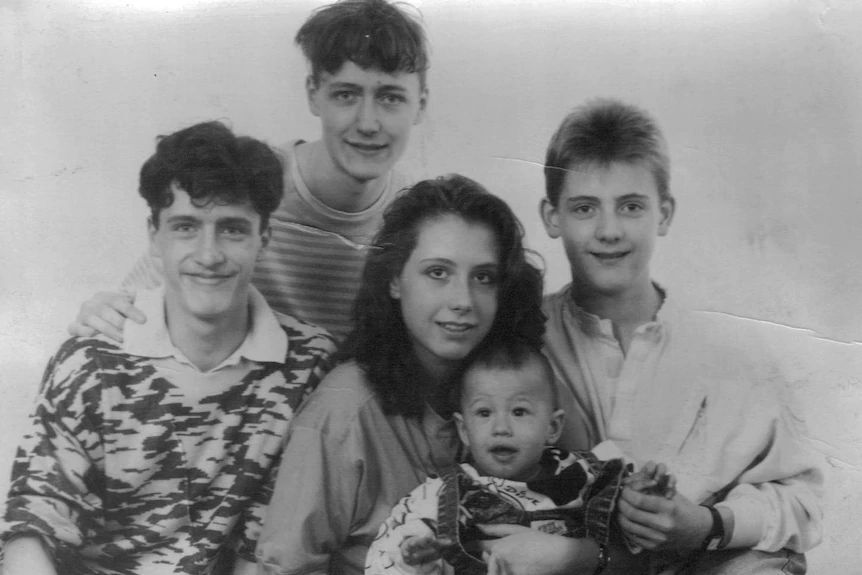 Kathrin Longhurst (centre) during her youth in the DDR | Supplied Recently, your painting of Australian singer Kate Ceberano won the Archibald Packing Room Prize, a prestigious award in the Australian art scene. What did that mean to you to receive that acknowledgement?

It’s been one of the most amazing things that ever happened to me in my career, because a prize like that really broadens your reach and gives you a platform to talk about things you're passionate about. I feel a huge responsibility to use my powers wisely. I’ve been a well-known artist in the Australian art scene for a while, but with the increased reach I get now, people actually start listening to you. So I’m forever grateful to the Art Gallery of New South Wales for providing artists with this incredible platform to get their work out there. But also, working with Kate has just been amazing. She's such a lovely person and I've learned so much from her. She's all about lifting other people around her and helping each other. She's so supportive even though she’s been doing it so tough this last year. I’ve learnt so much about people in the entertainment industry, in the music industry and how crazy their year has been. I mean, for me, nothing has really changed. I'm still in my studio, I'm still selling my work. Exhibitions are now online, they're not in person but I'm still making money. Whereas, if you're performing, there's no alternative, no one is going to pay for a concert ticket on Zoom. It's just not the same thing.

Do you think the COVID lockdowns in Sydney have made it easier for you to work? I guess you have a pretty uninterrupted work day, aside from all these interview requests.

Not really. Most artists I know, they’re quite emotional people. We take things very personally. You take things in, that's what makes a good artist. If you have a lot of empathy, if you can express things deeply, that's what makes good art because people can relate to it and it evokes emotion. But it also makes you very vulnerable when things are not going so well. You take on the burden of the world on your shoulders and you internalise a lot of the pain felt by society. 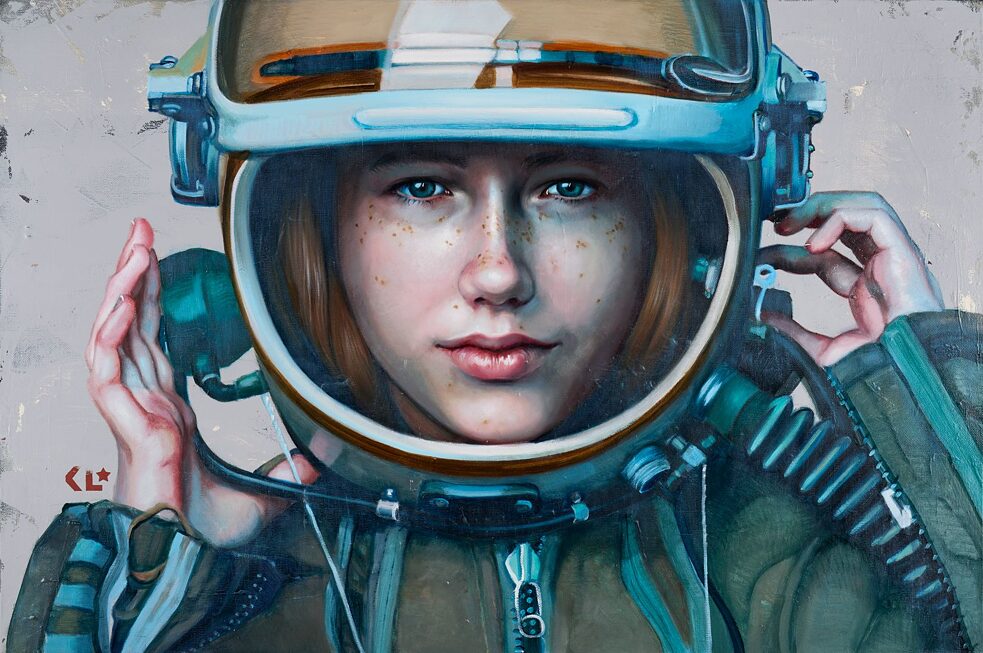 "In Orbit" from German-Australian artist Kathrin Longhurst | Photo (detail): © Kathrin Longhurst So even though I have more time by not going to fancy dinner parties or gallery events because that’s been cancelled, I'm finding I'm really struggling with motivation. So getting work done is really hard because you just get so absorbed in the negativity and the anxiety that's just felt by everyone. You worry about your friends, you worry about your family and it affects your work.

This year, awareness for your art has blossomed though, and now, with this extra accolade, you’ve really pushed yourself into the mainstream. So what happens next?

I think all of us dream about leaving their mark on the planet. For most people, the biggest thing is to make a difference. And I think for me, it's about getting involved in projects that really make a difference. At the moment I’m working on an exhibition with a couple of other artists on refugee issues. It's due to launch at the Manly Art Gallery and Museum on the Northern Beaches but has been delayed due to COVID.

I’ve painted portraits of refugee women because these women are literally the most incredible human beings I've ever met. I am so in awe of where they've come from, what they've been through, and how they have grown out of their experiences into these incredible human beings who are so compassionate, generous and grateful. I have so much respect for them. It’s projects like that which get me out of bed in the morning. That’s what I want to use my “celebrity notoriety” for. If I can do work like that, it makes it all worthwhile for me.