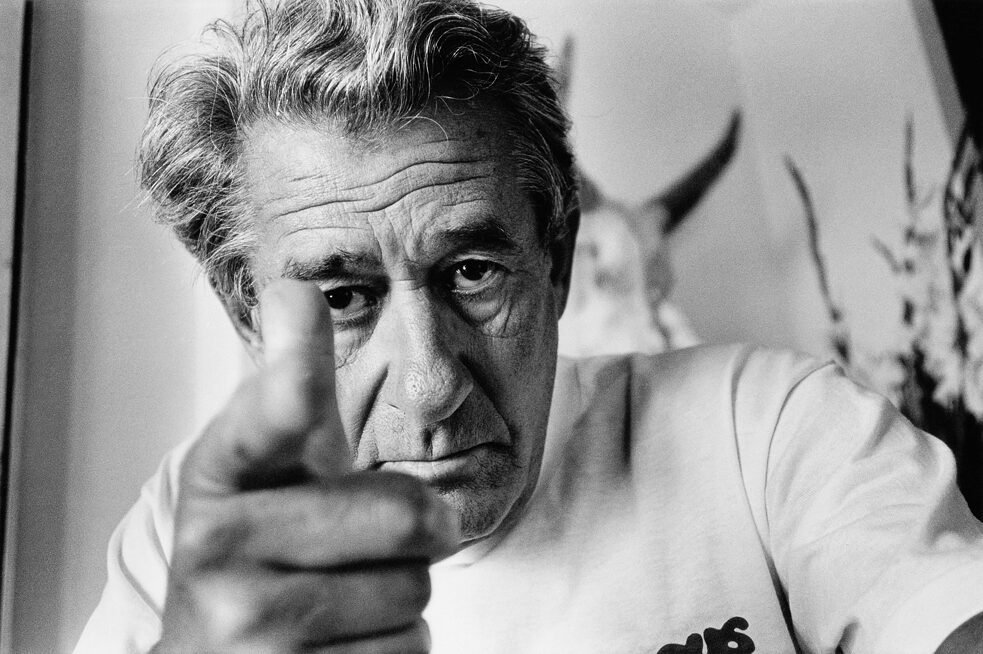 Originally released to mark the centennial of the Berlin-born fashion photographer’s birth, and now screening at Australia’s Jewish International Film Festival, Helmut Newton: The Bad and the Beautiful provides an affectionate snapshot of an exacting snapper — while also stepping through the constant dialogue his work has always provoked.

For every picture that ever made its way from Helmut Newton’s camera to the pages of Vogue, Harper’s Bazaar, other fashion magazines and even Playboy, more than a thousand words were likely spilled. Paragraphs of text may not have always accompanied his photoshoots, but his images have always inspired talk, continuing the visual conversation they present between the Berlin-born snapper and his subjects. Indeed, to peer at his work isn’t a passive endeavour. Neither were Newton’s actions in taking his often-provocative snaps, or the experiences of those posing before his lens. Many things can be said about him, and Helmut Newton: The Bad and the Beautiful utters plenty — spoken by those who worked with him, his wife June and by the man himself — but the fact that his photos constantly demand a dialogue also speaks volumes.

Newton was raised in Germany, in the capital city that he still loved late in his life. During World War II, he charted a path through Singapore to Australia, followed by stints in London and Paris. When he passed away in 2004, he called both Monte Carlo and Los Angeles home, details that writer/director Gero von Boehm covers in his film. But a standard biographical documentary, Helmut Newton: The Bad and the Beautiful isn’t. It’s a reflection, a cinematic repository for many of his iconic images, and a catalogue of thoughts and emotions about the inimitable figure. It’s a warm ode, made with fondness and reverence; a chronicle of his meticulous work; and a grab bag of chatter that surveys many perspectives. How women such as Isabella Rossellini, Charlotte Rampling, Grace Jones and Claudia Schiffer felt standing before him — and it was always women standing before him, and usually naked or close to it — is as much the subject of von Boehm’s feature as Newton himself.

Photographers and their work make interesting documentary subjects, and handy points of focus, too; fill a film’s frames with their striking shots and it’ll look a treat whenever a talking head or archival footage isn’t in the way. Accordingly, seeing is understanding in Helmut Newton: The Bad and the Beautiful, with every image roved over by von Boehm and his six-strong team of cinematographers instantly telling viewers a story. Arrays of snaps from single shoots are placed across the screen like contact sheets, letting viewers spy the minute changes photo by photo — and drawing attention to the fastidious detail in each. Von Boehm has two modes for handling Newton’s work: spread over his frames like panels or writ large, whole images monopolising the screen at once. With both, spotting the artistry behind each image is unavoidable. 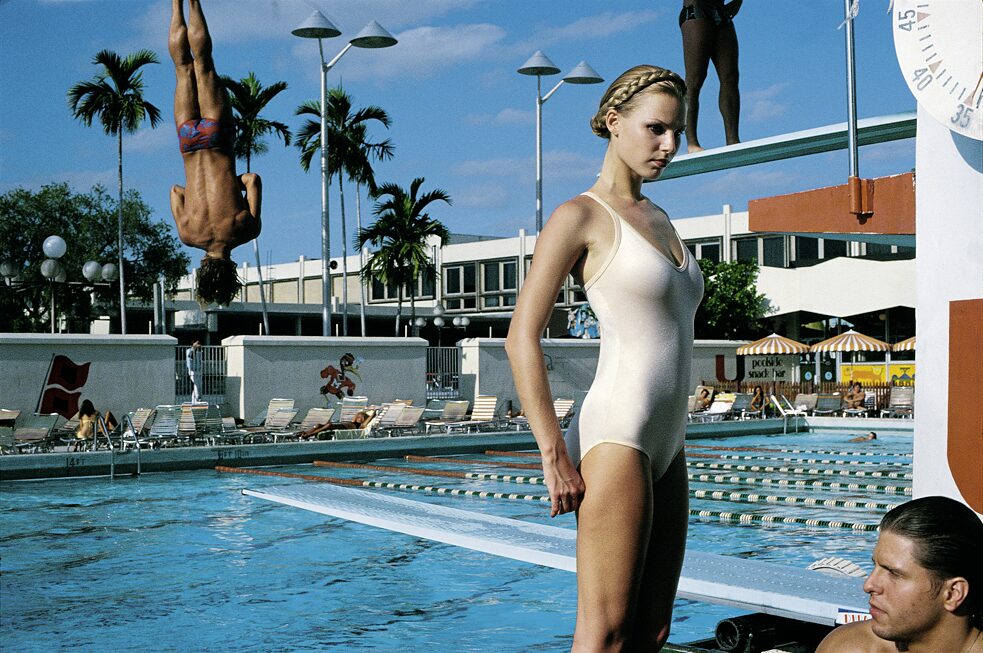 Still by Jiff
Seeing is understanding in an equally important sense, however: spying the attitude that seeps from his snaps that’s long made Newton a controversial figure. His images are iconoclastic, with nude flesh abounding amidst highly structured and stylised setups (once, even nude poultry flesh in high heels). Dripping through as strongly as his keen eye is the sense that the man behind the lens is unshakeably drawn to the unadorned female forms that he spent a lifetime immortalising on film one picture at a time, and yet he’s also shaken by their allure. His images are erotic and powerful, but they’ve also sparked a wealth of other terms — degrading, perverse, fetishistic and exploitative among them — and the act of looking at them one by one, big and small, puppeteered actresses and crocodiles eating ballerinas alike, anchors every word that has and could be flung their way. As Vogue’s Anna Wintour explains about booking Newton, “you’re not going to get a pretty girl on a beach”.

Rossellini, Jones and Rampling were once among those attractive women who weren’t standing calmly on a shore. All accomplished and talented regardless of whether Newton’s lens had ever gazed their way, they all have much to share about their time with him — and it’s this, alongside more from Schiffer, Marianne Faithfull, Arja Toyryla, Nadja Auermann and Hanna Schygulla, that gives Helmut Newton: The Bad and the Beautiful depth. Von Boehm does a fine job of weaving together the necessary birth-to-life data, and of making the most of the footage he has of Newton, but there’s a reason that these standard documentary parts are largely backended, with the women who stood before him pushed front and centre from the outset. Helmut Newton: The Bad and the Beautiful is a hagiography, but it’s one that benefits from contextualising comments by the women whose captured likenesses helped cause all that discussion about its namesake. Their observations and theories resound with potency, including when bordering on calling him out — something that, in an old clip of a French TV appearance, Susan Sontag did overtly.

There’s no doubting that Helmut Newton: The Bad and the Beautiful sides with its subject among all of the accusations of misogyny that’ve ever been levelled his way, but it also enjoys the spirited debate. For a movie about images, it lets chatter flow freely. Nothing is simplistic about Newton, his photographs or the reactions they’ve inspired for decades, so von Boehm dwells in that complexity — including when Rossellini talks about her famous snaps alongside her Blue Velvet director David Lynch, who holds her head in his hands, moves it around and appears to see her as an object for his art as much as Newton does from behind the camera. Jones’ comments, spanning Newton’s disdain for her small breasts and his skill at using shadows artfully in full-frontal shots, are just as layered. So too are Rampling’s, who notes the power she felt and her insistence, through behaviour rather than needing to verbally spell it out, that she would simply do whatever she felt like in front of the lens. Helmut Newton: The Bad and the Beautiful is an affectionate snapshot of an exacting snapper, and unmistakably so, but it’s also savvy enough to know that all the words slung his way are a pivotal part of his tale.

Helmut Newton: The Bad and the Beautiful is is part of the Jewish International Film Festival.
Tickets can be purchased here.

Click here to find out more about the Jewish International Film Festival.