Tattoo art in Australia
Art That Gets
Under Your Skin

Body modification has a long tradition in Australia. As early as the 19th century, convicts tattooed each other in the then-penal colony of Tasmania. Over time, methods as well as clientele and motifs have changed fundamentally.

"I remember at about 12 years old thinking: 'I don't want a normal life'," Australian tattoo artist Rhys Gordon remembers. "I was lucky to stumble across tattooing and I just thought: 'Wow, this is a mystical world.'" After all, the clientele was very different from when Rhys first encountered the scene in 1989. He was only 15 when he received his first tattoo in his hometown of Melbourne, at a time when tattoos were usually only worn by outsiders, sailors and crooks. Soon after, Rhys found himself on the other side of a tattoo machine, decorating the skin of "the rougher element of society", as he himself describes his clientele back then. 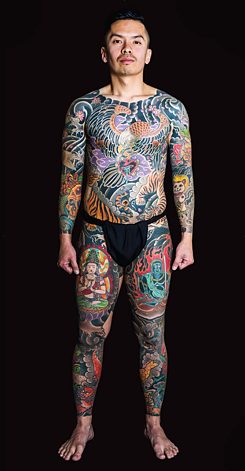 Rhys Gordon's tattoo art | © Emma Salmon "Entering a tattoo studio used to be like walking into a really rough pub," Rhys remembers. In those days, tattooists would just look at you with a snarl as you came through the door. The tone has changed fundamentally since then: These days, you'll receive a friendly greeting, just like at Little Tokyo, the studio Rhys opened in Sydney in 2013. He says a lot of the naughty element and the danger side of tattooing have disappeared, which was all part of the mystique and the magic back in the day. "Over time, tattooing got a little bit diluted and opened up to a wider section of the community," he explains.

Long before the first settlers arrived, body modification existed on the fifth continent. However, Aboriginal people didn't practice tattooing as such: Inspired by their paintings and engravings they performed what's known as "scarification". With scarification, forms and patterns are cut into the skin on specific parts of the body, leaving behind decorative scars that function as stories that are engraved in the body. These stories are about bravery, identity and status or pain, suffering and grief. Depending on their ancestry, Aboriginal people also carved specific patterns as a kind of affiliation mark.

The situation is different in neighbouring New Zealand: The Maori brought their tattoo art, called "Ta Moko", to the islands with them from Polynesia. Here, a pattern is traditionally first worked into the skin with a hammer and chisel and then pigmented with a mixture of soot and fat.

From Stock Designs to Individual Art

Much has changed over time, not just in terms of tattooing techniques but also as far as motifs and their meaning are concerned. In the past, standardised designs dominated the scene. Among the classic motifs you would see hanging on the walls in every tattoo shop in the early days of tattooing were designs like pin-up girls, Jesus on the cross and panthers. "Each shop had its own versions of those motifs, but they were only slightly different artistic representations," Rhys Gordon explains. This started to change around the 1970s: "From then on, tattooists who started pushing themselves in artistic terms established themselves." 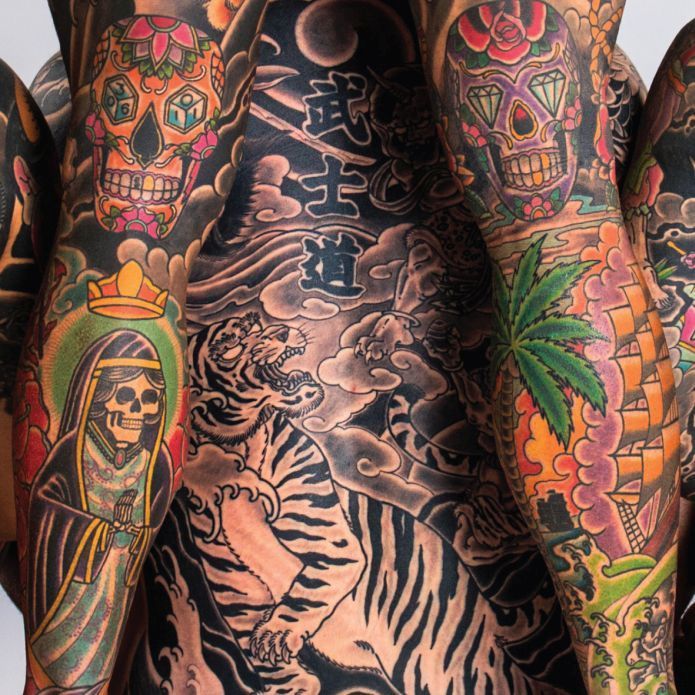 A few years ago, the Internet then spawned the second great turning point, changing the attitude of tattoo artists in particular: the photo app Instagram. "People are image-hungry these days. They just consume visually on a daily basis," Rhys says. The fact that people will look at a photo of a tattoo for just a few seconds before moving on to the next elicits different responses from artists and clients: "It's spurred on the younger generation of tattooists. They're actually quite competitive." On the other hand, clients see the great variety of styles and motifs, leading to higher demands regarding the quality of their own tattoos.

Up until the 1990s, the typical clientele didn't think too much about the meaning of their tattoos. Back then, people would decide on an eagle because it looked cool, whereas now, people might choose an eagle because they consider it their "spirit animal" and it represents freedom. "Nowadays, they've got this big profound idea and they've researched it before getting it done," Rhys Gordon explains.

In the past, the meaning wasn't so much in the motifs as in the act of tattooing itself. The decision to have tattoos automatically entailed the decision to set you apart from the rest of society. For Rhys Gordon, tattoos also have a high sentimental value: "Most of my tattoos have no meaning, but I can look back at them and the times when I got them. So they have a delayed meaning attached to them," he says.

Easier Than Ever: Tattoo Removal

"Tattoos are the ultimate expression of self", Paul Roberts believes. But sometimes people regret choices they have made in the past. Paul himself knows only too well how that feels: He got his first tattoo at the age of 14, and at just 18, he was already tattooed on both arms and legs as well as on his face. Paul soon regretted his decision, and because there weren't any other options back then, he had the facial tattoo surgically removed. These days, he runs a tattoo laser studio called In A Flash on Queensland's Gold Coast and removes unwanted tattoos using the latest laser technology. "One of the reasons I opened the laser studio was because I saw the need to help kids who are in the same boat as me when I was young." That's why Paul removes tattoos on the hands, necks and faces of under-21-year-olds for free. The large majority of his clients, however, want to get rid of the names of ex-partners or badly done tattoos. 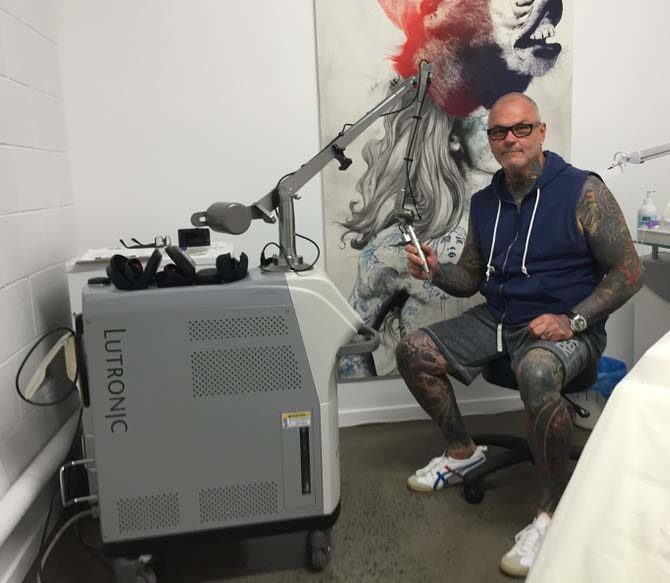 Paul Roberts in his tattoo laser studio In A Flash | © Charlie Roberts The current dynamic trend development and the large input of widely diverse tattoo art can also often trigger a desire to get rid of a tattoo. Something that was fashionable a few years ago may now seem "mainstream" and outdated.

"We have to wait and see how tattoo art will develop from here," Paul Roberts says. "The latest trend is to get eyeball tattoos – and there's no way to ever remove those."

Lisa Carbonaro is a German-Australian freelance journalist. Body modification has fascinated her since her early youth.