Exhibition A Circle Full of Ecstasy

A Circle Full of Ecstasy is the captivating art exhibit created by German visual artist Edgar Leciejewski in 2017, which will be shown for the first time in Australia at this year's Ballarat International Foto Biennale (BIFB), as part of the Core Program (Outdoor).

Edgar Leciejewski is a German visual artist, originally from Berlin, who now lives and works in Leipzig and Ho Chi Minh City, Vietnam.

Since 2001, Leciejewski has shown his artworks in various exhibitions, including exhibits at Schirn Kunsthalle Frankfurt, Kunsthalle Wien, Museum der bildenden Künste Leipzig, amongst others. 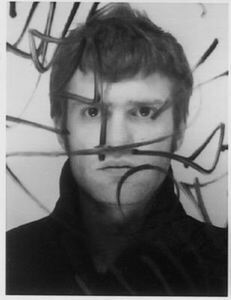 © Edgar Leciejewski Leciejewski's photography incorporates an experimental and analytical style, which he achieves through various media and artistic processes. Through his art Leciejewski examines the scientific uses of photography and observes the resulting influences on society, and our individual and collective existence.

A Circle Full of Ecstasy consists of 77 portraits of various international politicians, all of which come from a collection of press photos that Leciejewski himself put together over the course of sixteen years. The portraits were transposed into cyanotypes by a photo printing process that creates the characteristic cyan-blue colour tones.

All the figures in A Circle Full of Ecstasy are shown to be raising their right hand to greet their audience. They are arranged purposefully, so that the figures in the pictures complete a full 360 ​​° counter clockwise from the first image to the lass, looking from left to right, top to bottom. This visual metaphor seeks to unite the world through the daily greeting of the political elite.

Although the pictures were all taken at different times within the sixteen year period, they are nonetheless united by the visual rhetoric Leciejewski creates through the photo series whereby he invites the onlooker to slow down the act of seeing and looking until time neither stands still nor flows linearly. Like all great artists, Leciejewski seeks to answer some of the most pressing questions of our time which plague modern photographers, such as: how can a person fit as much time as possible into a single photographic image? Leciejewski's ability to combine the past with the present within a series of images fits well with the theme of this year's BIFB: Past.Tense.Now.

We are pleased to partner with the BIFB for the Australian premiere of A Circle Full of Ecstasy. The BIFB was founded in 2005, and is one of Australia’s “pre-eminent” photographic festivals. As its name would suggest, the festival is held every two years, and attracts both international and Australian photographers, showcasing work that is new, previously unseen in Australia or contextualised afresh. A not-for-profit event that immerses the historic town of Ballarat in photographic art, the BIFB has enriched the cultural landscape of regional Victoria. It has succeeded in attracting more than 200,000 visitors to Ballarat over the course of 16 years. This year the BIFB celebrates its 9th festival which commences on the 28th of August and will run until the 9th of January, 2022.

For more information about the other artists who are to be featured at this year's BIFB be sure to take a look at the full program here.