Brazil was the last country to abolish the slave system; it was abolished only in 1888, after USA and Cuba. Brazil had enslaves working people all over the country and has received almost 45 percent of the Africans that were forced to leave the continent and to cross the Atlantic Ocean. Different nations have arrived in the country and have created a very violent but also a very mixed society.

Miscegenation is not just a question of mixing, or putting people together, but also a form of separation. This is why a very hierarchized and violent society was developed in Brazil. Nevertheless, at the same time, this new diaspora has created original forms of circulation of ideas, foods, tissues, smells, rituals, religions, words, and symbols. Brazil was immediately connected to this new circuit that separated and put together Africa, Europe, and Amerindian groups. During some time, mainly under the First Republic in Brazil, and the post-abolitionist period, the “past remained in silence”. And this kind of social invisibility persists until nowadays. It is easy to note discrimination in the national census, which shows inequality in the access to work, public spaces, health and education. Inequality is a deep problem in the world, but a persistent and continuous challenge in Brazil. Nevertheless, since colonial times, Africans have showed the impossibility of defining the slave system without putting together another side or aspiration: freedom.

This presentation aims to “put together” some data and a lot of iconography, showing how this Afro-Atlantic history has created languages in common and visual forms that have also traveled in the slave ships.

11:00 | "It Is Dark and Damp On the Front - Treading the Sonic Path of Halim El-Dabh", BY Bonaventure Ndikung

This lecture takes its cue from the 2007 eponymous album “The Dog Done Gone Deaf” by composer, musicologist, educator, sound artist and panafricanist Halim El-Dabh. El-Dabh’s electronic music, music for chamber, percussion ensembles, orchestra, concerto, wind ensemble, choral music, dramatic music and film music stand out as some of the most daring and innovative of the 20th century. This lecture will offer a possibility of a counter narration and a re-configuration of a genealogy of sound art history, albeit from within. “It Is Dark and Damp On the Front” will be an effort to lay bare El-Dabh’s musical dexterity, the sophistication and complexity of his artistic oeuvre – which integrates allegories, myths and pluriversal cosmogonies – that spanned a period of seventy years.

It is true that since an excerpt of his 1944 composition “The Expression of Zār” was released under the title Wire Recorder Piece on CD in 2000, El-Dabh has been celebrated in art music circles as one of the first composers to use the techniques that Pierre Schaeffer was later to use in 1948, thereby giving birth to musique concrète. But it is also true that El-Dabh’s practice can and should not be reduced to references of the Western canon (although he played with/for Alan Hovhaness, Henry Cowell, John Cage or Martha Graham amongst others), as his musical philosophies lie deeply rooted in African, Afrodiasporic and Arabic musical traditions, and his compositions and experimentations surpass the framework of musique concrète.

The lecture will be an effort to put a spotlight on a forgotten forerunner of Sound art, an imperative figure in what one might call an Afrosonic art practice, and reflect on and disseminate El-Dabh’s aural epistemologies.

The descendant of the Cabinet of Curiosities, the so-called Ethnographic museum, this 19th century European colonial invention, represents a political minefield today. This cultural institution is inconsistent in terms of today’s postcolonial condition and does not reflect at all the historical and current geopolitical circulation of people, objects and ideas. This stubborn identity crisis of the western ethnographic museum doesn’t seem to see the end and the difficulties it is facing in Europe in order to offer a new museum model trying to take into account all different kind of expectations from very different audiences, reflects this. So what could mean an ethnographic museum with holdings mostly collected during the colonial era, classified in colonial categories by a Western elite in this 21st century? How to echo the stories of the Atlantic inside the museum space that connect our three continents but which are still neglected?

To do so the museum will have to blur the geographic boundaries, mixing objects and stories of any category, blurring disciplines and classifications. This approach is presently sketched in the exhibition “Prolog #1-10 Stories of People, Things and Places” I curate and which I will refer to in my talk.

I suggest the Museum not just as a place of “Con-Ser-Vation” of objects and cultures but rather a place of  “Con-Ver-Sation”. This means a museum that has to be considered as a place where one promotes practices of cross-conVersation, cross-conServation, cross-contextualization and cross-experimentation, that opens up the European or western worldview by highlighting a plurality of history and histories This new museum will have to reshuffle the collection and its stories in order to create a narrative cacophony or in other words a “Cabinet of Curious Histories”.

The “Echoes of the South Atlantic” supports the idea of multi-perspectiveness. Therefore, instead of pre-defining curatorial and thematic lines, the panels will propose an interesting and diverse group of people (from Africa, South America and Europe) with no direct link between their respective fields of work. The panels will then start with each panelist elaborating on their respective connection to the South Atlantic and their work or approach (10 min). These introductions should kick off a valuable discussion between the panelists, the moderator and the audience. As a final task, the panelists should find a title for each of their panels.

Cousine from Bahia with Vilson Caetano and Solange Nsaba

20:00 - 22:00
Cássio Bomfim
Venue: Foyer at the Theatre of the Goethe-Institut Salvador 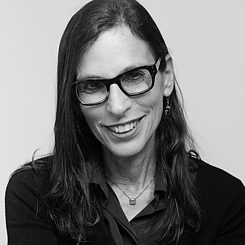 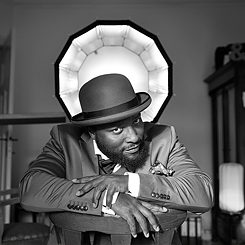 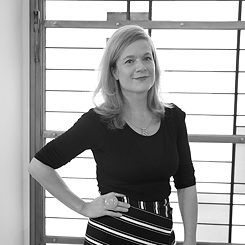 Over 60 people from South America, Africa and Europe take part of the conference.