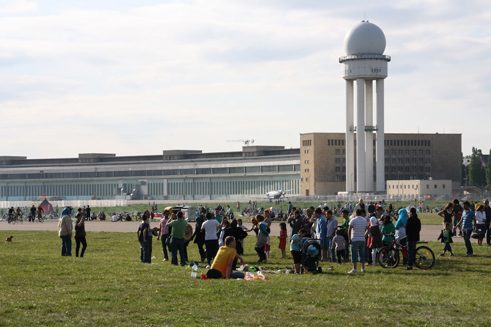 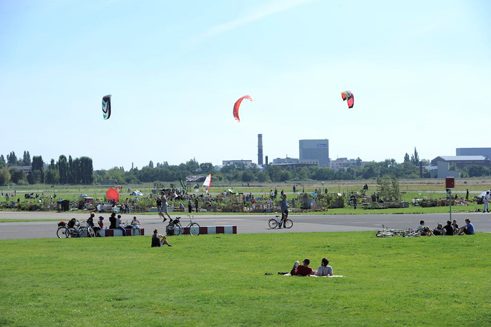 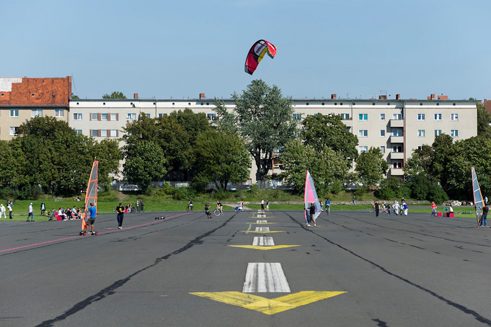 Airport terminal with radar station | Photo: Tempelhof Projekt GmbH Plans for the future also exist for the landmarked, 300,000m² airport terminal adjoining the Tempelhofer Feld. The hall is leased out for festivals, trade fairs and concerts, refugees are living in one of the seven hangars. The Berlin Senate is planning to open a walkable gallery of history on the building’s 1.3 km-long roof. Even more spectacular is the proposal by architect Arno Brandlhuber. To relieve the housing shortage, he would like to add eight storeys to the building as a whole. In this way, 3,500 flats would be made available, the same number that were originally planned for the Tempelhofer Feld. Preserving space and building flats: both would be possible. Perhaps the Tempelhofer Feld is a place where pioneering spirits and uncommon ideas can flourish and prosper especially well.Merken