Yesterday, the prize was awarded in Munich for the last time. The president of the Goethe-Institut, Klaus-Dieter Lehmann, sat on the jury. “The three awardees of the 2017 Adelbert von Chamisso Prize once again reveal the allure of this unusual prize. Their books are simply sensationally good, an enrichment. It’s not for nothing that so many authors travel between the Goethe-Instituts on reading tours! I enjoyed being part of the jury for the Chamisso Prize.”

This year, the Robert-Bosch-Stiftung awarded Abbas Khider the Adelbert von Chamisso Prize for his complete works. We interviewed the winners of the promotional prizes, Barbi Marković and Senthuran Varatharajah:

Ms Marković, what do you aim to convey with 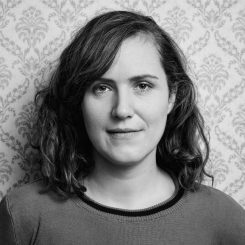 Barbi Marković | Photo: Yves Noir your novel Superheldinnen?
Three of the messages in Superheldinnen are, “‘Help!’ ‘Shit!’ ‘Class struggle!’” The truth is that I did not aim to send a message, but to make a status report of urban life with a focus on desperation, precariousness and the absurd. 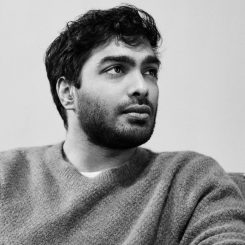 Your novel Vor der Zunahme der Zeichen is structured like a Facebook dialogue. When was the last time you sent analogue post?
The day before yesterday: a letter to the tax office.