With her “Madgermanes”, Birgit Weyhe has revisited Afro-German history, and in a certain way a part of her very own biography. This year, she is among the guests at the festival BD in Montreal.

“What feeds memory?" Birgit Weyhe's comic book Madgermanes begins with this question, three fictional stories inspired by real events. They are composed of moments lived, of memories that Birgit Weyhe has condensed into a kind of drawn documentary, told in the style of a diary.

In Mozambique, Madgermanes is the name given to those who came to the socialist brother country GDR as contract workers in the late seventies, probably around 20,000 people. With the collapse of the GDR, their residence and work permits expired. Most of them returned to poverty in Mozambique, which had been devastated by the civil war, where their professions were of no use to them and where they are still waiting for part of their wages.

Birgit Weyhe, who herself grew up in Uganda and Kenya, spoke with Madgermanes for years and brilliantly illuminated this chapter of our history in her current book. She was awarded the prestigious Max and Moritz Prize in 2016.

On the occasion of the Frankfurt Book Fair 2017, she answered questions in a comic interview about her work and about France, the host country of the Book Fair this year.


Where do you get the inspiration for your comics? 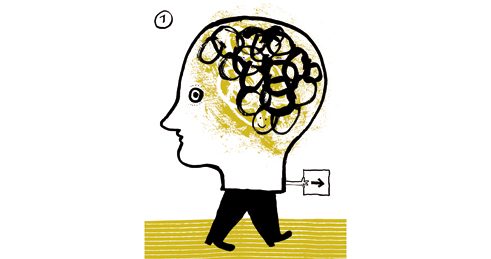 Photo (detail): © Birgit Weyhe What German personality should be immortalized in a comic of their own? 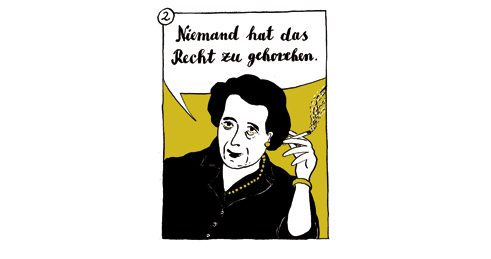 Photo (detail): © Birgit Weyhe What image of Germany would you like to convey outside the country? 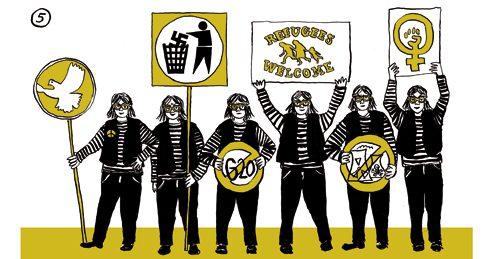 Foto (Ausschnitt): © Birgit Weyhe France is this year’s Book Fair Guest of Honour: Please show us one of your figures in the French version.
Liberté, égalité, fraternité – and what would you go on the streets to protest about? 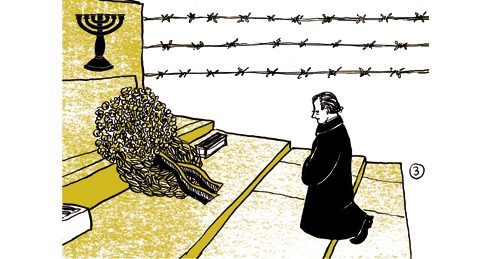 Also in 2017, Birgit Weyhe was among the artists who participated in the Goethe-Institut Picture Politics project. Hasan and Hans is about two young people who were born at the same time, but in different parts of the world and under different circumstances.

While Hasan in Afghanistan struggles tirelessly with the ever-changing political challenges and relentlessly seeks solutions, Hans stumbles despite the much smaller obstacles he faces. It poses the question of what and who decides our path in life, and why nationality as a factor of chance should be the decisive yardstick. It concludes that only if there is a conviction that all human beings are equal individuals, without dividing them into national, religious or racist categories, will it be possible to live together without fear and violence. 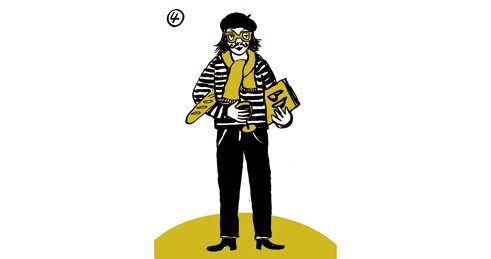 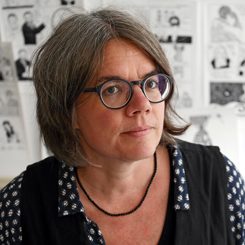 Birgit Weyhe | Foto (Ausschnitt): © privat Birgit Weyhe grew up in Kenya and Uganda. After graduating from high school she returned to Germany. She studied history and literature, later illustration at the University of Applied Sciences in Hamburg.

Birgit Weyhe was born in Munich in 1969. She spent her childhood in East Africa and studied literature and history in Constance and Hamburg. In 1997 she received her Magister Artium (Master of Arts).

In 2002 she began her illustration studies at the Hamburg University of Applied Sciences. Since her diploma in autobiographical comic storytelling, she has worked as a freelance illustrator and comic draftswoman. Her works have been shown in numerous exhibitions at home and abroad and published in various international magazines and anthologies.

On behalf of the Goethe Institute she has given lectures and workshops in several countries and participated in artist exchanges in Sao Paulo and Helsinki. Since 2012 she has been a guest lecturer at the University of Applied Sciences in Hamburg, where lives with her two daughters and her partner.