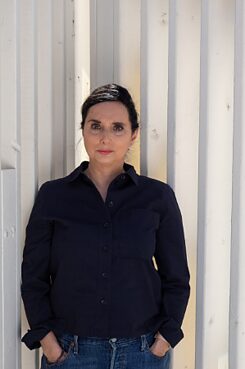 Catherine Mavrikakis | © Sandra Lachance Catherine Mavrikakis (Quebec)
Catherine Mavrikakis was born in Chicago in 1961, and is a Quebec writer and essayist. She has published eight novels, including La ballade d’Ali Baba, Les derniers jours de Smokey Nelson, Le ciel de Bay City, Oscar de Profundis and L’Annexe and is the author of an oratorio, Omaha Beach. She also writes essays, including Diamanda Galás, Guerrière et gorgone and L’éternité en accéléré. Her books have been translated into several languages and have won numerous awards, including the Prix des libraires du Québec and the Prix littéraire des collégiens. 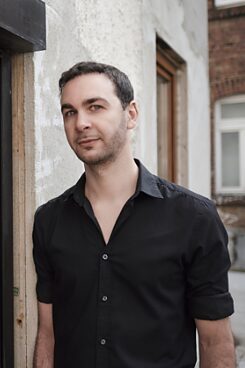 Pierre Jarawan | © Marvin Ruppert
Pierre Jarawan was born in 1985 to a Lebanese father and a German mother and moved to Germany with his family at the age of three. Inspired by his father’s imaginative bedtime stories, he started writing at the age of thirteen. He has won international prizes as a slam poet, and in 2016 was named Literature Star of the Year by the daily newspaper Abendzeitung. Jarawan received a literary scholarship from the City of Munich (the Bayerischer Kunstförderpreis) for The Storyteller, which went on to become a bestseller and booksellers’ favorite in Germany, the Netherlands, France, and Brazil. Song for the Missing is his second novel.

Read the letter exchange here in French and German), English will follow here on September 30.