Earlier this year, we asked 10 Canadian and 10 German authors and illustrators

„What does reconciliation mean to you?“

We received a host of varied responses to this question, each based on the author’s personal context.

To explore this theme further, we asked Catherine Emmanuel Brunet to moderate a discussion between three of the authors who took part in this project : Burcu Türker, Julien Dallaire Charest, and Whess Harman.

Register here
The 20 comics we received for this project are available online here : goethe.de/canada/reconciliation 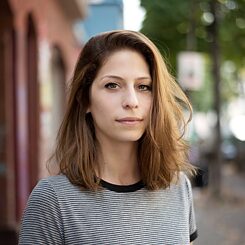 © Schirin Moaiyeri Burcu Türker, born in Erlenbach, studied at the School for Fashion, Graphics and Design in Offenbach, Communication Design at the Darmstadt University of Applied Sciences and Visual Communication and Illustration at the Kassel Art University, where she was a master student in the Illustration and Comic class with Hendrik Dorgathen.
In 2012 Burcu Türker co-founded the artist collective Die goldene Discofaust. She lives in Berlin. 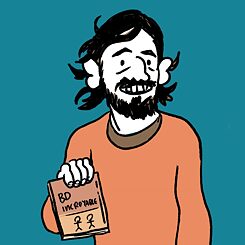 © Julien Dallaire Charest and rock'n'roll. He produces comic book interviews for the record store Knock-Out and designs covers for children's novels (L'abomination du Lac Crystal). Active both in collectives and in self-publishing (Copinet Copinot, Serge, Pogneurs de spectres), he is currently working on a solo comic album while engaging actively in the cultural scene of Quebec City. 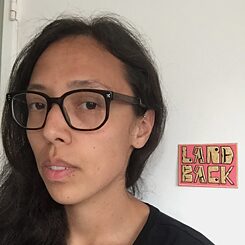 © Whess Harman Whess Harman is Carrier Wit’at, a nation amalgamated by the federal government under the Lake Babine Nation. They graduated from the emily carr university’s BFA program in 2014. They are currently living and working on the territories of the Musqueam, Squamish and Tsleil-Waututh.

Catherine Emmanuel Brunet has been cultivating her two 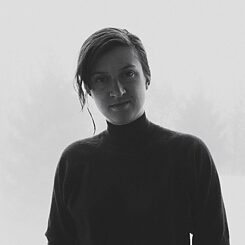 © Catherine Emmanuel Brunet passions, literature and documentaries for more than 10 years. She works as a researcher, screenwriter and script-editor for feature-length documentaries and documentary series on TV5, Crave, Canal D, Radio-Canada and Unis TV. She is the recipient of a 2020 Gemeaux Prize in the documentary research category. She also hosts a literary criticism radio show, as well as round tables and interviews at the Montreal Comic Arts Festival and the Montreal Book Fair.